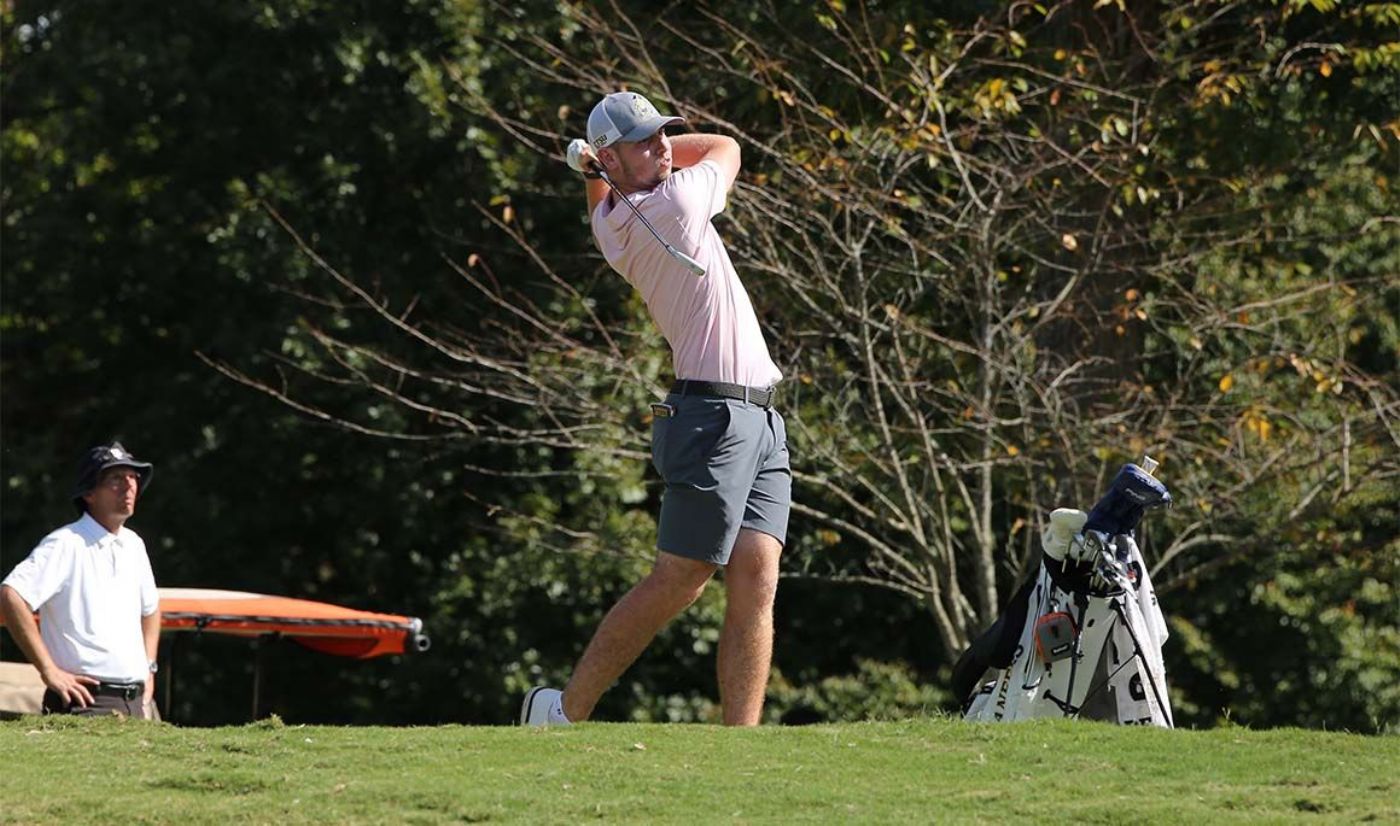 Davies cards 6-under-par round; sits third on the leaderboard

ALPHARETTA, Ga. (Oct. 22, 2021) – The ETSU Men’s Golf team did not suffer from a victory hangover in the opening round of the prestigious Golf Club of Georgia Collegiate. Fresh off a victory in their own home tournament, the Bucs opened the event with a 9-under-par (279) round at the Golf Club of Georgia in Alpharetta, Ga. The Bucs are sitting solo third after the strong start to the event.

ETSU received a huge boost from Archie Davies (Carlisle, England) who opened the event with a 6-under-par (66) with seven birdies and one bogey, sitting in solo third on the leaderboard. Davies began his round on the back nine, starting with a par on the 10th hole before posting back-to-back birdies to jump to 2-under-par. The England native made the turn at 2-under-par with one additional birdie and one bogey on the back nine. Davies played a flawless final nine holes with four birdies and five pars, climbing all the way to 6-under-par in the opening round. The 6-under-par (66) is the lowest round of the season for Davies.

Ben Carberry (Bonnybridge, Scotland) and Mats Ege (Kristiansand, Norway) aided the Bucs with a pair of under-par rounds themselves. Carberry opened the tournament with a 2-under-par (70) to sit in a tie for 14th. Carberry opened his round with a bogey and rebounded with back-to-back birdies on the 13th and 14th hole to climb into red figures. A bogey on the 15th dropped Carberry back to even par, a score he would hold until birdies on No. 7 and No. 8.

Ege kicked off his round with eight consecutive pars before his first of two bogeys on the par-5 18th hole. The ETSU newcomer rebounded with a birdie on the par-5 1st hole to jump back to even par. Ege held his even-par score until birdieing two of the final five holes with one bogey in between, finishing 1-under-par (71) in the opening round. Ege is currently tied for 26th in the field.

The final scoreable count for the Blue & Gold came from Remi Chartier (Montreal, Canada). The redshirt-sophomore was methodical in his opening nine with nine consecutive pars. Chartier then tallied birdies on holes No. 1 and No. 3 to climb to 2-under-par. Unfortunately for Chartier, he dropped back to even par with bogeys on No. 7 and No. 9, concluding his round in a tie for 32nd.

Pepperdine’s Joe Highsmith was one shot off the tournament record, turning in a 9-under-par (63) opening round. Highsmith is followed by Wake Forest’s Alex Fitzpatrick (-8) and ETSU’s Archie Davies (-6).

ETSU will tee off on the back nine again tomorrow, this time starting at 9:20 a.m. with Ben Carberry leading the way. The Bucs will be playing alongside Stanford (-2) and defending tournament champion Duke (-8).