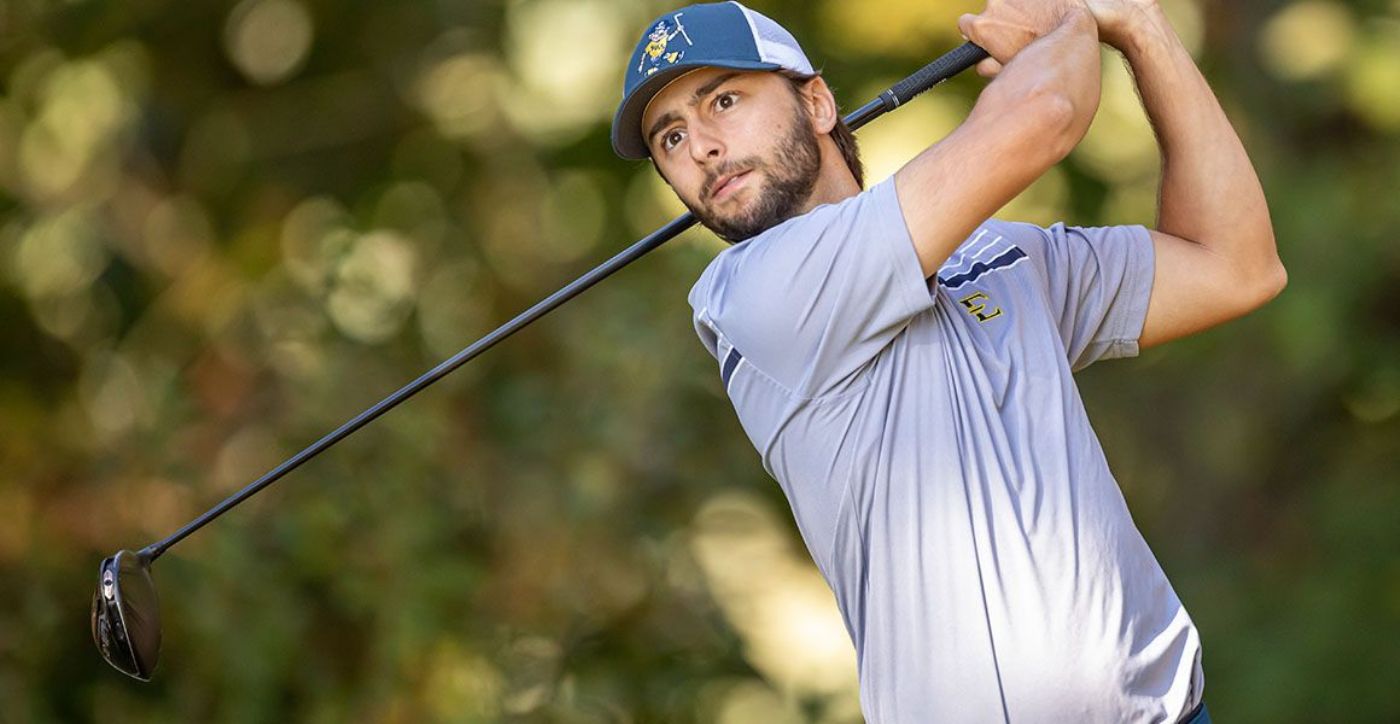 Bucs Sit Middle of the Pack After Day Two

ALPHARETTA, Ga. (Oct. 23, 2021) – The ETSU Men’s Golf team dropped three positions on the team leaderboard despite posting a 4-under-par (284). The Bucs dropped to sixth in the team standings, just two strokes behind Stanford for fifth on the leaderboard.

Day two belonged to both Remi Chartier (Montreal, Canada) and Archie Davies (Carlisle, England) who finished with bogey-free rounds. Chartier finished the day with a 3-under-par (69), jumping 17 spots up the leaderboard into a tie for 15th. The Canada product wasted no time in getting in red figure with a birdie on the par-5 11th hole, his second hole of the day. Chartier made the turn at 1-under-par (35) before posting a birdie on the par-5 1st. The final red figure of the day for the redshirt-sophomore came on the par-4 7th hole to cap off a strong second day.

Mats Ege (Kristiansand, Norway) also carded a 2-under-par (70) second round, with much more disparity in his scores. On his opening nine, Ege finished with two bogeys and one birdie to make the turn at 1-over-par (37). Ege responded with three consecutive birdies beginning on hole No. 1 to jump to 2-under-par. The redshirt-freshman transfer played his final six holes at even-par, sitting in a tie for 15th alongside teammate Chartier.

Both Ben Carberry (Bonnybridge, Scotland) and Algot Kleen (Fiskebackskil, Sweden) finished the day with 3-over-par (75) rounds. The duo had similar rounds with two birdies apiece, three bogeys and one double bogey. Carberry now sits in a tie for 42nd overall at 1-over-par for the event.

Pepperdine remains atop the team standings after another 13-under-par second round, now sitting at 26-under-par (550) for the event. The Waves are followed by Texas A&M (-22) and Tennessee (-18).

Pepperdine’s Joe Highsmith fired yet another low round, this time carding a 7-under-par (65) to hold a two stroke lead at 16-under-par. Highsmith is trailed by Wake Forest’s Alex Fitzpatrick (-14) and Stanford’s Karl Vilips (-10).

The Bucs will play the final round alongside Wake Forest and Stanford, beginning at 9:25 a.m. with Algot Kleen teeing off on hole No. 1.