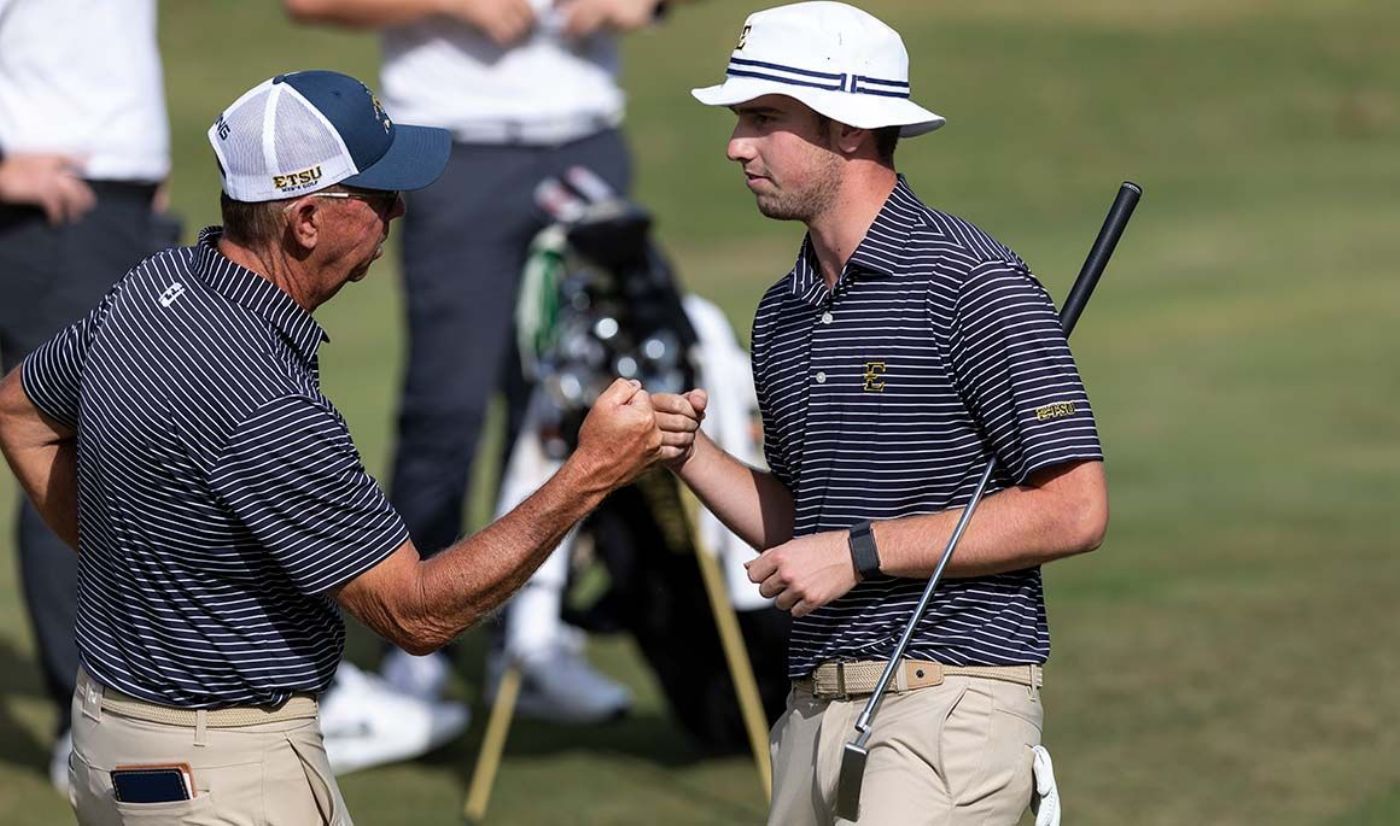 ALPHARETTA, Ga. (Oct. 24, 2021) – It was a tough going for the ETSU Men’s Golf team in the final day of the 2021 Golf Club of Georgia Collegiate. ETSU began the day in sixth and dropped three spots into a tie for ninth following a 5-over-par (293) final round.

The Bucs were led by redshirt-sophomore Archie Davies (Carlisle, England) as the only Buccaneer under par. Davies fired a 2-under-par (70) to finish in a tie for 6th overall, his second Top-10 finish of the season and ninth of his career. Davies’ front nine was a roller coaster ride with five birdies and two bogeys. The England product began his final round with a pair of birdies before dropping a shot on the third hole with his first of two bogeys on the front nine. Following a birdie on the fifth and a bogey on the seventh, Davies closed the opening nine with birdies on holes No. 8 and No. 9, making the turn at 3-under-par (33). Davies played the final nine at 1-over-par (37) with a lone bogey on the 15th hole.

The duo of Algot Kleen (Fiskebackskil, Sweden) and Remi Chartier (Montreal, Canada) each finished 2-over-par in their final rounds with nine combined birdies between the two of them. Unfortunately for the Buccaneer pair, they also combined for eight bogeys, one double bogey and one triple bogey. Chartier turned in a T-29th performance, while Kleen finished solo 73rd.

Ben Carberry (Bonnybridge, Scotland) finished his final round at 3-over-par (75) with one birdie, two bogeys and one double bogey. The Scotland product began his round with 11 consecutive pars before his first discrepancy on the scorecard. Carberry finished T-56th for the event. Meanwhile, teammate Mats Ege (Kristiansand, Norway) labored through a 4-over-par (76) final round to finish T-43.

Pepperdine set a new tournament record with a team score of 42-under-par, beating the previous record (held by Georgia Tech) by 14 strokes. The Waves were followed by Texas A&M at 38-under-par and Wake Forest at 23-under-par.

Pepperdine’s Joe Highsmith also set a tournament record on the individual leaderboard with a score of 19-under-par. Wake Forest’s Alex Fitzpatrick finished second with a score of 15-under-par, while Sam Bennett (Texas A&M) and Karl Vilips (Stanford) finished tied for third at 12-under-par.

ETSU will close out the fall season next week in the beautiful country of the Bahamas. The Bucs will take part in the White Sands Bahamas Invitational on Friday, Oct. 29 and will conclude on Sunday, Oct. 31 in Nassau, Bahamas.