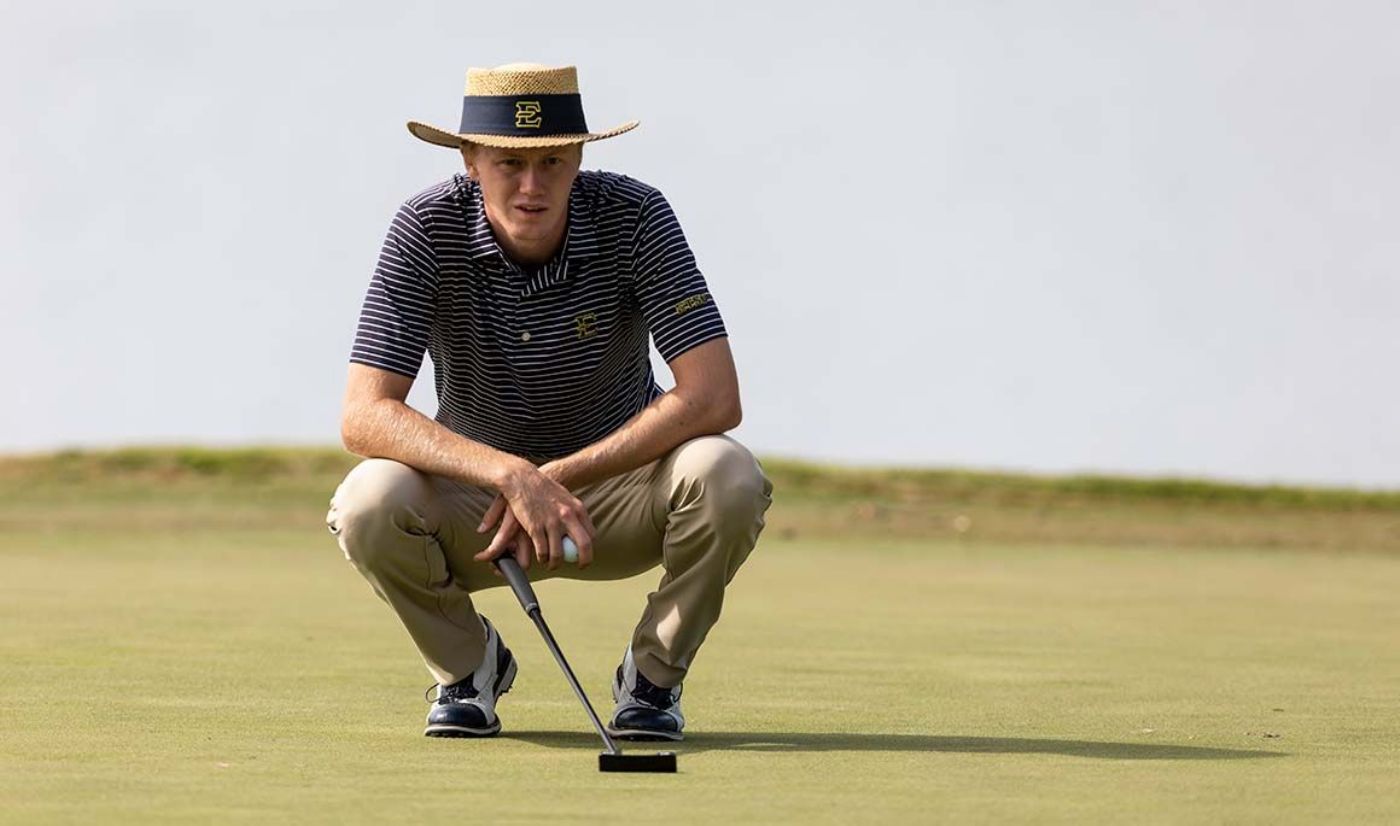 Bucs Wrap Up Day One in the Bahamas
Related Links

NASSAU, Bahamas (Oct. 29, 2021) – The opening round of the White Sands Bahamas Invitation was not an easy task as the Bucs battled 20 mph winds to finish 5-over-par (293) in the opening 18 holes of action. The ETSU Men’s Golf team is currently tied for 8th in the field, five strokes out of the Top-5.

Archie Davies (Carlisle, England) provided a little bit of a spark for the Blue & Gold as ETSU’s reigning Southern Conference Player of the Year carded an even-par (72) opening round. Davies birdied his second hole of the day before carding three bogeys in a five-hole span. The England product’s score remained at 2-over-par until he caught fire with three birdies in four holes beginning on No. 13 to climb to 1-under-par. However, a fourth bogey on the closing hole plagued the opening round as Davies had to settle for even-par to sit in a five-way tie for 23rd.

Both Remi Chartier (Montreal, Canada) and Mats Ege (Kristiansand, Norway) posted rounds of 1-over-par to sit in a tie for 28th. Chartier started out with a bogey on the opening hole and later dropped back-to-back strokes on holes No. 7 and No. 8. However, Chartier ended the streak with a birdie on the ninth hole to make the turn at 2-over-par (38). The Canada product then finished with eight pars and one birdie on his closing nine holes to shoot a 73 (+1). Ege started his round on hole No. 2 with a bogey, quickly falling to 1-over-par. The Norway native had a roller coaster round with six bogeys, five birdies and seven pars, including three birdies in his final five holes of golf.

Jack Tickle (Bristol, Tenn.) and Algot Kleen (Fiskebackskil, Sweden) capped off their opening rounds with scores of 3-over-par (75), sitting in a tie for 43rd. Between the freshmen duo, they posted six birdies, 10 bogeys and one double bogey.

The host team, Little Rock, is currently leading the event at 8-under-par, followed by a three-way tie for second at 5-under-par between: Florida Atlantic, South Florida and Ole Miss.

ETSU will resume action tomorrow morning with a shotgun start at 8 a.m. The Bucs will play alongside Michigan and Lipscomb in the second round.