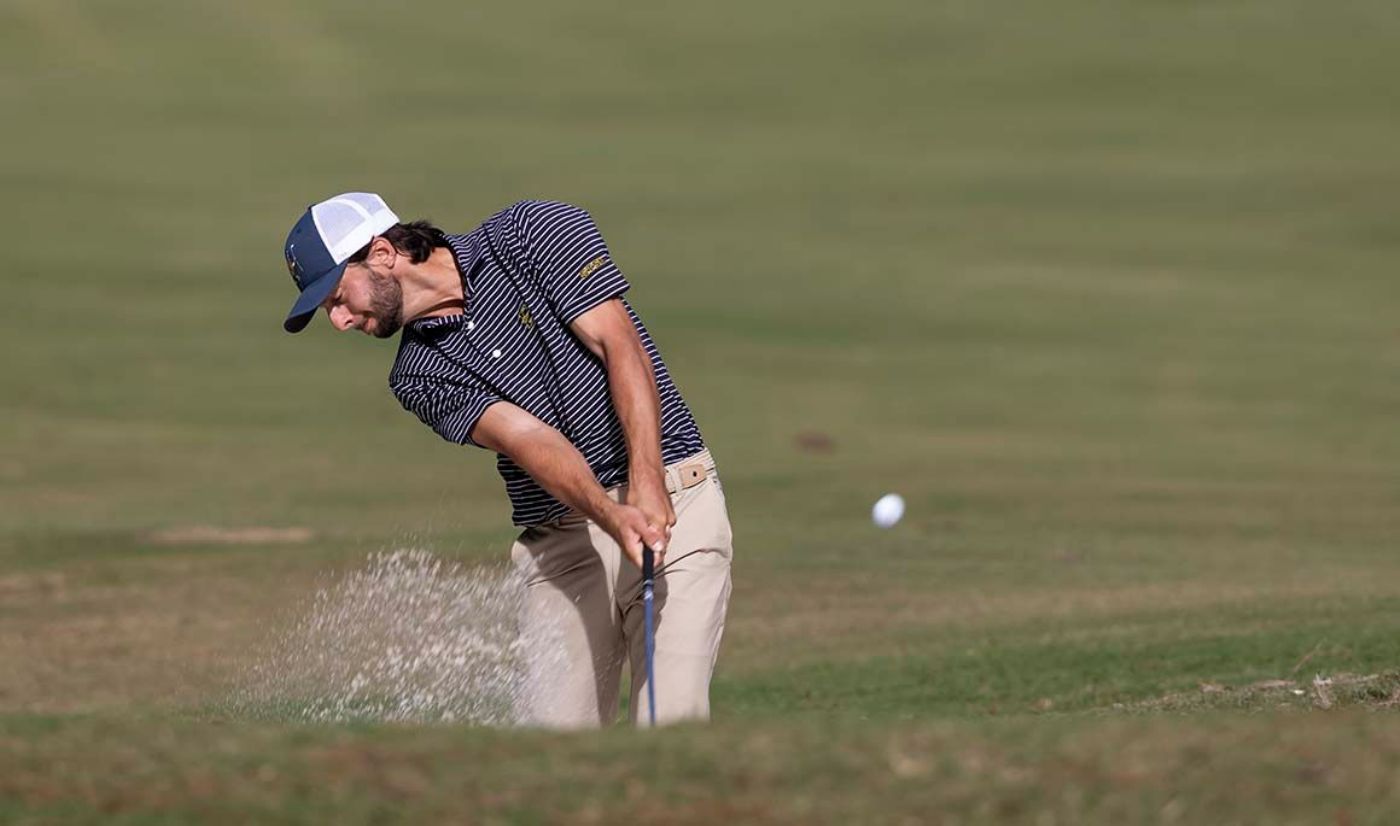 NASSAU, Bahamas (Oct. 30, 2021) – The ETSU Men’s Golf squad turned things around on day two of the White Sands Bahamas Invitation in Nassau, Bahamas, carding the second-lowest round of the day at 8-under-par (280). With the low round, the Bucs advanced three spots up the leaderboard into solo fifth at the Ocean Club Golf Course.

For the fourth time this season, Remi Chartier (Montreal, Canada) carded a sub-70 round as he posted a 5-under-par (67) on day two in Nassau. Chartier began his round on hole No. 9, kicking off his round with a par before picking up a birdie on the par-4 10th hole. After five consecutive pars, Chartier continued to climb the leaderboard with back-to-back birdies on holes No. 16 and 17. The red numbers continued for Chartier with a birdie on the par-5 2nd hole to climb to 4-under-par. The Canada product had his lone setback two holes later with a bogey but responded with a pair of birdies in a three-hole span to finish 5-under-par (67) for his second round. With the scorching round, Chartier advanced 24 spots into solo fourth on the leaderboard.

Newcomers Mats Ege (Kristiansand, Norway) and Algot Kleen (Fiskebackskil, Sweden) were the remaining two Buccaneers under par for the team score as Ege finished 2-under-par (70) and Kleen capped off a 1-under-par (71) round. Ege advanced 13 spots up the leaderboard into a tie for 15th. The Norway native started on hole No. 9 and played the back nine at 1-over-par (37) with three birdies and four bogeys. Ege turned things around on the front nine with a flawless 3-under-par (33) front side thanks to three birdies and six pars. Kleen advanced 12 spots up the leaderboard into a tie for 31st, following a strong round with three birdies and two bogeys for a 71.

Jack Tickle (Bristol, Tenn.) and Archie Davies (Carlisle, England) each finished with an even-par (72) second round. Tickle carded four birdies, while Davies collected three on the day. Davies is now tied for 22nd, while Tickle advances eight spots into a tie for 35th.

Cambell Wolf (Mechanicsburg, Pa.), competing as an individual, tied his lowest round as a Buccaneer with a 2-under-par (70). The DePaul transfer finished the day with five birdies and two bogeys as he jumped 20 spots into a tie for 50th.

Ole Miss lit up the golf course with a 12-under-par (276) second round to catapult up the leaderboard into first place at 17-under-par. Little Rock is currently in second at 9-under-par, followed by San Francisco with a team score of 6-under-par.

Jackson Suber (-9) of Ole Miss was instrumental in the success today with a 5-under-par (67) second round to take a commanding lead heading into the final round. Suber is followed by San Francisco’s Soren Lind and South Florida’s Albin Bergstrom, both golfers at 5-under-par.

The Bucs will tee off at 8 a.m. tomorrow in the final round of the White Sands Bahamas Invitation, playing alongside South Florida and Jacksonville.