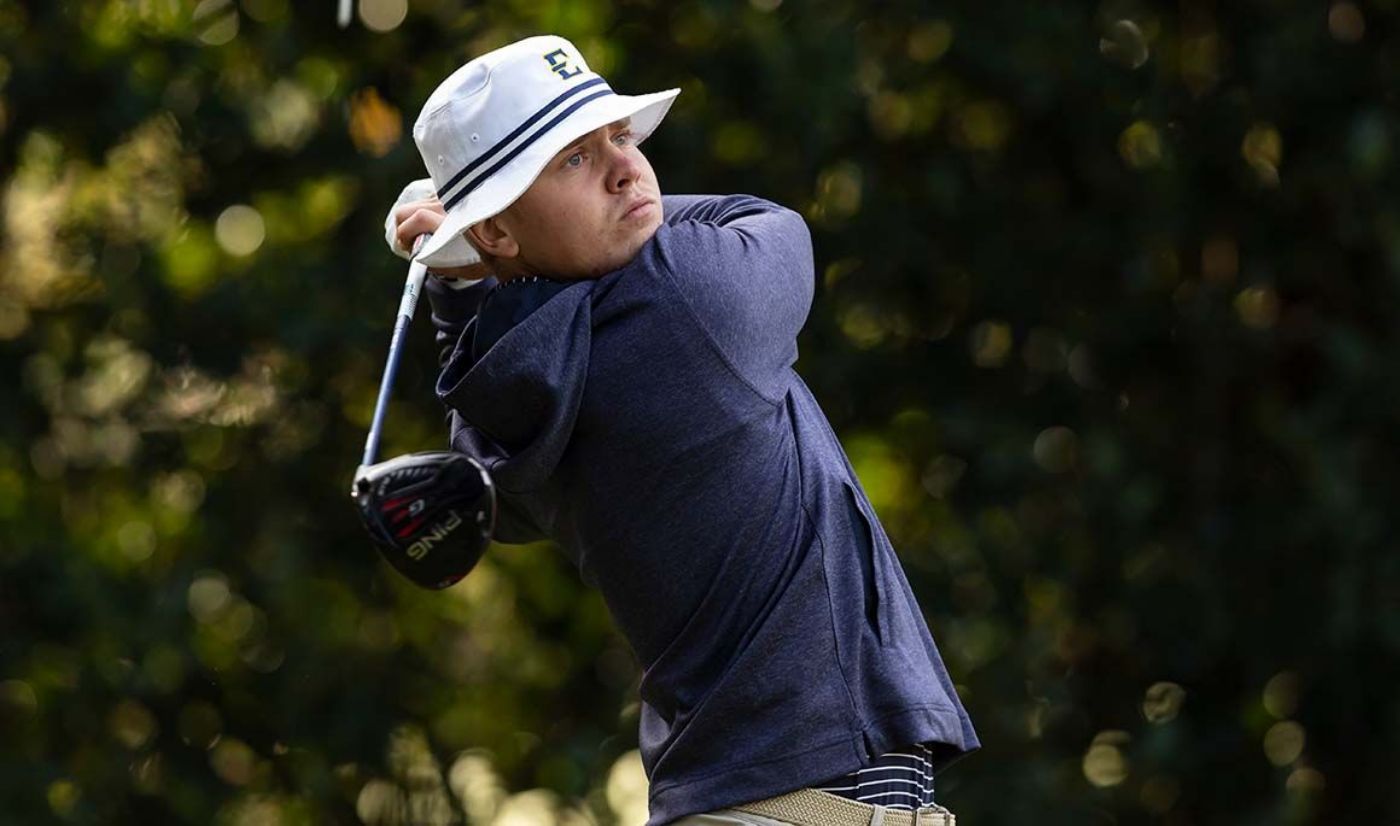 ETSU fires hot round in finale in Bahamas

NASSAU, Bahamas (Oct. 31, 2021) – The ETSU Men’s Golf team delivered a treat on Halloween with a final-round score of 12-under-par (276) at the White Sands Bahamas Invitation in Nassau, Bahamas. ETSU’s 276 in the final round was the lowest of the day, while also tying the lowest score of the tournament. The Bucs were able to catapult up the leaderboard thanks to the final two rounds, carding a grand total of 20-under-par in the final two rounds to finish second in the field.

ETSU led the field in par-3 scoring at 4-over-par, while ranking second in par-5 scoring (-27) and third in par-4 scoring (+15). More impressive, the Bucs paced the tournament in total birdies with 62.

ETSU’s Remi Chartier (Montreal, Canada) recorded his second Top-5 finish of the season, sliding in at T-4th following a final round score of 2-under-par (70). Chartier opened his round with a par before recording two bogeys and one birdie in the next five holes. The Canada native put together a bogey-free back nine with two birdies for a 34 (-2), jumping into red figures at 1-under-par. Chartier then birdied the par-4 1st hole to solidify his 2-under-par final round and Top-5 placement.

Archie Davies (Carlisle, England) was not far behind Chartier, finishing the final round with a 4-under-par (68) score, finishing T-7th in the tournament for his third consecutive Top-10 finish. Davies began his day with a bogey on his opening hole, starting on the par-5 6th hole. Davies put together three birdies, three bogeys and three pars in his first nine holes before catching fire in his final nine holes. The England product birdied the par-4 17th before rattling off three consecutive birdies from hole No. 2 to No. 4.

The low round for the Bucs today belonged to Algot Kleen (Fiskebackskil, Sweden) who fired a career-best 5-under-par (67) to finish T-11th in the tournament. Kleen pieced together his best career finish and best collegiate round with a birdie on the opening hole. After one bogey and six consecutive pars, the Swedish freshman caught fire with four consecutive birdies beginning on hole No. 14. Kleen was not done there, entering hole No. 2 at 4-under-par, the ETSU freshman registered one more birdie on the par-5 2nd to finish 5-under-par (67) in the final round.

Jack Tickle (Bristol, Tenn.) tallied the final countable score for the Bucs in the final round, finishing with a 1-under-par (71). Tickle’s closing round included three birdies and two bogeys as he finished T-34th, his best collegiate finish.

Jackson Suber of Ole Miss claimed the individual podium following an 11-under-par finish. San Francisco’s Toby Briggs made things interesting after posting a final-round 7-under-par (65) to cap off his event at 10-under-par, one stroke behind Suber. South Florida’s Albin Bergstrom rounds out the top three with a tournament score of 9-under-par.

ETSU wrapped up the fall season in the Bahamas and will now enjoy time off before heading to the Puerto Rico Classic on Sunday, Feb. 13.