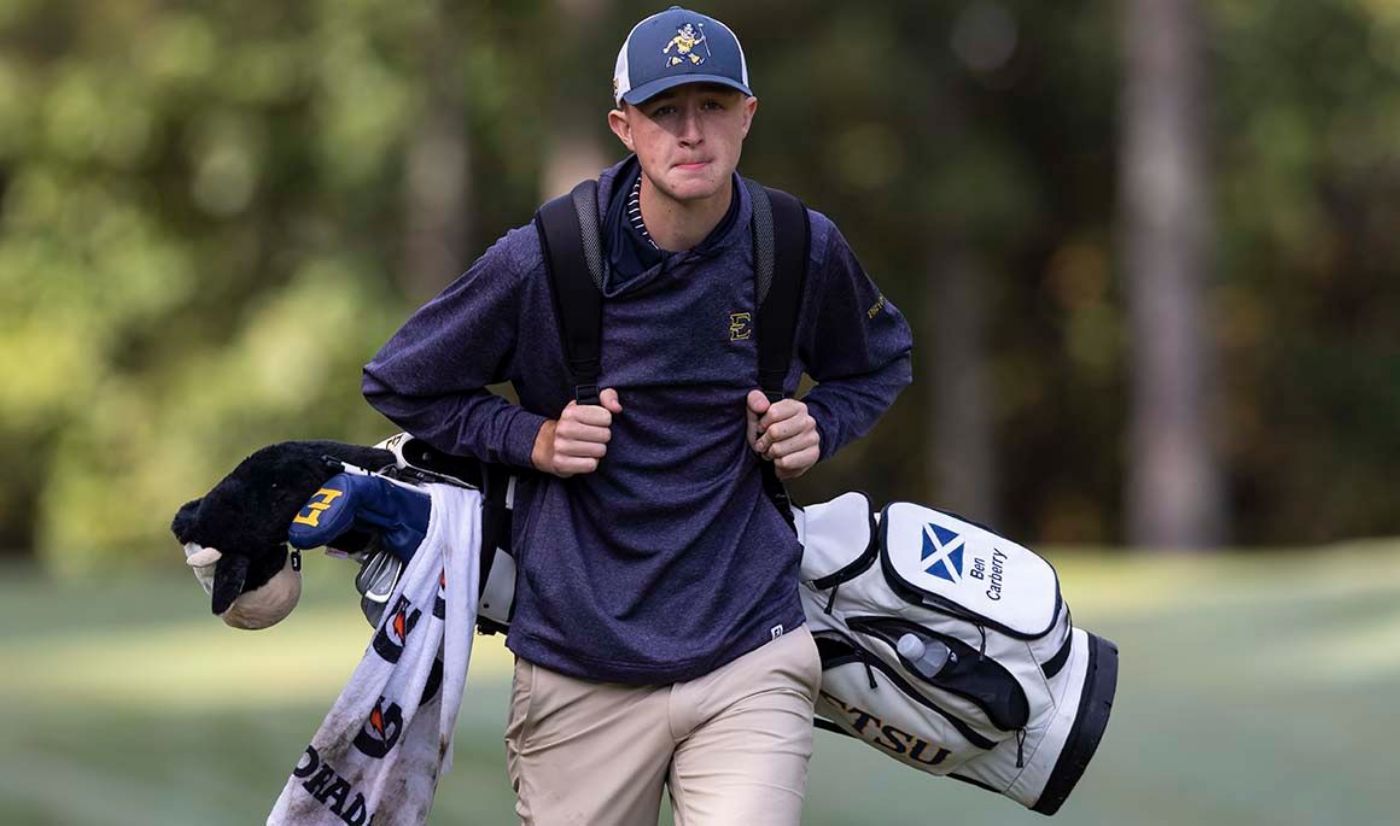 RIO GRANDE, Puerto Rico (Feb. 13, 2022) – The ETSU Men’s Golf team kicked off the spring season on a strong note with an opening-round 276 (-12) in the Puerto Rico Classic. The Bucs are currently one of four teams tied for fourth at Grand Reserve Golf Club in Rio Grande, Puerto Rico.

The Bucs were led by Ben Carberry (Bonnybridge, Scotland) with a career-low round of 66 (-6). Carberry began the day with three consecutive pars (holes No. 7-9) before rattling off five birdies in the next six holes. The Scotland native watched one birdie drop on the par-4 10th hole and then it was on from there, recording birdies on holes 11, 12, 13 and 15 to quickly move to 5-under-par through nine holes. Carberry played the final nine holes at 1-under-par with three birdies and two bogeys to conclude the first round in a tie for 5th at 6-under-par (66). Carberry played the par-4s at 4-under-par for the day, the second lowest score in the field. The sophomore golfer also led the field in birdies with eight.

Remi Chartier (Montreal, Canada) posted the second-best score for the Blue & Gold with a 4-under-par (68) opening round. The Canada native started the day on hole No. 5 with three consecutive pars before tallying a birdie on the par-3 8th. Chartier maintained the 1-under-par score for the next six holes before posting birdies on No. 15 and No. 18 to jump to 3-under-par. The sophomore golfer played the final four holes at 1-under-par with two birdies and one bogey, concluding the opening round with a 68 (-4) to sit in a tie for 10th.

The final two countable scores for the Bucs come from Archie Davies (Carlisle, England) and Mats Ege (Kristiansand, Norway). Davies, beginning his opening round on hole No. 4, finished the day with a 2-under-par (70) opening round to sit in a tie for 35th. The England native birdied two of the four par-3s and played the remaining holes at even par with one more birdie on the par-5 2nd and one bogey on the par-5 18th. Ege finished even-par (72) in his opening round, sitting in a tie for 60th. Ege bounced back from a double bogey midway through the first round with two birdies in the final seven holes.

Jack Tickle (Bristol, Tenn.) played as an individual for the Bucs and tied his career-low round with a 69 (-3) thanks to five birdies and two bogey. The Tennessee freshman is currently tied for 22nd after the opening round in Puerto Rico.

Oklahoma’s Patrick Welch carded a 10-under-par (62) to lead the player leaderboard. Welch is followed by Purdue’s Herman Wibe Sekne (-8) and Georgia’s duo of Trent Phillips and Ben Van Wyk at 7-under-par each.

ETSU will return to the course tomorrow at 7:30 a.m. (ET) with a shotgun start. The Bucs will be playing alongside Marquette and South Carolina in round two of the Puerto Rico Classic.