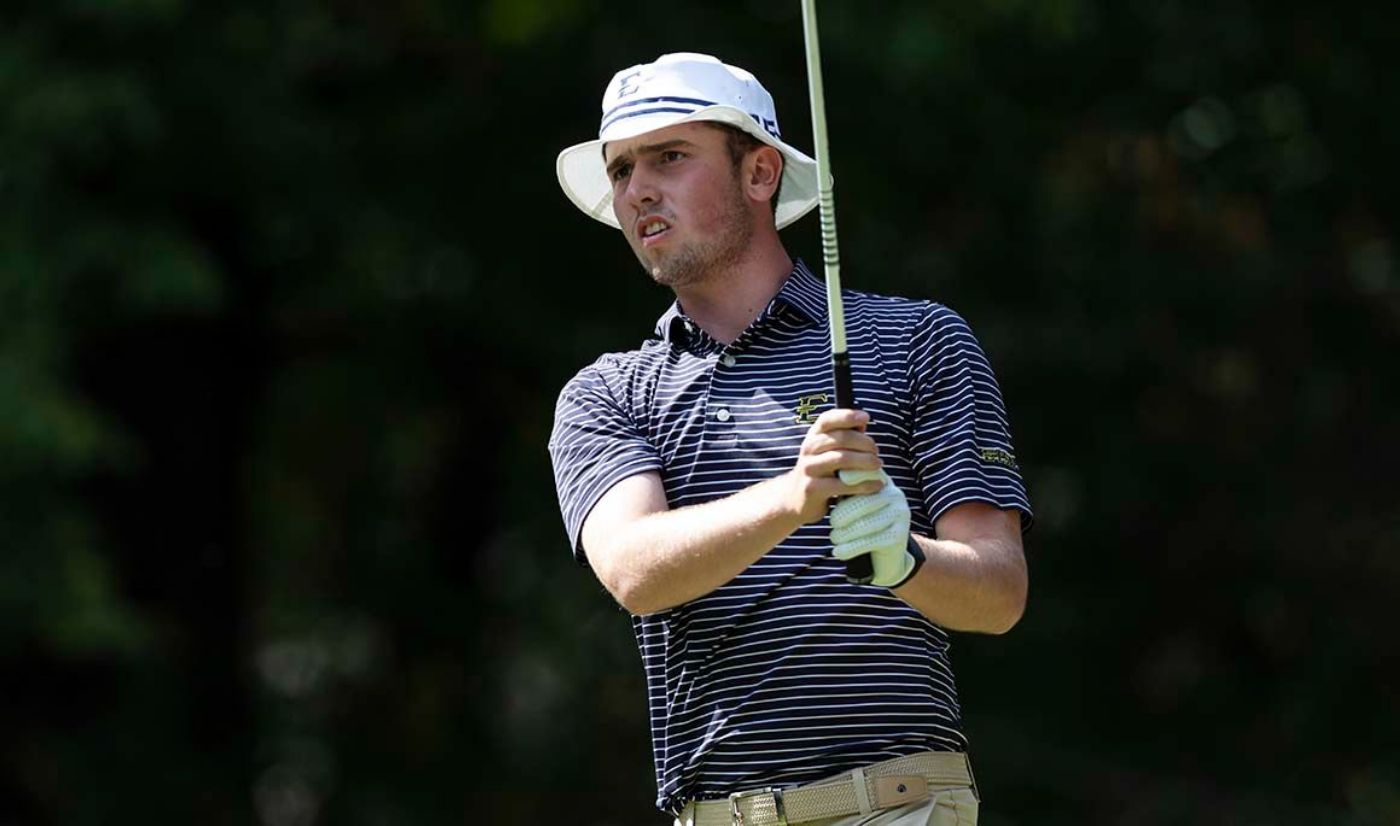 ETSU slides to 10th in field

ETSU was led today by veteran golfer Archie Davies (Carlisle, England) with a 3-under-par (69), his seventh sub-70 round of the season. Davies began his day on the par-5 5th hole with a birdie to quickly jump into red figures. Five holes later, the England native surrendered the birdie with a bogey on the par-4 10th. After three consecutive pars, Davies caught fire with four birdies in a five-hole span, with a bogey sandwiched in between. The 3-under-par (69) allowed Davies to climb 10 spots into a tie for 24th.

Mats Ege (Kristiansand, Norway) closely followed Davies with a 2-under-par (70) in his second round. The Norway native had a roller coaster of a round with six birdies, four bogeys and eight pars. Ege began his day with back-to-back bogeys before a birdie on the par-3 8th hole. Ege, who started on hole No. 6, played holes 10-18 at 1-under-par with three birdies and two bogeys. Ege climbs 10 spots into a tie for 50th following the second round.

Jack Tickle (Bristol, Tenn.) maintained his strong performance with two birdies and one bogey on the day to card a second consecutive round below par. Tickle, competing as an individual, is currently tied for 32nd with a tournament score of 4-under-par.

Georgia maintains its lead atop the standings following a 20-under-par (268) second round, climbing to 43-under-par for the tournament. The Bulldogs are followed by Oklahoma (-39) and Tennessee (-32).

Oklahoma’s Chris Gotterup leads the individual field at 14-under-par after carding an 8-under-par (64) second round. Georgia’s Trent Phillips (-13) and Oklahoma’s Patrick Welch (-12) round out the top three.

ETSU will close out the event tomorrow at 6:30 a.m. (ET), playing alongside Marquette and Iowa.