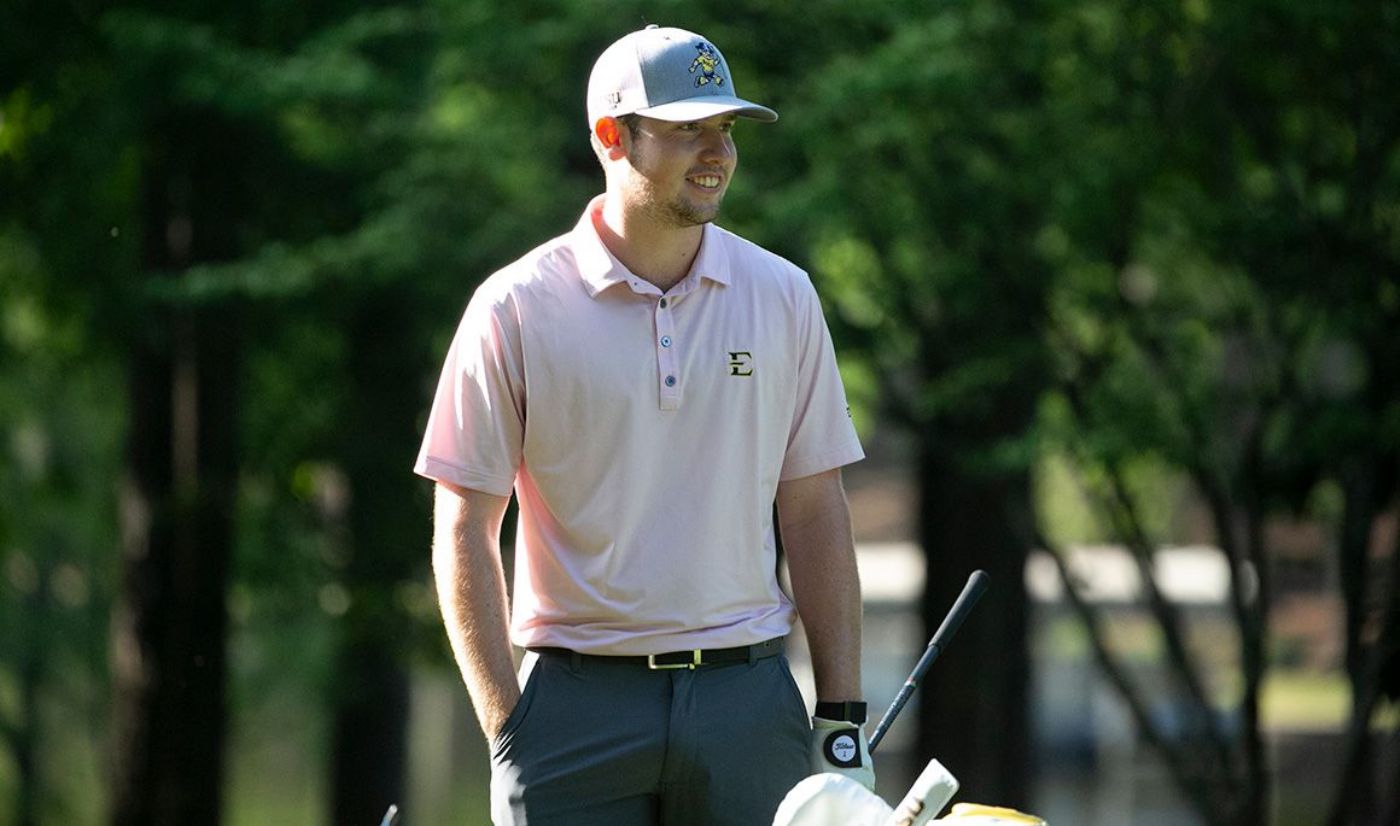 COLUMBUS, Ohio (May 14, 2022) – ETSU Men’s Golf heads to Columbus, Ohio on a strong note having finished Top-3 in three of the last four events including a pair of wins. The Buccaneers dominated at the Southern Conference Championship, winning the program’s 22nd league title and doing so by 19 strokes. ETSU will now focus on the Scarlet Course at the OSU Golf Club. The three-day regional will begin Monday, May 16 and conclude on Wednesday, May 18.

Buc Nation
The last time out, ETSU cruised to a SoCon title with a team score of 39-under-par, the largest team win at the SoCon Championship since 2012. The Bucs have now won two of the last three events and are looking to repeat as regional winners. ETSU captured the Cle Elum Regional last season, the first regional team win since 2001. ETSU is led by the duo of Archie Davies (Carlisle, England) and Remi Chartier (Montreal, Canada). Davies enters the regional averaging 70.23 strokes per round, currently sitting first in program history for single-season scoring at -1.57 below par. The -1.57 strokes below par rank 16th in the nation heading into the regionals. Davies, ranked 34th in the latest Golfstat ranking, also leads the team in par-5 scoring at 4.55 which is currently the lowest average in program history. The Welsh golfer has posted seven Top-10 finishes in 10 events, including a win at the Hootie at Bulls Bay Intercollegiate.

Chartier is coming off an individual win at the SoCon Championship, shooting 19-under-par for the event to set a tournament record. Chartier is currently averaging 70.93 strokes per round in 27 rounds played. The Canada native has posted three Top-10 finishes this year and has done work on the par 3s this season, averaging 2.99 strokes on said holes to rank second in a single season in ETSU history. Chartier’s 2.99 stroke average on par 3s is also 16th in college golf this season.

The trio of Mats Ege (Kristiansand, Norway), Ben Carberry (Bonnybridge, Scotland) and Algot Kleen (Fiskebackskil, Sweden) will round out the ETSU lineup in Columbus. Ege will lineup in the No. 2 spot and is averaging 71.9 strokes per outing. Ege finished solo sixth at the SoCon Championship and has three Top-10 finishes this year. Carberry is averaging 73.07 strokes per outing over 30 rounds of action. The Scotland native is coming off his best finish of the season with a T-7th placement at the SoCon Championship. Carberry has put together 12 rounds of par or better this year. Kleen rounds out the lineup and is coming off a T-7th finish at the SoCon Championship himself. The Swedish golfer has corralled eight eagles this year, the second most in a single season in program history and the seventh-most eagles in college golf this season. Kleen averages 72.93 strokes per round in 27 rounds played, with two Top-10 finishes.

About the Tournament
The Columbus Regional will be played at the Scarlet Course at the OSU Golf Club as one of the six regional events. The Columbus Regional will feature 13 teams and 10 individuals with the top five teams advancing and the low individual not on those advancing teams will also advance to the NCAA Championship. Tiebreakers and playoffs will be used to determine any advancement into the NCAA Championship.

The Scarlet Course is known for its thicker roughs and difficult greens. Ohio State alum and arguably the greatest golfer of all-time, Jack Nicklaus, redesigned all of the greens in 2015 to accommodate the Korn Ferry Tour Finals event. The course will play as a par-71 and 7,422 yards.