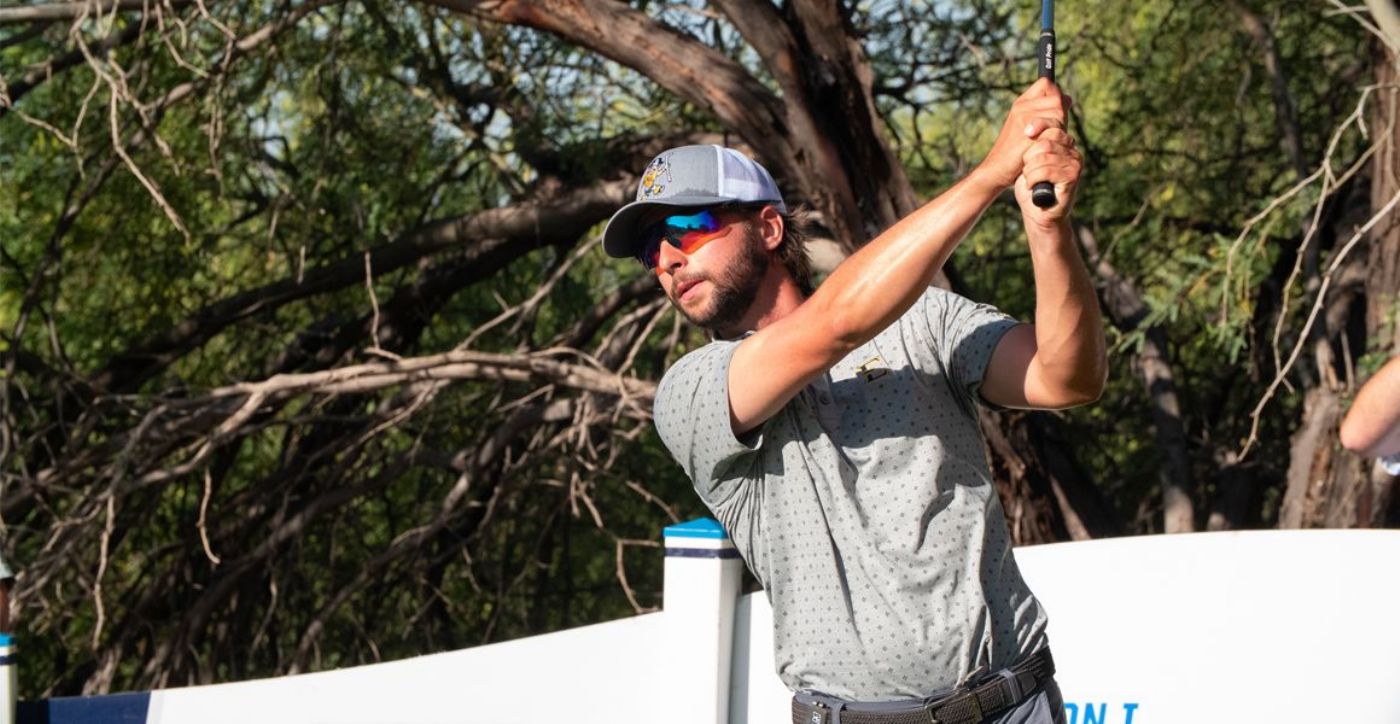 Chartier registered a 72-hole score of 6-under-par 278, becoming just one of 22 golfers in the 252-man field to finish below-par. For the tournament, Chartier carded one eagle, 19 birdies and 38 pars.

The ETSU red-shirt junior posted a 1-under 70 in Monday’s opening round at the Seymour Golf & Country Club. On Tuesday, Chartier had an up-and-down round as he totaled six birdies, four bogeys and one double en route to finishing with an even-par 71 at the Point Grey Course. Chartier, who was sitting tied for 15th following the first 36 holes of competition, played the final two rounds at 5-under to move up the leaderboard. On Wednesday, Chartier bagged three of his four birdies on the front nine to post a 3-under 68, and in Thursday’s finale he moved four spots up the board, courtesy of his 2-under 69. Like on Tuesday, Chartier had another roller coaster type round, as he collected four birdies and four bogeys, but the Buccaneer also secured an eagle on the par-5, 18th to finish on the podium.

Luis Carrera, from Mexico, earned medalist honors with a score of 10-under-par 274, while Canadian Robbie Latter placed second at 8-under-par 276.

About the Canadian Men’s Amateur Championship

There is no amateur golf championship in Canada with a richer history than the Canadian Men’s Amateur Championship. More than a century old, the Amateur was first contested as one of the newly formed Royal Canadian Golf Association’s first orders of business in 1895 at the Ottawa Golf Club. When T.M. Harley of Kingston Golf Club defeated A. Simpson of Ottawa Golf Club 7 & 5, a proud tradition of Canadian championship golf was born. Hall of Famer George S. Lyon won the Amateur an incredible eight times between 1898 and 1914 and was runner-up two more times while the inimitable Sandy Somerville made it to the match play final ten times between 1924 and 1938, capturing six championships of his own.

Inter-provincial team matches between Ontario and Quebec were first played in 1882, eventually developing into the Willingdon Cup in 1927. This team event, which pits teams from every province against each other in stroke play competition, has been played in conjunction with the Canadian Amateur since 1931 and remains one of the highlights of tournament week. The Willingdon Cup is contested concurrently during the first two rounds of stroke play in the championship.

In 2010, the Canadian Men’s Amateur Championship changed to a double field format for the first time ever.

The champion received an exemption into the next year’s RBC Canadian Open.