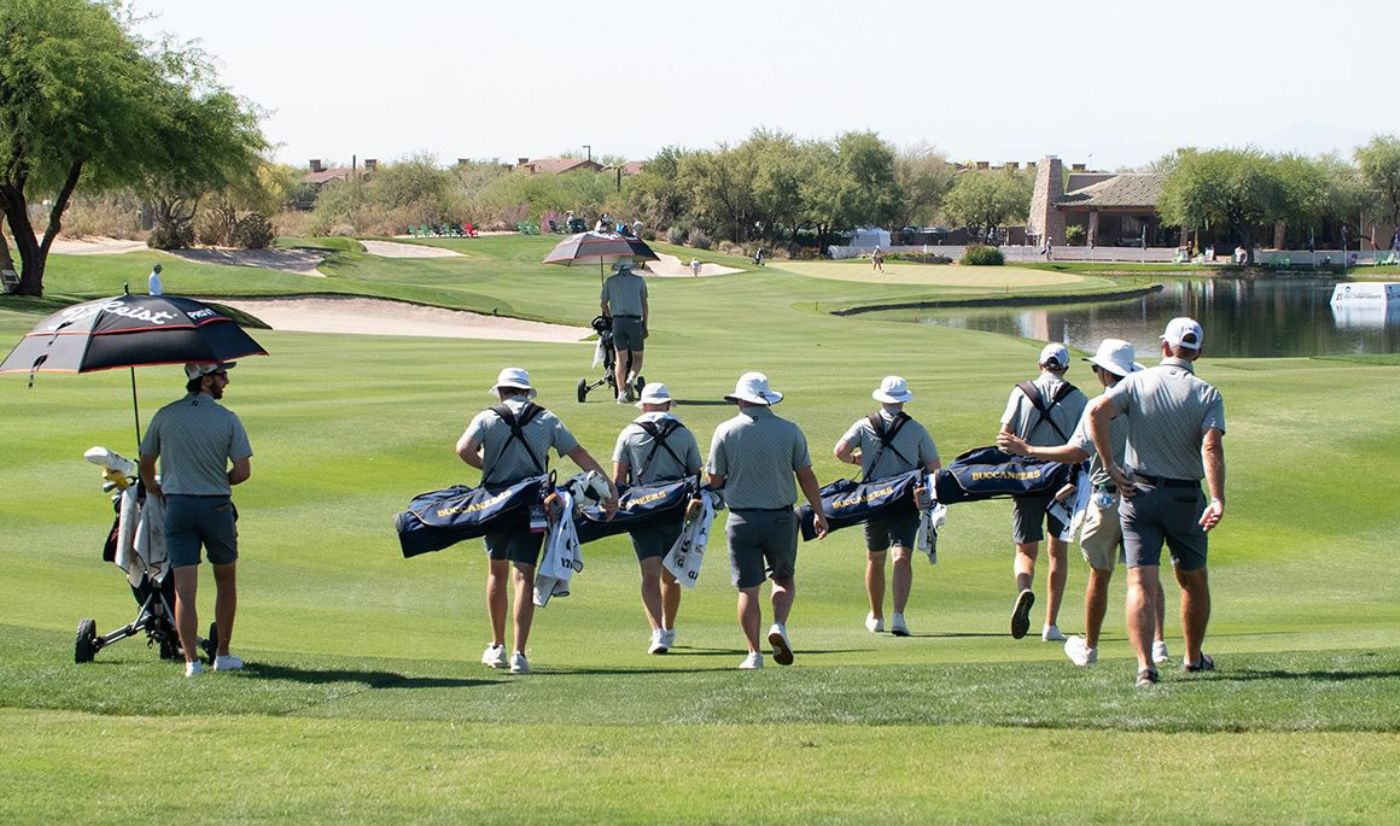 “I’m delighted with the schedule we have put together this season,” said Amos, who was a finalist for the 2022 Dave Williams Award. “This fall, we open the season in the desert, then travel to the Midwest and finish up in Hawaii. We are giving our team the opportunity to play in the best tournaments in the country, but also giving them an incredible student-athlete experience in the process.”

After going out west for the NCAA Championship the last two seasons, ETSU will start the season in Scottsdale, Ariz., when the Bucs open play at the Maui Jim Intercollegiate, hosted by Georgia State University. The tournament, held at Mirabel Club, will be played Sept. 9-11. The 18-team field is stacked as 15 teams were ranked in the top-40 of the final Golfstat Rankings in 2022, including three teams ranked in the top-10 and 10 ranked in the top-25. Joining ETSU and Georgia State in the field are: Arizona, Arizona State, Auburn, Clemson, Florida, Florida State, Georgia Tech, Louisville, New Mexico, NC State, Oregon, San Diego State, Tennessee, UNLV, Wake Forest and Washington.

Following a two-week break, the Blue and Gold will be back in action when the Bucs head to Toledo, Ohio for the Inverness Intercollegiate, which will be held Sept. 26-27 at the Inverness Golf Club. Again, another loaded field will test the Bucs as top-ranked Oklahoma is one of 16 teams set to play in the tournament. In addition, three teams ranked in the top-10 of the Golfstat Rankings and 11 of the 16 teams were ranked in the top-40.

From there, the Bucs head south to Atlanta to play in the prestigious Golf Club of Georgia Collegiate, from Oct. 21-23 at the Golf Club of Georgia, while wrapping up the fall season in Hawaii. In Georgia, seven teams in the 14-school field are ranked in the top-20 and 10 are ranked in the top-50. The programs making the trip to Atlanta include host Georgia Tech, Clemson, Wake Forest, Duke, Virginia, TCU, Texas A&M, Alabama, Southern Cal, Washington, Stanford, Tennessee and Pepperdine.

Following the winter break, ETSU will look to heat up as the Blue and Gold travel to San Juan for the Puerto Rico Classic. The tournament, hosted by Purdue, will be held Feb. 12-14 at the Coco Beach Golf Club.

After nearly a month break, the Bucs head over to North Carolina to play in the Wake Forest Invitational. The tournament is scheduled for March 6-7 at historic Pinehurst No. 2.

ETSU will then enjoy back-to-back tournaments at the beach, beginning March 12-13 when the Bucs play at the General Hackler Championship, held at The Dunes Club in Myrtle Beach. From there, the Bucs head to Charleston for The Hootie at Bulls Bay where ETSU and Archie Davies will return to defend their crowns.

ETSU’s final tune-up before the Southern Conference Championship sends the Bucs to Georgia for the Augusta Haskins Invitational – slated for April 1-2 at Forest Hills Golf Club.

The conference championship will be held two weeks later at Lake Oconee Club in Greensboro, Ga. The Bucs will be eyeing their third straight conference title in Georgia and 23rd SoCon crown.