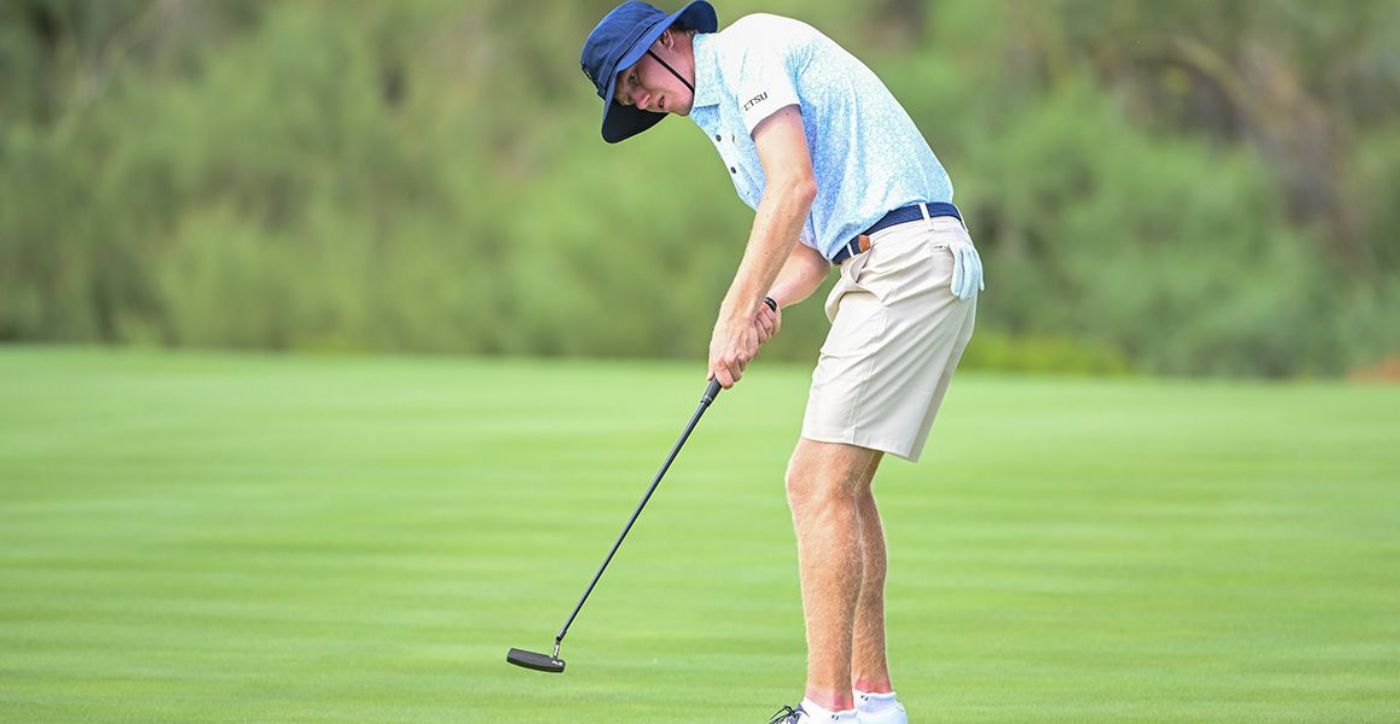 In the team event, Ege is tied for 13th at 4-under 66 thanks to recording an eagle, three birdies, 13 pars and one bogey. Ege looks to carry momentum into Saturday’s second round after carding his eagle on the par-5, 561-yard No. 17. Overall, Ege played the back nine at three-under to move into the top-15 of the prestigious tournament.

ETSU, ranked No. 25 in the preseason Golfweek poll, shot even-par 280 on Friday, placing them tied for 14th with No. 24 Clemson.

The Bucs’ other countable scorers came from Remi Chartier (Montreal, Canada), Algot Kleen (Fiskebackskil, Sweden) and Matty Dodd-Berry (Wirral, England). Chartier is tied for 36th at 1-under 69, Kleen posted a 2-over 72 and Perry finished at a 3-over 73 in his first collegiate round.

The individuals are playing 54 holes at Desert Mountain (Outlaw Course) as they played 18 on Friday and are playing 36 holes on Saturday.

Kammann enjoyed his first collegiate round as he carded a 5-under 67 and is in solo fifth. Kammann had three of his four birdies on the front nine and was flawless on day one as he added 14 pars to go with four birdies.

Wake Forest’s Andrew McLauchlan holds the lead at 8-under-par 64. McLauchlan’s teammate Collin Adams is tied for second with Arizona State’s Michael Mjaaseth’s at 6-under 66 and Florida State’s Jack Bigham is fourth at 5-under-par 67.

Fans can follow live scoring all weekend at Golfstat.com. In addition, live tweets will be available by following the Bucs on Twitter @ETSU_MGolf.