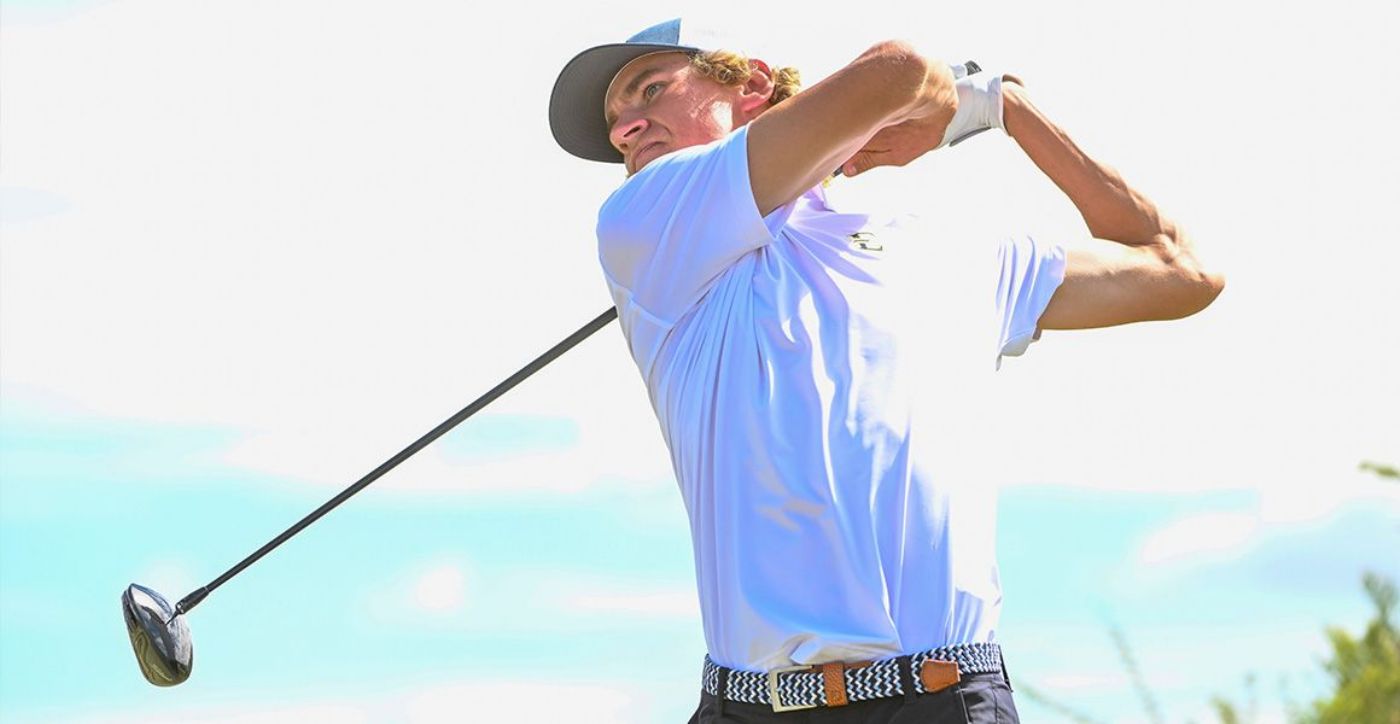 Kammann, playing in his first collegiate tournament, strung together rounds of 67-71-72 to finish 6-under-par 210 over the two-day, 54-hole format. The Knoxville, Tenn. native started the day with four birdies in round two to finish one-under, while two holes in round three put a damper on Kammann moving into the top-five. After playing the front nine at one-under thanks to an eagle on the par-4, 470-yard No. 8, Kammann played the back nine at one-over to finish with the 72. Kammann had a triple-bogey on the par-4, 338-yard No. 14 and a double-bogey on the 512-yard, No. 3.

In the team event, freshman Matty Dodd-Berry (Wirral, England) led the Blue and Gold in round two as he fired a 3-under 67 en route to moving 18 spots up the leaderboard into a tie for 52nd at even-par 140. Dodd-Berry carded five birdies on his round, including back-to-back before making the turn to finish his first nine holes at two-under.

Remi Chartier (Montreal, Canada) is also tied with Dodd-Berry at even-par thru 36 holes, while Archie Davies (Carlisle, England) posted a 2-under 68 on Saturday.

Individually, Tennessee’s Caleb Surratt shot a 7-under 63 on Saturday to move into sole possession of first place at 13-under-par 127. Oregon’s Owen Avrit is one shot back in second and a pair of golfers are tied for third at 11-under-par 129.

ETSU tees off in Sunday’s final round at 10:50 a.m. ET and will be paired with UNLV and UCLA.

Fans can follow live scoring all weekend at Golfstat.com. In addition, live tweets will be available by following the Bucs on Twitter @ETSU_MGolf.