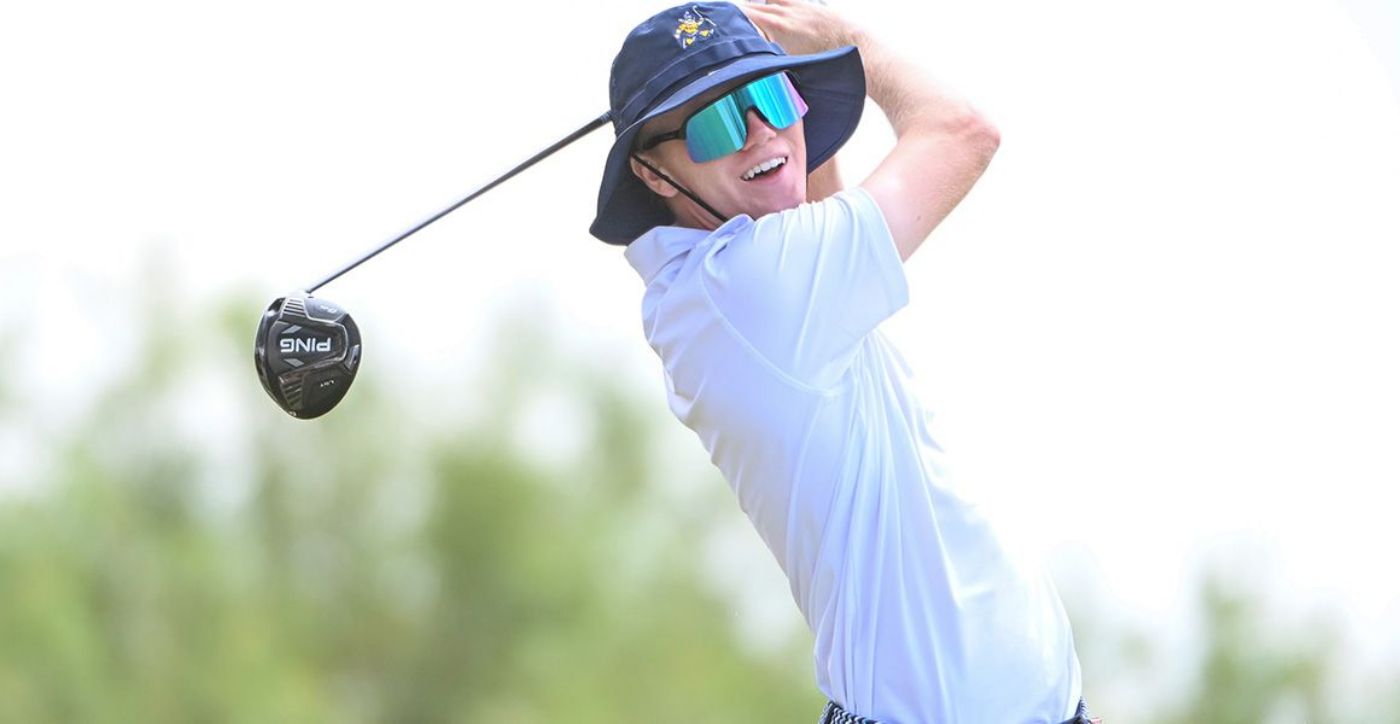 TOLEDO, Ohio (Sept. 26, 2022) – Facing cool, damp and windy conditions, including delays due to the weather, ETSU men’s golf concluded day one of the Inverness Intercollegiate, which began Monday from the Inverness Club in Toledo, Ohio.

With second round play suspended due to weather, ETSU redshirt sophomore Mats Ege (Kristiansand, Norway) paced the Blue and Gold. Ege, who was the first-round leader following a 5-under-par 66, finished the day sitting in fourth-place when play was halted. Ege was thru 16 holes when the tournament was suspended and had a score of 3-under.

In the first round, Ege began the day with a birdie on the par-5, 607-yard No. 8, and bagged three birdies over his final five holes en route to posting the 66 and taking the outright lead. Ege was even-par through the first six holes in round two after posting two birdies, two pars and two bogeys, while registering eight pars and two bogeys over his next 10 holes before play stopped.

As a team, ETSU sits in fifth-place among the 16-team field at 13-over-par. The Bucs posted a 6-over-par 290 in the opener and were at 7-over when second round play was suspended. The Blue and Gold have registered the second-best scoring average on the par-3s (3.04) and registered the third-most birdies with 24.

Georgia Tech holds the team lead at 2-over-par, while Texas Tech is two shots back in second and Oklahoma is four strokes behind in third.

Georgia Tech’s Christo Lamprecht, who was at 5-under thru 14 holes in the second round, is the top individual leader at 9-under-par. Lamprecht will begin Tuesday with a four-shot lead over Ohio State’s Maxwell Moldovan and is five strokes ahead of Texas Tech’s Calum Scott.

Jack Tickle (Bristol, Tenn.) and Archie Davies (Carlisle, England) are both tied for 22nd at 4-over-par. Davies recorded a 2-over 73 in the opener and is 2-over thru his first 15 holes in round two. Meanwhile, Tickle totaled a 3-over 74 in the first round and is 1-over after his first 16 holes in second round play.

Fans can follow live scoring at Golfstat.com, while Tuesday’s final round will be covered on ESPN+. In addition, live tweets will be available by following the Bucs on Twitter @ETSU_MGolf.