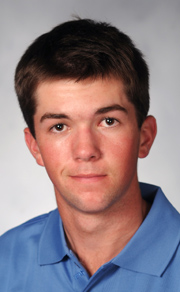 Prior to ETSU: Qualified for the U.S. Amateur during the summer of 2008 and played in the U.S. Junior Amateur in 2007... was the 2006 runner-up in both the New England Golf Championships and the Vermont States ... was a four-time all-conference selection in high school.