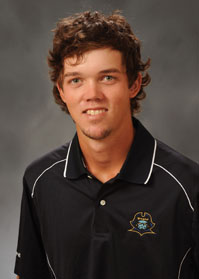 2013-14 Season
Did not compete in any tournaments for the Bucs.

2012-13 Season
Played in one tournament as an individual for the Bucs … made his only appearance of the season at the Bank of Tennessee Intercollegiate at Blackthorn Club.

Prior to ETSU
Attended The First Academy in Orlando, Fla…Earned a third place finish at the 2010 Disney Classic, while earning a top-20 finish at the 2011 54-Hole Mid Season Championship on the Hurricane Junior Golf Tour…Was a multi-sport star for The First Academy as he was also a star on the baseball field…His father, Mike, was an All-American at ETSU in 1979 and 1980...In addition, he won the Southern Conference individual title during his senior year… He is perhaps most known for his days on the PGA Tour, where he won three times.