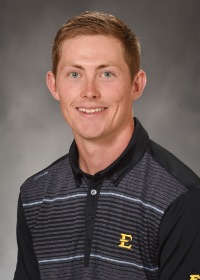 Named to the 2016-17 Southern Conference Honor Roll and received the Pinnacle Award for having the highest grade point average on the winning SoCon Championship team.  … Named Srixon/Cleveland Golf All-American Scholar ... Posted two top-20 finishes .. Played in six tournaments and tied his lowest finish at the SoCon Championship where he tied for 15th … Ratliff shot his lowest collegiate round at The Macdonald Cup when he shot a 68 in the final round … Generated a 73.94 scoring average this season, which ranked 18th in the SoCon.

Named to the SoCon All-Academic Honor Roll … Played in eight of ETSU’s 13 tournaments … Top collegiate finish came at the Greenbrier Intercollegiate Invite where he tied for 15th … Recorded four rounds of par or better with his lowest round coming in the third round of the Greenbrier (70).

2014-15 Season
Named to SoCon All-Freshman Team, along with being named to the SoCon Academic Honor Roll … Appeared in eight tournaments (five as an individual) during his rookie season … Made collegiate debut at Jack Nicklaus Invitational (Sept. 28-29) … Recorded his lowest round of the season at the Wolfpack Intercollegiate where he carded a 71 in round two … Posted a scoring average of 76.41 in 22 total rounds in 2014-15.

Prior to ETSU
A Sullivan South High School product, won the 2013 Tennessee Junior Amateur Championship, becoming the fourth champion to play for Coach Warren ... Won the 2014 East Tennessee Amateur Championship ... The three-time district and two-time regional champion placed second at the Ridgefields Invitational and fifth at the East Tennessee Amateur this past summer ... In 2012, Ratliff was named Big 8 Conference Player of the Year and placed top twelve in the state, while helping guide the Rebels to a runner-up finish in the Class AA state tournament this past October ... In addition to ETSU, Ratliff was recruited by Tennessee, MTSU, and Tennessee Tech ... Not only has Ratliff excelled on the course, but he’s a scholar-athlete by maintaining a perfect 4.0 grade-point-average at Sullivan South.