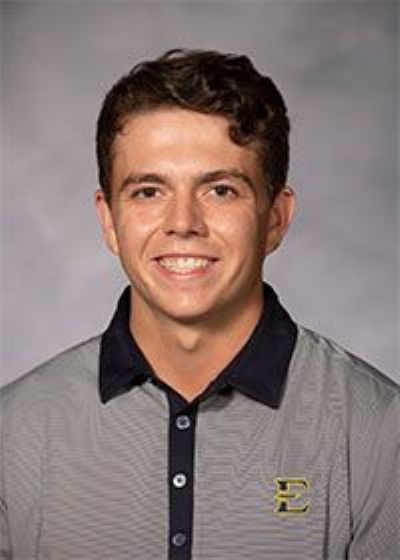 2020-21 (Senior): Named to the SoCon Honor Roll … Awarded the SoCon Commissioner’s Medal … Competed in three tournaments for the Bucs, recording a season-best T-20th at the Thomas Sharkey Individual on Feb. 1 … Finished the season averaging 77.8 strokes per round, posting a season-low round of 74 at the Schenkel Invitational on March 21.

2019-20 (Junior)*: Tabbed a Srixon/Cleveland Golf All-America Scholar … Named to the SoCon Honor Roll … Competed in six tournaments on the season – four as a member of the team and two as an individual … Tallied a season-best 25th-place finish at the Georgia Southern Individual Collegiate on Feb. 2-3 in Statesboro, Ga. … Carded a season-low score of 70 in the second round of the General Hackler Championship in March … Played a total of 18 rounds, averaging 75.56 strokes per round … Finished with three rounds of par or better on the season.

2018-19 (Sophomore): Named Southern Conference All-Academic List and SoCon Honor Roll … Earned SoCon Student-Athlete of the Week honors on March 20 … Played in nine tournaments – six as a member of the team and three as an individual … Finished tied for fifth at the Schenkel Invitational – marking his lowest collegiate finish … Turned in his lowest collegiate round with a 67 at the General Hackler Championship on  March … Registered a 75.81 scoring average, had seven rounds of par or better and two rounds in the 60s.

2017-18 (Freshman): Named to the SoCon Honor Roll ... Played in 10 tournaments for the Blue and Gold … Finished with a 75.21 scoring average … Best finish came at the Wofford Invitational where he finished tied for 24th… Made collegiate debut at the Rod Myers Invitational (Sept. 16-17) … Lowest round of the season came at the Warrior Princeville Makai Invitational when he shot a 5-under-par 67 in round two … Shot a 3-under-par 69 in the opening round of the Golf Club of Georgia Collegiate … Totaled two rounds in the 60s and nine rounds of par or better on the season.

High School: Multi-sport athlete from Sullivan South High School - Lettered in golf and tennis ... Qualified for the 2017 U.S. Junior Amateur Championship ... Finished runner-up at the 2017 Tennessee State Amateur ... Finished tied 2nd at the High School State Championship in 2016 ... Earned District MVP, All-Region and All-State in Golf and was named Conference Player of the Year in Tennis.