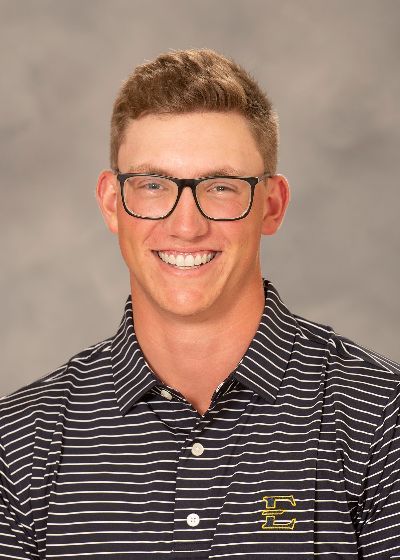 2021-22 (Senior): Competed in four tournaments with 11 rounds of action, averaging 74.3 strokes per round … Best round was a 2-under-par (70) in the opening round of the Bank of Tennessee Intercollegiate and the second round in the White Sands Bahamas Invitation … Recorded five rounds of par or better on the year … Best finish on the year was a T-22 finish in the Washington County Individual to begin the season.

2020-21 (Junior): Named to the SoCon Honor Roll … Played in two tournaments for the Bucs this season … Averaged 79.2 strokes per round in six rounds played … Recorded a season-low round of 75 at the Scenic City Collegiate where he had his best finish of the season with a T-21st placement … Finished third in the Chattanooga Choo Choo Invitational in Chattanooga, Tenn. in the summer of 2020.

2018-19 (Freshman): Named to the BIG EAST All-Academic Team … Posted a scoring average of 74.13 over 24 rounds during the season … One of two players to play a team-high 24 rounds … Three Top-25 finishes and three under-par rounds during the season … Second-round score of 67 at the SIUE Derek Dolenc Invitational tied for lowest round of the season by a DePaul golfer … Also recorded best finish with a tie for 11th place at the Dolenc Inviational … Recorded a season-best tournament score of 214 at the EKU Intercollegiate and the SIUE Derek Dolenc Invitational … Finished in a tie for 17th at the BIG EAST Championship with a score of 227 … Notched a 2-0-1 record at the Earl Yestingsmeier Match Play.

Personal: Son of Michael and Lisa Wolf … Has one sibling, a sister named Carly … Coached by Kevin Mullen at Cumberland Valley.