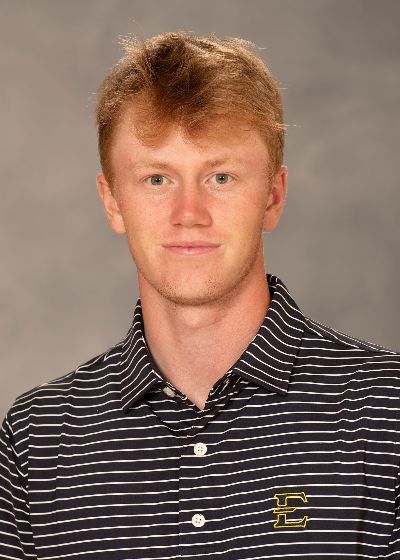 2021-22 (R-Freshman): Named to the All-SoCon squad in his first season with ETSU … Began his Buccaneer career on a high note with a runner-up finish in the Marquette Intercollegiate … Recorded three Top-10 finishes on the season, including sixth-place at the SoCon Championship … Played 36 rounds over 12 tournaments, averaging 72.08 strokes per round … Recorded a career-low score of 65 (-7) in the first round of the Marquette Intercollegiate … Finished the year with 21 rounds of par or better for the Bucs … His first eight rounds were par or better to start the fall … Recorded the 14th-best par-5 scoring in program history with 4.7407 strokes … Claimed three wins on the Garmin Norgescup in Norway, posting a total score of 45-under-par in three combined tournaments.

Previous School(s)
Cal State Northridge
2019-20 (Freshman): Competed in all eight tournaments and 24 rounds in his freshman season … Was one of two CSUN players to play in all eight tournaments ... Led the Matadors with a 71.9 scoring average after taking 1,727 strokes over 24 rounds ... Led CSUN with three top-10 finishes and also added one top-20 showing ... Fired CSUN's low round of the season with a six-under 66 in the final round of the Wyoming Desert Intercollegiate (Feb. 21-23) ... Tied for third at Wyoming before finishing tied for a season-best second at the Sacramento State Invitational (Mar. 2-3) ... Carded rounds of 75-71-70 at Sacramento State to finish at even-par 216 ... Best finish in the fall came at the Visit Stockton Pacific Invitational where he finished tied for 10th at (-3) 213.

Personal: Son of Berit and Oyvind Ege … Plans to major in business management.