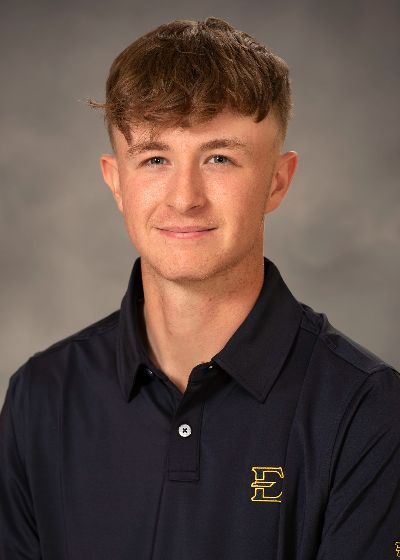 2021-22 (Sophomore): Appeared in 12 tournaments for the Bucs this season, averaging 73.69 strokes per outing in 36 rounds … Posted a season-best 7th-place finish at the Southern Conference Championship … Recorded a low-round and career-low of 66 in the opening round of the Puerto Rico Classic on Feb. 13 … Tallied 12 rounds of par-or-better on the campaign … Posted the 15th-best par-3 scoring in program history, averaging 3.10 strokes per par-3s.

2020-21 (Freshman): Named to the SoCon Honor Roll … Earned a spot in the British Amateur Championship in the summer of 2021 … Competed in four tournaments for ETSU this season, averaging 75.3 strokes per round in 12 rounds played … Finished 10th in his first collegiate event at the Thomas Sharkey Individual on Feb. 1 … Posted a low-round of 72 twice this spring (Kiawah Invitational & General Hackler Championship) … Finished with two rounds of par or better on the campaign.