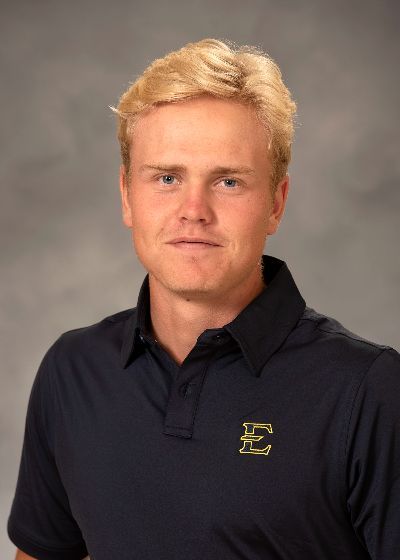 2021-22 (Freshman): Earned a spot on the SoCon All-Freshman Team … Named SoCon Golfer of the Week following his runner-up finish at the General Hackler Championship … Competed in 11 tournaments, playing 33 rounds and averaging 73.33 strokes per outing … Recorded a season-low round of 67 in the White Sands Bahamas Invitation on Oct. 31 … Posted two Top-10 finishes on the year, including tying or seventh at the Southern Conference Championship … Posted 15 rounds of par or better this season … Tied the program record for the most eagles in a single season with nine.