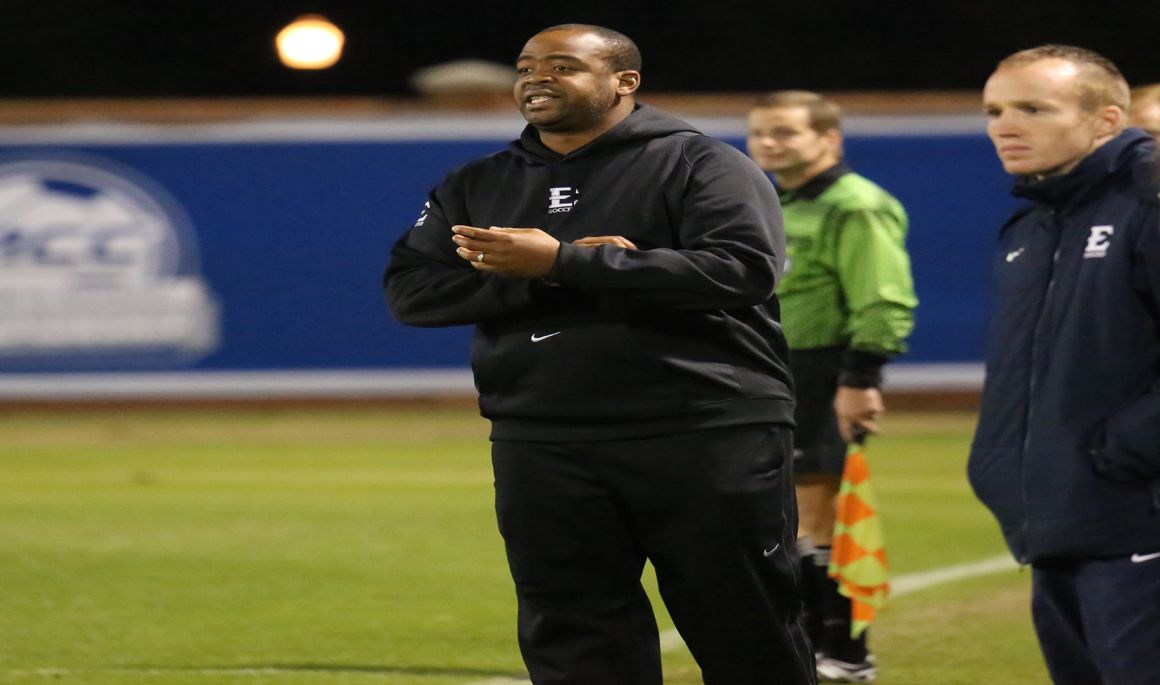 GRADISCA D'ISONZO, Italy (May 4, 2015) – The U.S. Under-15 Boys' National Team, for which ETSU Men's Soccer Head Coach Bo Oshoniyi is an assistant coach, defeated Austria, 3-2, over the weekend to win the 12th Tournament delle Nazioni in Gradisca D'Isonzo, Italy.

The U.S. U-15 BNT scored two first-half goals to take a 2-0 advantage into intermission.

The squad added another goal in the second half to extend its lead to 3-0.

Austria responded with a pair of goals, however, the United States' defense stood strong to clinch the 3-2 victory and tournament title.

"It is always an honor to work with U.S. Soccer," Oshoniyi said. "To win an international tournament with the likes of Italy, Brazil, Mexico, and many other top countries is an awesome experience for this group of kids. The future of U.S. Soccer is very bright!"

Oshoniyi is one of three assistant coaches on U.S. U-15 BNT Head Coach John Hackworth's staff.

Hackworth, formerly the manager of the MLS's Philadelphia Union, and Oshoniyi are longtime coaching colleagues. Oshoniyi also served on Hackworth’s staff during the U-17 team’s preparation for the 2007 FIFA U-17 World Cup, traveling with the squad to several pre-World Cup events, including trips to South Korea and Belgium.