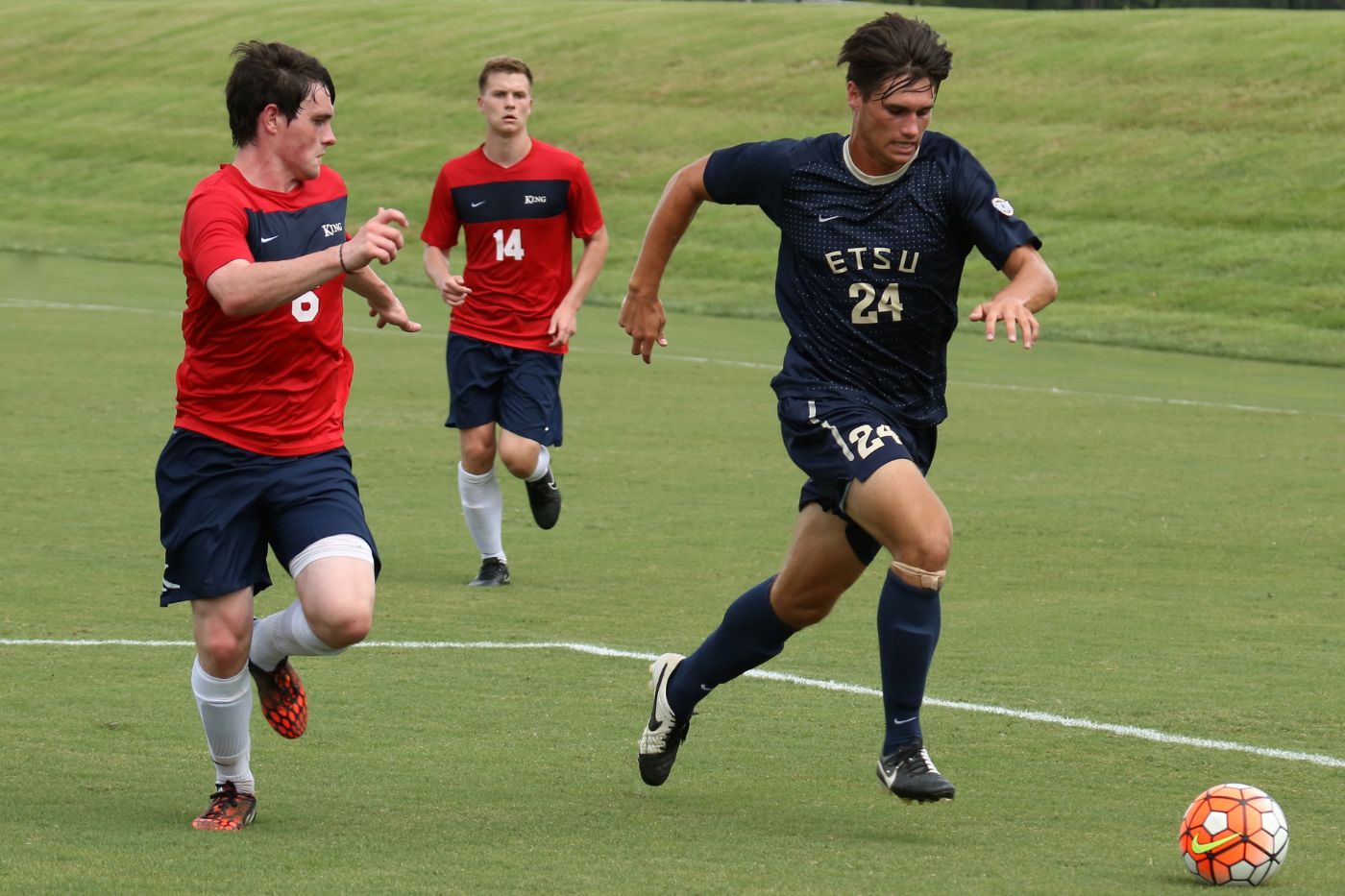 The Buccaneers started out quickly with a goal 10 minutes into the game. Jeff George (Safety Harbor, Fla.) booted the ball from the right side of the field to give James Smith (Eastbourne, Englad) a one-on-one opportunity against the King goalie. Joao Ramalho (Monte Santo, Brazil) increased the lead to 2-0 after passing the defense and sneaking a shot in the back of the net.

In the second half, ETSU had three goals in a span of eight minutes. Donte Brangman (Southampton, Bermuda) scored the first goal of the half from a cross pass from George for his second assist of the game. Nearly a minute and a half later, Mitchell Cecatiello (Pescagoula, Miss.) netted his first goal as a Buc by beating the goalie to move the score to 4-0. The last Buccaneer goal came in the 72nd minute when great passing from Keegan Sanders (Kennesaw, Ga.) and Chrisitian Ilia (Norrkoping, Sweden) allowed Fletcher Ekern (Knoxville, Tenn.) to score his first goal of the season.

King managed to get on the board in the 73rd minute with a long assist from mid-field from Eli Carrasco to Chris Hicks.

“Everything in this game was positive, but we are not a finished product yet. The team put out a strong effort in the second half, and it showed,” head coach Bo Oshoniyi said. “We have small details to work on before Virginia Tech arrives on Saturday, but our possession and ball control is getting better from one day to the next.”

“Everyone was working hard on the field. It is always a good day when your team can score five goals,” senior Brangman said. “To prepare for VT, we need to be more collectively sound with our defense. It will be a good game.”

The Bucs’ next game is an exhibition match against the Virginia Tech Hokies. The match will be held at Summers-Taylor Stadium on Saturday, August 22 at 7 p.m. ETSU will play their first regular season game on the road versus Clemson University at 7 p.m. on August 28.