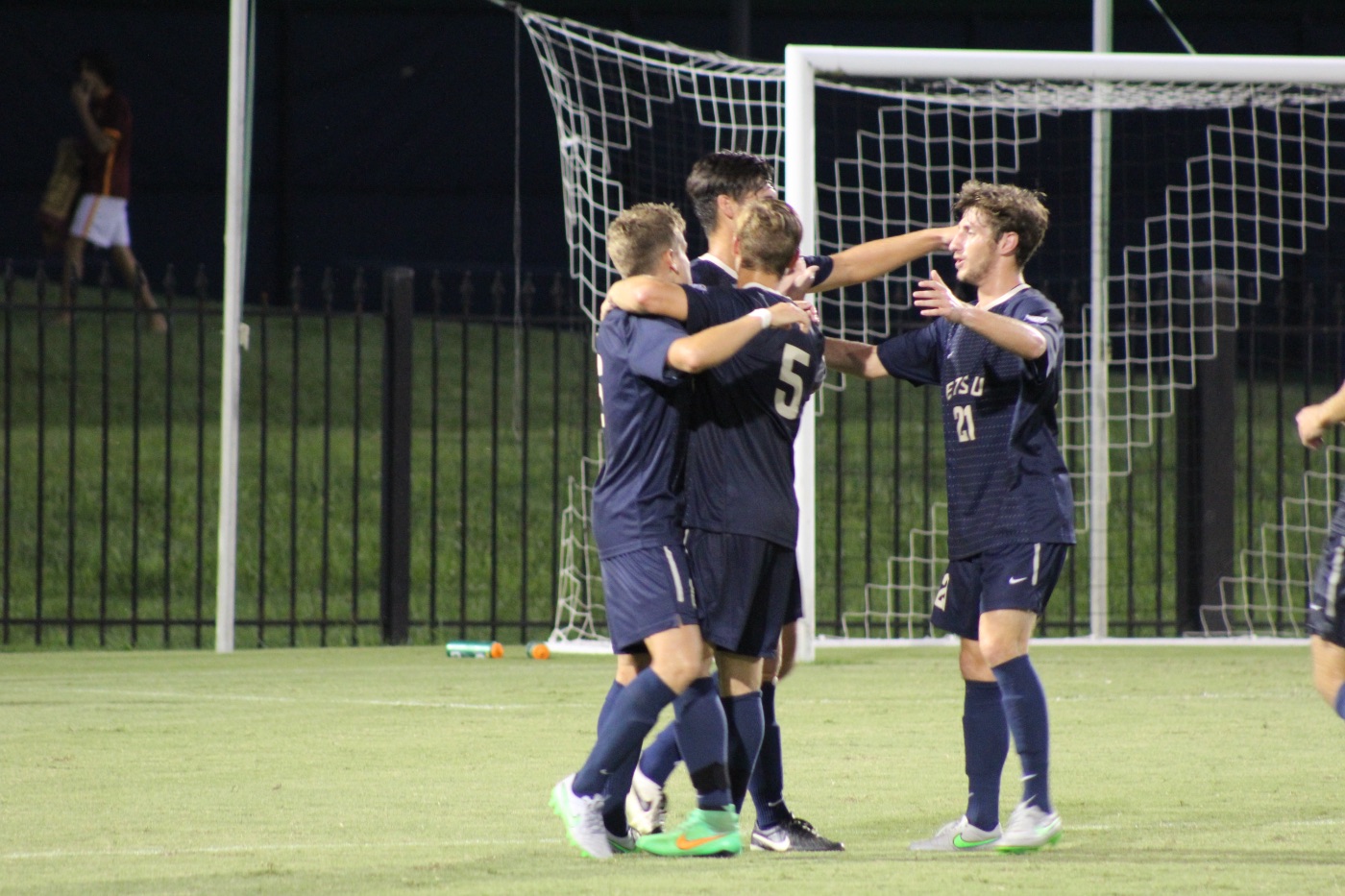 The Buccaneers came out slow to start the match with the Hokies controlling the possession for most of the first ten minutes. ETSU started to gain control of the ball while getting several shots on goal. VT struck first with a 23rd minute goal that came on a penalty kick. The Buc defender was flagged for a foul inside the box, which allowed Merlin Baus to find the back of the net and give the Hokies an early 1-0 lead.

Late in the first half, the Bucs had an opportunity with a shot on goal but was deflected by a Hokie defender. The deflection came back to Smith, which allowed him to dish the ball to junior Jeffrey George (Safety Harbor, Fla.) who scored the game-tying goal from the middle of the box.

At the half, ETSU led VT in shots 8-2 with three of the shots being on goal.

In the second half, Virginia Tech started off controlling the ball, but ETSU kept increasing the pressure by adding several shots on goal. Smith found himself two on one against the Hokie defense and was able to split the two defenders to sneak the game-winning goal past the Hokie goalkeeper.

“The second goal was a great team goal. We all had great communication that allowed me to be where I was on the field,” said Smith. “Fletcher (Ekern) used great movement at midfield to give me a great look at goal.”

ETSU finished the match outshooting Virginia Tech 19-8. Each goalie had a great second half with each picking up four saves. The Buccaneer defense was able to shut down the Hokie attack on multiple plays thanks to great plays from senior Donte Brangman (Southampton, Bermuda) and sophomore Chase Clack (Memphis, Tenn.).

“We had a ton of chances and great looks at goal in both halves. The team never folded and kept up the pressure,” said head coach Bo Oshoniyi. “It was a great crowd and atmosphere tonight in the stadium.”

The Bucs being the regular season on the road in Clemson, S.C. to take on the No. 11 ranked Clemson Tigers on Riggs Field at 7 p.m.

“We are going to cherish this moment to play Clemson on their field. We are going to make sure we are sound on all sides of the ball before we hit the road,” said Oshoniyi.