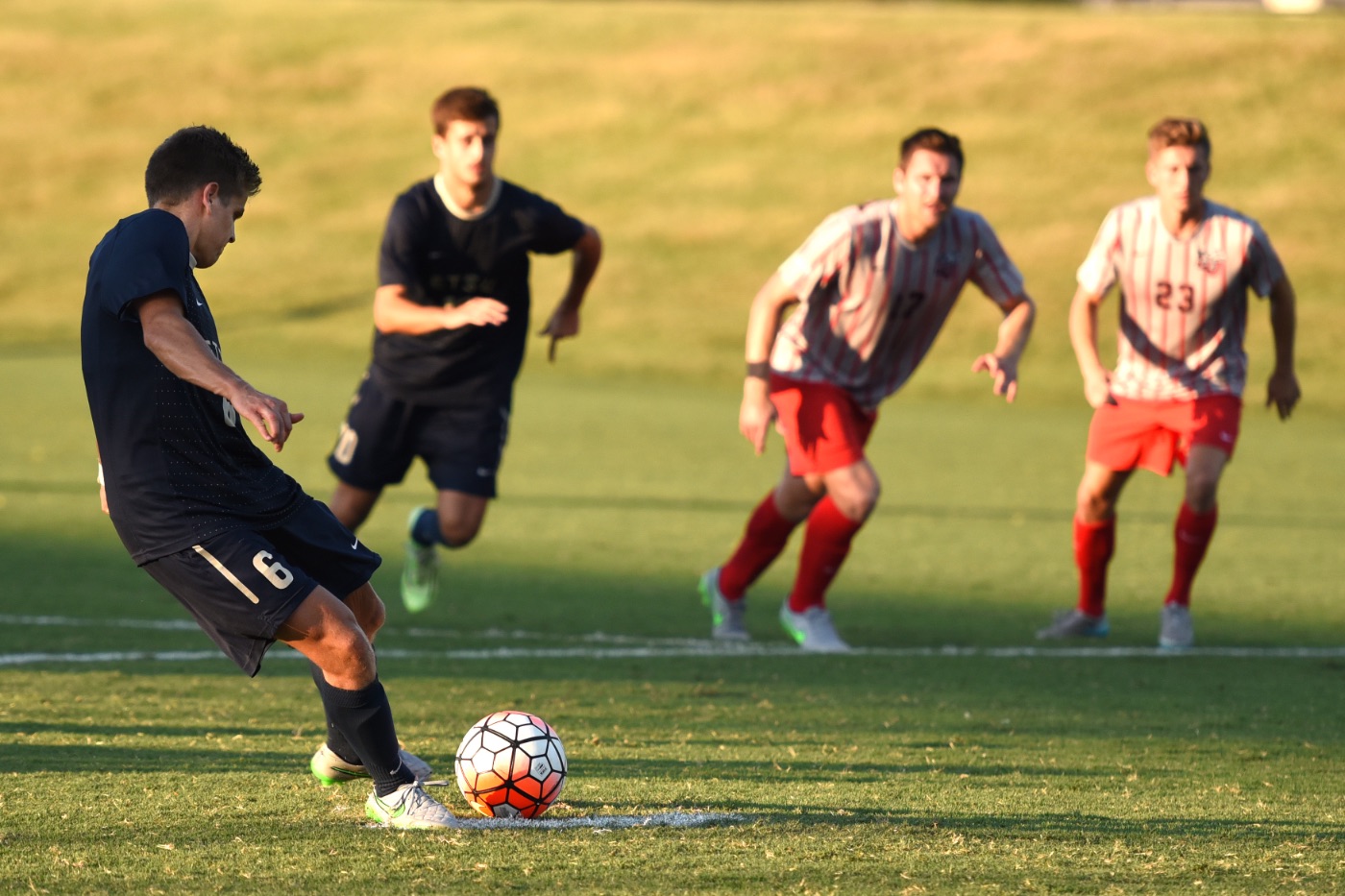 The game was back and forth throughout the entire match. The first half had several chances for both teams to score.

The best chance for ETSU to get ahead in the first half came at the 23rd minute. Luke Parker (Memphis, Tenn.) went streaking down the field on the counter-attack. Parker found Joao Ramalho (Monte Santo, Brazil) with a 30-yard lead pass, and Ramalho ran past the Flame defense and took a shot that hit the right post. Liberty was able to get the ball away before ETSU could get another shot off.

Another chance came three minutes later when he Bucs had multiple attackers in the box in the 26th minute but couldn’t score. James Smith (Eastbourne, England) took his second shot of the night, but it hit the post. Just five seconds later, Fletcher Ekern (Knoxville, Tenn.) attempted a shot, but it sailed high.

ETSU was leading at the half with 10 shots and one on goal. Liberty had the advantage on corner kicks 7-1.

Coming back in the second half, the Bucs and the Flames were fairly even on the attack. Neither team could possess the ball for any length of time to get any good shots off. The first shot of the second half came from the Flames when Sachem Wilson was able to get away from the ETSU defense and put a shot on goal. Goalie, Jonny Sutherland (Chester, UK), made a miraculous diving save that kept the game at a 0-0 match.

“I read the guy well. I just was telling myself to stay up and make him make the decision on where to take that shot,” said Sutherland. “I was thinking he was going right, and luckily he went to the right.”

Smith was able to get ETSU on the board after being fouled in the box. He was tangled up after some aggressive defense from Liberty. Smith kicked the ball to the right, and the Flame goalie went left for the 1-0 lead in the Bucs’ favor.

Sutherland posted two saves in the match, and both of the shots on goal for LU were strong attempts to either take the lead or tie the match.

“Jonny was the man of the match hands down. He was great working on the cross and distribution throughout the entire game,” said head coach Bo Oshoniyi. “We worked hard in the 90 minutes and we did not give up. Now we just have to tune-up as we start conference play next week.”

ETSU will open conference play on September 29 in Spartanburg, S.C. The Bucs will square off against the 5-1-1 Wofford Terriers. Wofford had the best record in the Southern Conference so far this season.