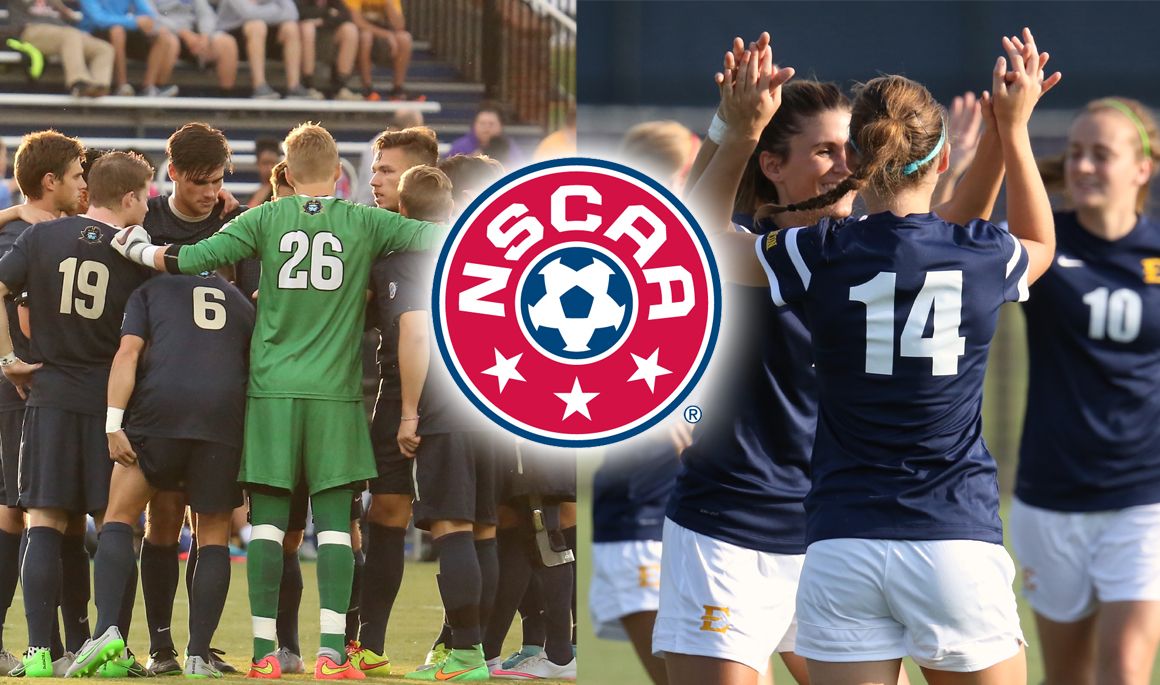 JOHNSON CITY, Tenn. (Sept. 24, 2015) – The ETSU men’s and women’s soccer teams were honored Thursday by being named to the National Soccer Coaches Association of America (NSCAA) College Team Academic Award for the 2014-15 season.

It is the fifth straight year in which both ETSU squads have received the award, which is given to programs that maintain a cumulative GPA of 3.0 or higher. ETSU was one of 208 programs and one of just three Southern Conference institutions with Furman and Mercer to garner the distinction.

The men have won have received the award each of the past five seasons while the women have been recognized seven years in a row and ten times total since the 2002 season. During the 2014-15 academic year the men’s squad compiled a cumulative team GPA of 3.14, while the women maintained a 3.52 GPA. The women team ranks 23rd amongst NCAA Division I programs in team GPA.

About the NSCAA
The NSCAA is the world’s largest soccer coaches’ organization with members at every level of the game, from professional to grassroots. The membership also includes administrators, referees and others in the soccer industry. The NSCAA provides its members opportunities to enhance the game of soccer by providing a national education program, interaction and networking opportunities, and membership benefits.