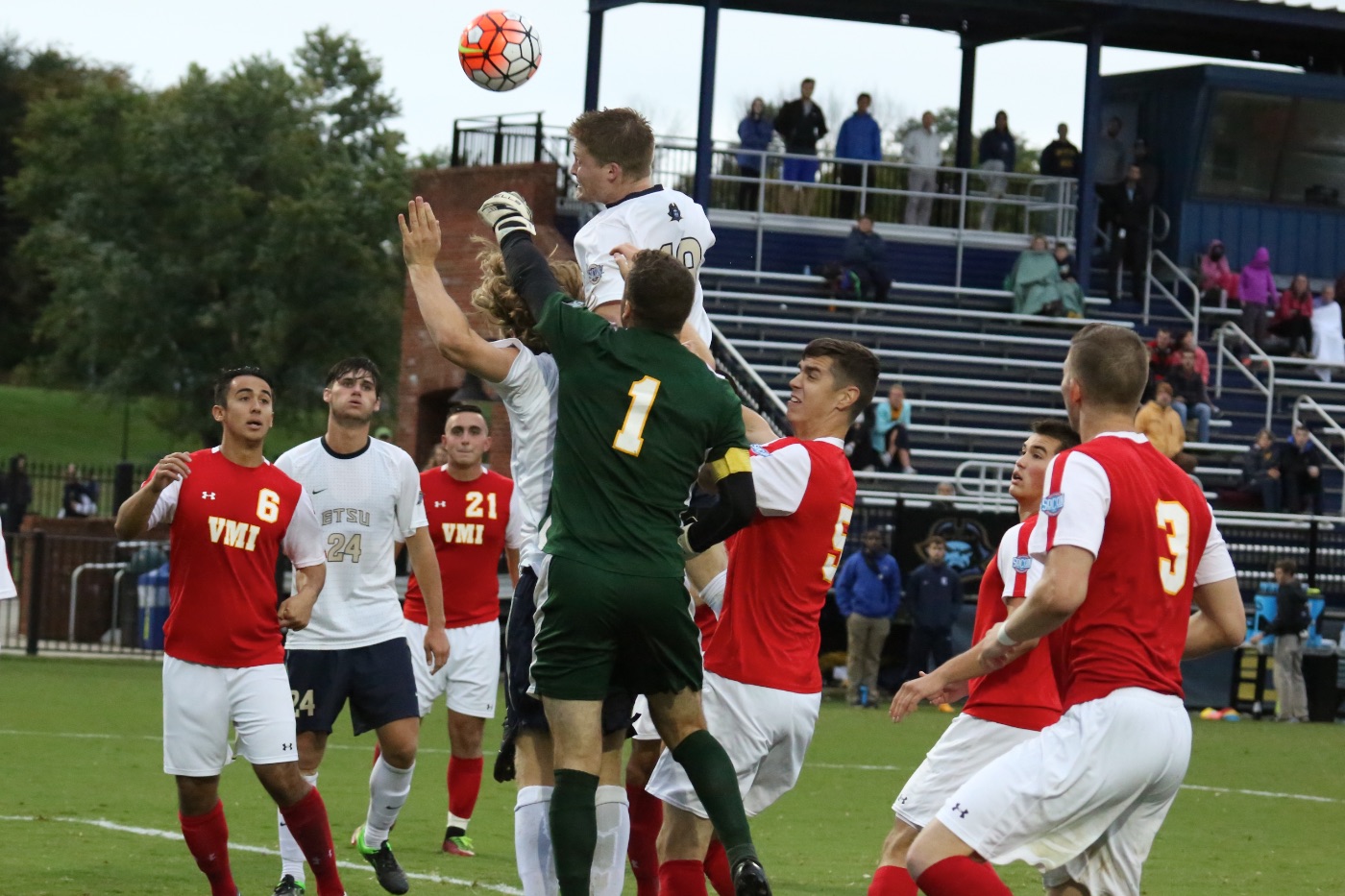 Johnson City, Tenn. (Oct. 10, 2015) – The East Tennessee State University Buccaneers men’s soccer team fell to Mercer University on Saturday 1-0 after letting up a goal in the 77th minute. The Bucs finished the game outshooting the Bears by 13 shots, while allowing just two shots for Mercer.

The first half was a very uneventful as the Bucs and Bears took just six shots combined with all attempts in ETSU’s favor. The Bucs did have one shot on goal that was taken by Jeff George (Safety Harbor, FL). His shot was saved on the right side of the net by MU’s goalie, Jeremy Booth.

In the second half, ETSU played with a lot of intensity. The Bucs maintained most of the possession in the second half as they took nine shots with four shots on goal. The Bears, however, scored the first and only goal of the game in the 77th minute.

The Bears took a cross on the right side of the attack. The kick sailed to freshman goalie Jonny Sutherland (Chester, U.K.) who was able to retain the possession, but Will Bagrou of Mercer was able to jar the ball free from Sutherland’s hand and score the game-winning goal for MU.

ETSU fought hard for the last 13 minutes, but Booth saved every shot on goal and ended the game with five saves. The Bucs had multiple opportunities after a corner kick in the last minute to put one in the back of the net but wouldn’t succeed. East Tennessee State took two shots within the last two minutes that could have tied the game at one, but the Mercer defense fought well and put the ball out of harm’s way.

“It was unfortunate how the game ended, but that is how Mercer plays their game. They try to frustrate you and they did just that to us today,” said head coach Bo Oshoniyi. “We just had one hiccup in the back field, but we will learn and build off errors and losses to become a special team this season. We will be playing against a good and exciting team in Furman, and they are coming off a loss as well today.”

ETSU will play again on Tuesday, Oct. 13 as they host the Furman Paladins at Summers-Taylor Stadium at 7 p.m. Furman is coming off a 3-1 loss at home against the Wofford Terriers, and the Paladins are currently 3-1 and second in the conference.