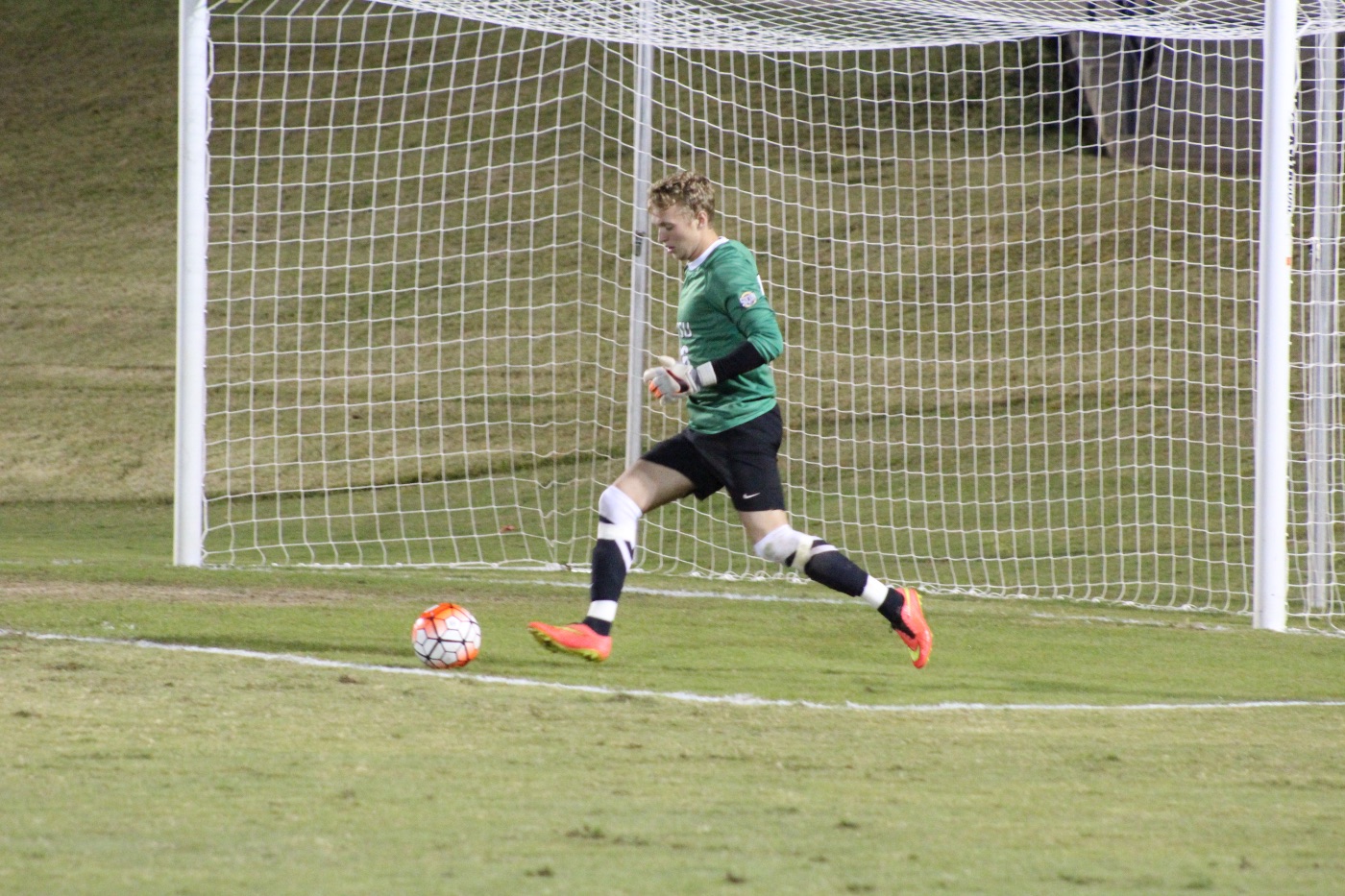 In the first half, the Bucs struck early as the Furman defense gifted the Bucs with a goal. The Bucs worked quickly from the right side to put a shot on goal. The pass came to the right post, and the Furman backline was the first to touch it. Furman beat out Fletcher Ekern (Knoxville, Tenn.) for possession, but the Furman header went to the right side of the net for an own goal to give ETSU the early 1-0 lead in the 13th minute.

Furman had some chances in the first half to knot the game, but Jonny Sutherland (Chester, U.K.) and the ETSU defense stood strong and fended off every attempt. Sutherland was the most valuable player of the first half as he corralled three saves.

The second half was a very well balanced match as both teams had several chances on goal. Furman had multiple opportunities off corner kicks as they led 10-0 on corners, but none of the chances found the back of the net. The Paladins had several scares in the last 10 minutes as they attempted several shots on goal, but none closer to Furman’s Brendan Richardson at the 66th minute.

The Paladins attacked from the right side in that minute, and Richardson took the header from the right post and sailed past Sutherland. Furman took several more chances, but the backline stood tall.

The Bucs extended the lead in the 88th minute after the Bucs were on a breakaway in front of the Paladin goal. The referee called a foul on the Furman keeper after attacking the ball too aggresively on Henrique Novaes (Vinehedo, Brazil) in the box. Ekern ended up taking the penalty kick and knocked it in the right side of the net to put the nail in the coffin for the Bucs.

The Paladins outshot ETSU 11-7 with 6-5 on goal. Mitchell Cecatiello (Pascagoula, Miss.) had two shots, while three other Buccaneers had one in the game.

The Bucs will continue their road trip on Tuesday, October 27 at Mercer University at 7 p.m. ETSU is currently riding a three game win streak and is outscoring the opposition 8-2 in that span.