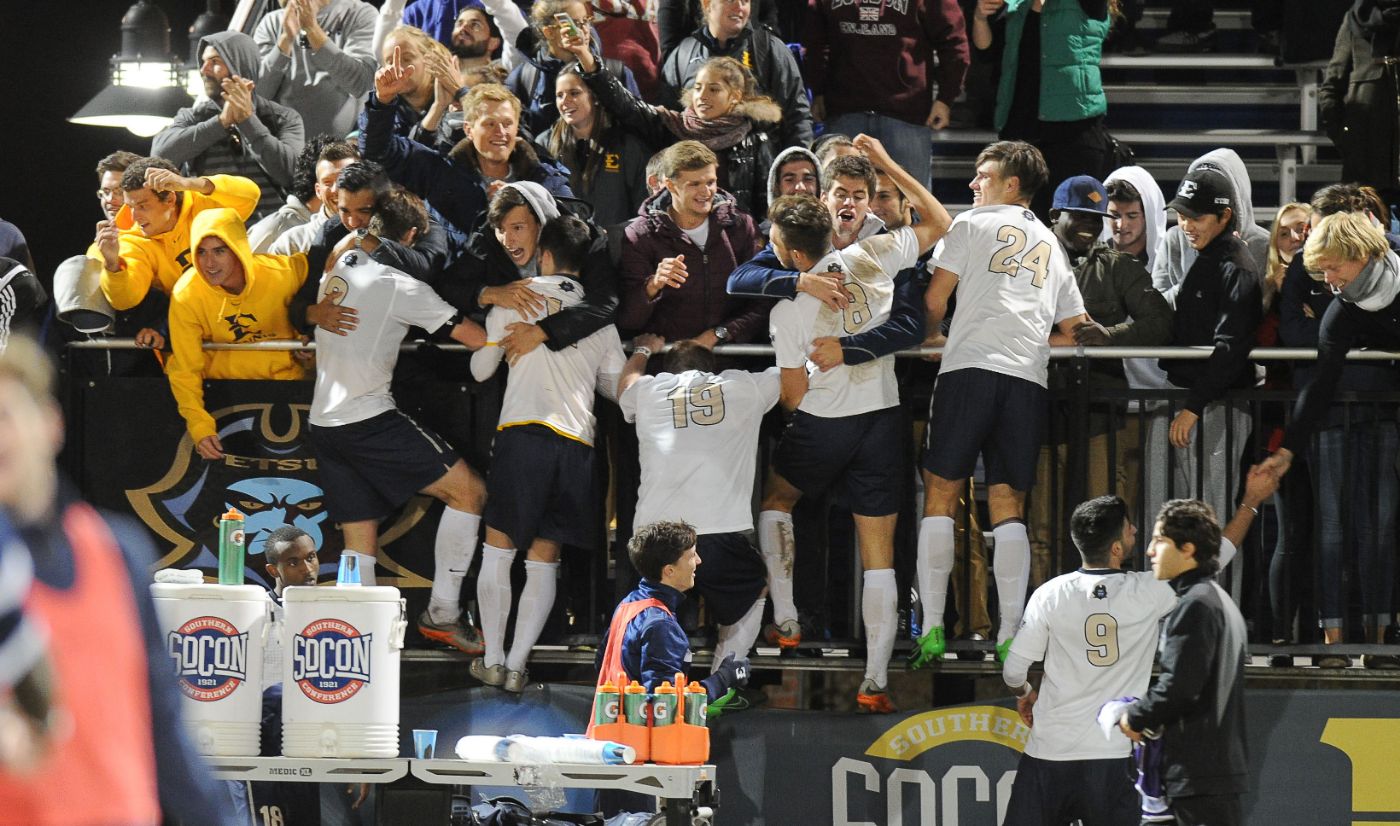 The Bucs celebrate with fans after winning in PKs 6-5.
ETSU upsets No. 1-seeded UNCG on PKs in SoCon semis
UNCG at ETSU | November 13, 2015
Related Links

With the win, the Bucs (9-6-3) advance to Sunday’s SoCon championship game and will face the winner of Friday evening’s matchup between Furman and Mercer. Meanwhile, UNCG watched its season come to a close as the Spartans dropped to 11-6-4 on the year. Sunday’s championship match is set to begin at 1 p.m.

After finishing two previous regular season games tied at 1-1, the Bucs and Spartans again finished their third matchup of the season all knotted following regulation and two 10-minute overtime periods. It was also the fifth-straight OT meeting between the teams dating back to last season.

The Spartans took the lead first thanks to a goal from senior Noah DeAngelo at the 38:10 mark of the first half. DeAngelo scored on an assist from junior Jordan Poarch, who crossed the ball to the middle where DeAngelo connected and curled a shot into the right side of the net.

ETSU responded in the second half, as Smith took an assist from Ohlman and slid through the UNCG defense, using his left foot to strike a bent shot around Spartans’ goalkeeper Jon Milligan.

For the game, ETSU outshot the Spartans 15-9, while UNCG held a 7-6 edge on corner kicks. Though both teams finished the initial five-shot PK period tied with 3 of 5 attempts finding the net, it was the Bucs who ultimately went 3-for-3 on the extra kicks while UNCG went 2-of-3.