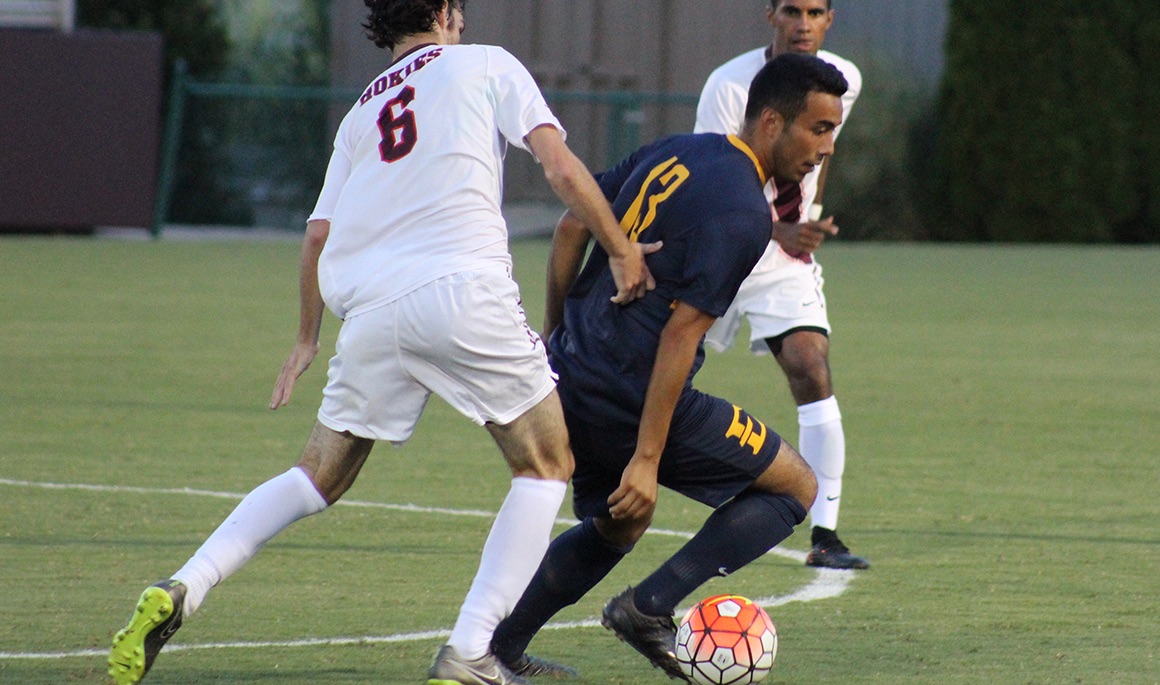 Within 25 minutes of first touch, High Point dominated as it scored three unanswered goals. The first goal of the match came at the 12th minute off a header by Ryan Inman. The Panthers extended their lead by a pair with goals in the 19th and 25th minute.

With several substitutions by the Blue and Gold, ETSU found the back of the net at the 36th minute off a corner kick. Cameron Woodfin (Old Hickory, Tenn.) took the corner, and after a failed clearance by the HPU defense, red-shirt freshman Javier Alberto (Johnson City, Tenn.) attempted a bicycle kick from ten yards out. His shot hit the right post, and the ball got away from the Panther goalie, which allowed Lucchesi to tap in the easy goal. In his first collegiate match, Lucchesi pulled the Panther lead to a pair.

ETSU didn’t trail in many categories following the end of the first half. High Point led 7-5 in shots taken and 5-2 with shots on goal. However, ETSU could not keep up with the high-scoring Panthers in the second half as they tacked on two insurance goals to seal the 5-1 victory.

The Blue and Gold will open its home schedule on Aug. 31 against George Mason (0-1) at Summers-Taylor Stadium. Kickoff set for 7 p.m.