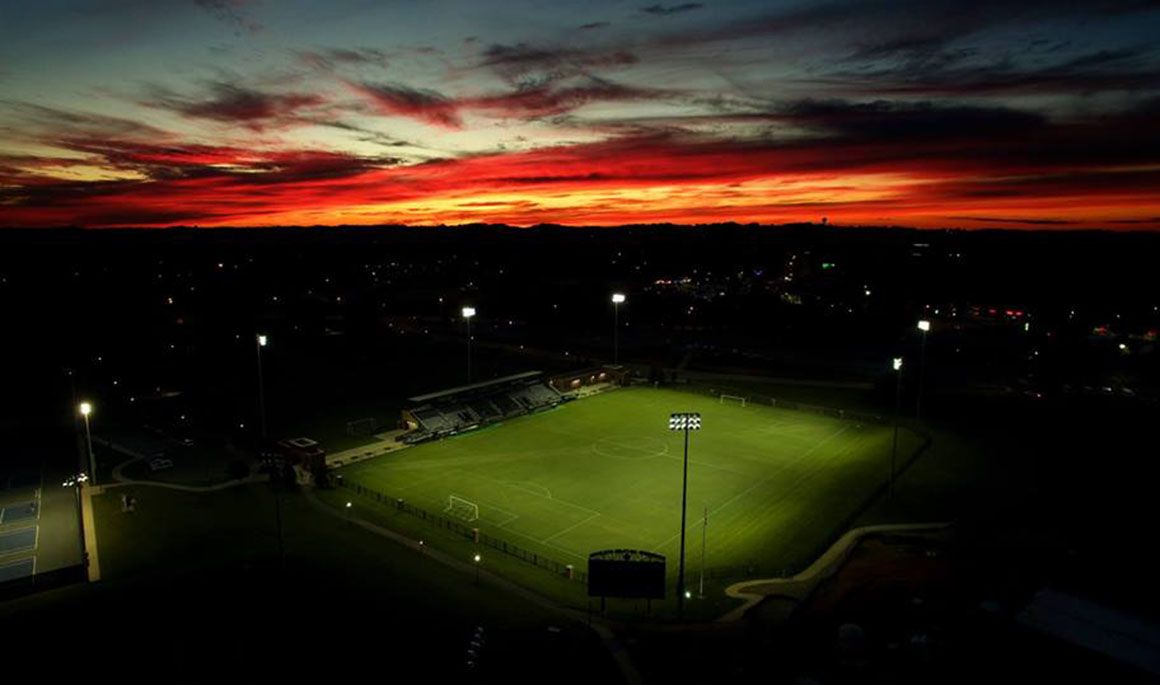 JOHNSON CITY, Tenn. (Aug. 30, 2016) – The ETSU men’s soccer team looks to rebound as it hosts the first two home matches of the season against George Mason (Aug. 31) and Appalachian State (Sept. 3) at Summers-Taylor Stadium. Kick off for both games are set for 7 p.m.

Mason opened its season at American University and lost 2-1. The Eagles scored two goals in the first half including a late goal in the first 45 minutes to take a 2-0 advantage. George Mason responded in the second half with nine of its ten total shots in the match. The Patriots found the back of the net in the 89th minute, and the goal was scored by senior forward Daniel Hoffmann.

George Mason is projected to finish seventh in the A-10 Conference with St. Louis University edging University of Dayton at the top of the poll. The Patriots finished ninth last season in the conference after a 7-7-3 overall record.

This is the first-ever meeting between the Bucs and Patriots.

Akinlosotu and Dirks have taken six combined shots with five on goal this year, and Dirks received the assist for the only goal scored this season for the Patriots.

Steffen Kraus played the full time between the posts in the season opener for Mason. He tallied nine total saves including six in the first half.

Appalachian State played two preseason matches between SoCon foe Wofford, which ended in a 0-0 tie, and High Point University. Appalachian State was set to open its season on the road at Cincinnati but lightning postponed the match, so the Mountaineers opened their season at Bowling Green with a 3-1 loss.

This is the first trip in three years the Mountaineers have traveled to Johnson City. Appalachian State came to ETSU in a mid-week matchup in 2013 and stole a 2-1 win in two overtime periods. Last season, the Blue and Gold tried to sneak a win out of Boone, N.C. in rainy conditions but fell 2-1 at Appalachian Soccer Stadium.

The Bucs are 1-5 against the Mountaineers all-time, and ETSU has struggled to score goals against the Sun Belt foe as the Bucs has scored four goals in their head-to-head history.

Appalachian State opens its season with four straight road matches, highlighted by a preseason ranked No. 7 Wake Forest. The Mountaineers will travel to play the Demon Deacons three days after ETSU.

ASU was picked to finish fifth out of six teams in the Sun Belt. The Mountaineers had one player earn Preseason All-Conference honors: senior forward Stephen Chapman. The Greensboro, N.C. native shutdown the Buccaneers last year as he scored the two lone goals for Appalachian State in the match. He also tallied an assist against the Blue and Gold in 2013 at Summers-Taylor Stadium.

In 2016, Jordan Melia has the lone goal for the Mountaineers, and Chapman has the only assist for ASU. Sophomore goalkeeper Jake Chasteen faced 18 shots in the season opener versus BGSU including 13 in the first half. He finished the match with six saves and three goals allowed.