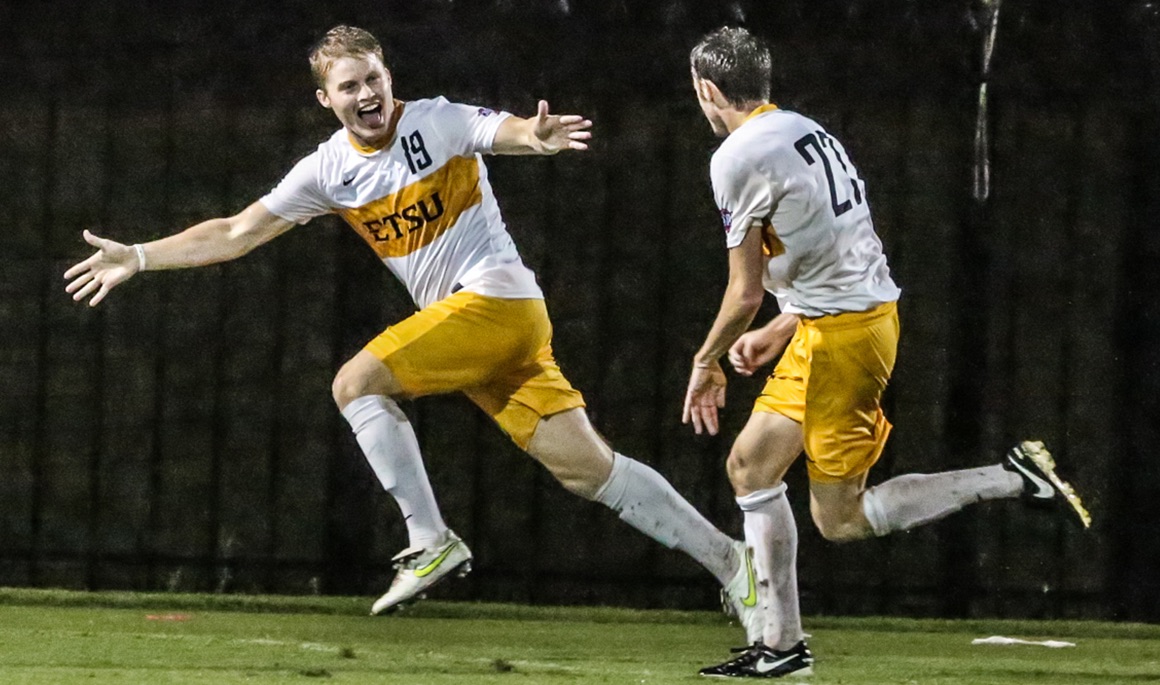 The Bucs attack was strong throughout the entire first half as they struck for 11 shots with five on goal. Fletcher Ekern (Knoxville, Tenn.) led the surge in half with three shots and two on goal. Seven Buccaneers took at least one shot in the first half, but none bigger than Clack’s first collegiate goal.

After a foul by UNC Asheville in the 44th minute, Cameron Woodfin (Old Hickory, Tenn.) took the free kick from nearly 40 yards out. After the ball cleared several players, Clack put a head on the ball at the left post and drilled the right side of the net to take the 1-0 lead. This was the first goal by a Buccaneer defender this season.

“We have been working on that set piece for awhile now, and I told him (Cameron Woodfin) before the game if you put it on the back post, then I will put it in the goal,” said Clack.

Coming out of the half, ETSU had a golden chance at the 58th minute to extend its lead to 2-0. UNCA goalie Chris Katt came out of his box to put a head on the ball to clear it, and the ball trickled to Ekern just a few yards away. Ekern clipped the ball to Mitchell Cecatiello (Pascagoula, Miss.) past Katt, but the Bucs were called for an offside to hold the game at 1-0.

The 79th minute was a second chance for the Bucs to extend their lead as Serge Gomis (Dakar, Senegal) set up a cross within the 18-yard box. The ball went to Woodfin, who put a head, but Cecatiello knocked a second header into the goal. However, the line referee called him offside for the second time in the half.

The Blue and Gold outshot the Bulldogs 23-7 with 8-3 on goal. Jonny Sutherland (Chester, U.K.) totaled three saves and earned his third shutout of the season and eighth career shutout.

“We are defending really well right now. Having three shutouts in the last four games is a testament to our defense. It is a team mentality though, and I think the guys are starting to get it at practice. However, we have to continue to get better with the process,” said head coach Bo Oshoniyi.

The Bucs have not surrendered a goal in regulation time in the last four matches, and ETSU is 3-1 in its last four after falling 1-0 in overtime at No. 22 West Virginia.

“Our success lately is still starting from the top. I think everyone is working for each other. The forwards are doing their part as well as the midfielders. I think the backline is continuing to communicate really well and getting familiar with each other,” said Clack.