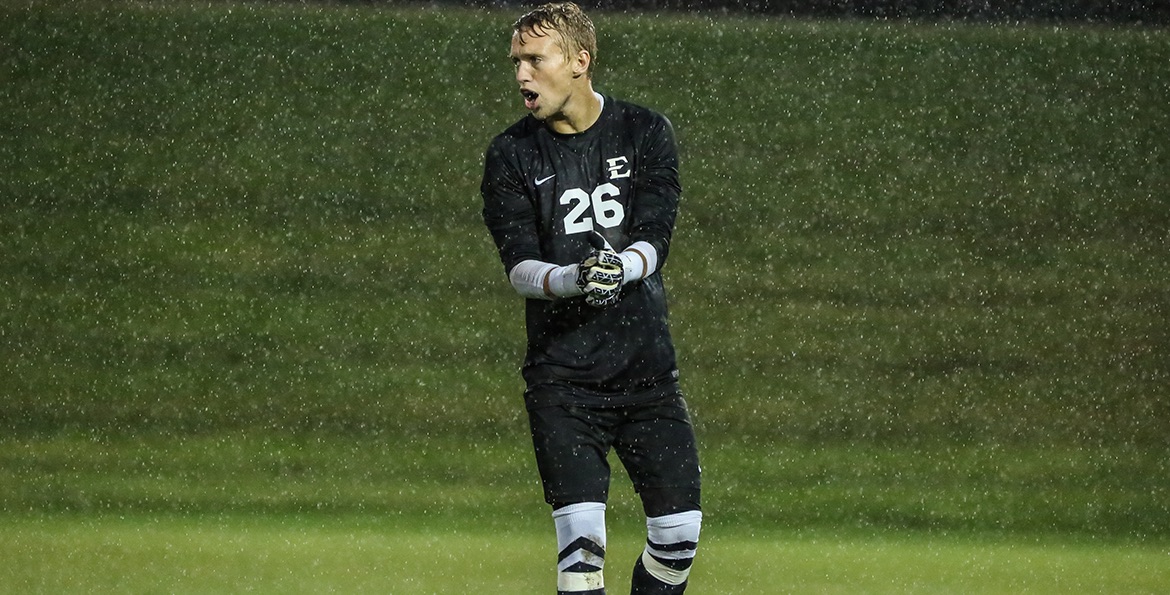 JOHNSON CITY, Tenn. (Sept. 20, 2016) – With a pair of shutouts against top-ranked North Carolina and UNC Asheville, ETSU goalkeeper Jonny Sutherland (Chester, U.K) landed on the TopDrawerSoccer.com National Team of the Week and earned the SoCon Player of the Week for the week of Sept. 12-18.

The lone keeper on the TDS Team of the Week has been outstanding between the posts in the month of September for ETSU. He has made 13 saves in the four games this month including six total saves against the Tar Heels and Bulldogs. He has improved his save percentage from .300 in the first two matches to .667. With the two shutouts this week, Sutherland moves into third on the active career leaders in the SoCon in shutouts (8) and career wins (12).

The 2015 Second All-Conference and All-Freshman Team member has a 1.31 goals against average, which is fourth-best in the SoCon. He is also ranked in the top-100 nationally in minutes played (560 mins).

“It is an honor to be nationally recognized and to also pick up the SoCon Player of the Week,” said Sutherland. “Personal accolades are always a bonus for me, but the main focus is always the team, and how we collectively perform. The backline is making my job a lot easier right now too, and the whole team is performing great too.”

As a rookie last year, Sutherland started in net for the Bucs all 19 matches, and he totaled an 1.19 goals against average with a .745 save percentage. He was also one of two players for the Blue and Gold to start and play every minute of last season.

The ETSU men’s soccer team will conclude its non-conference schedule on Wednesday, Sept. 21 at No. 20 Kentucky. Kickoff is set for 7 p.m.