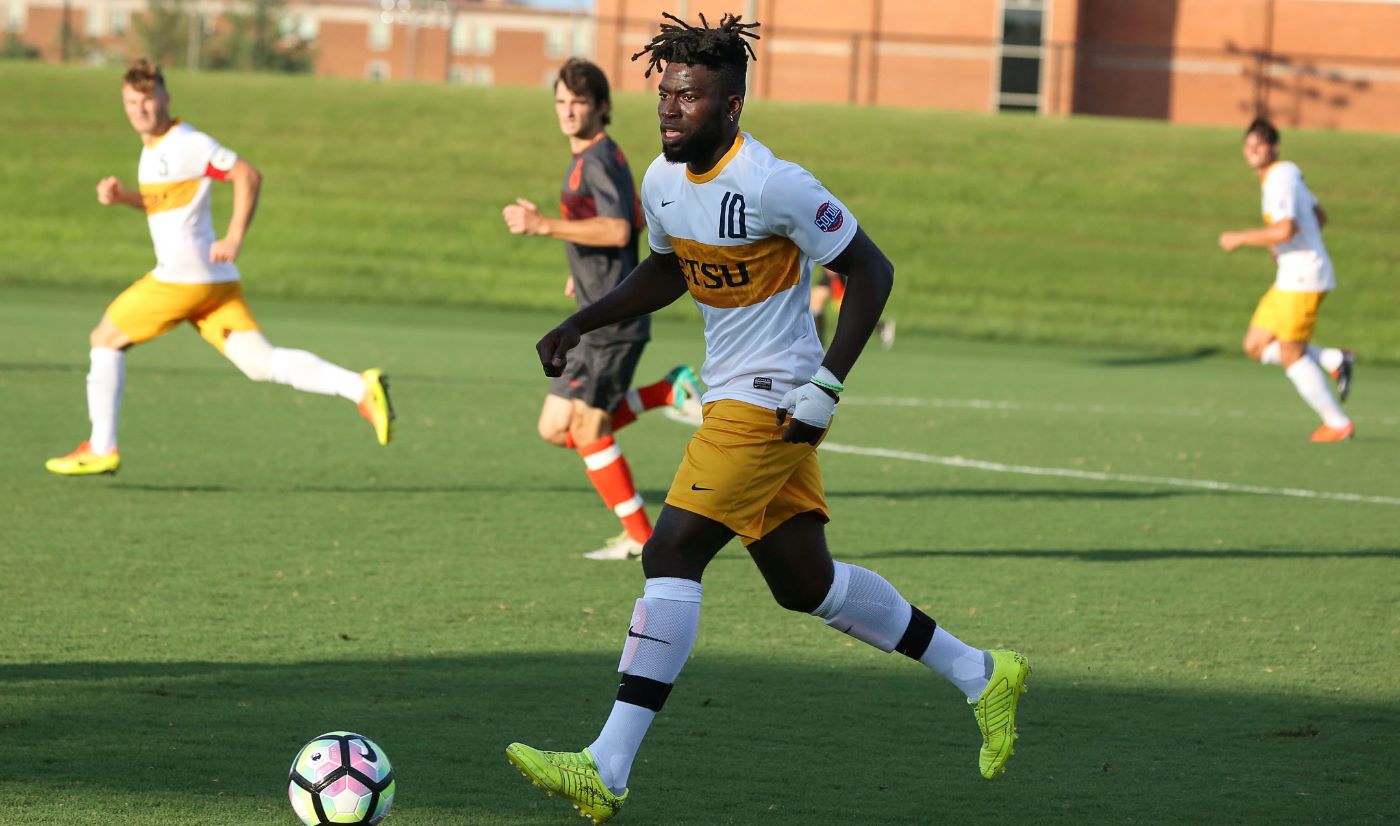 ETSU goes on second half shooting spree but fails to capitalize

JOHNSON CITY, Tenn. (Aug. 15, 2017) – Despite keeping Virginia Tech scoreless in the first half on 14 shots, the ETSU men’s soccer team could not find the net as the Bucs dropped a 1-0 decision in a season opening exhibition Tuesday night in Summers Taylor Stadium.

After falling behind on a goal by Virginia Tech’s Marcelo Acuna in the 52nd minute, the Bucs – who had only taken five shots in the first half – attempted four attacks within five minutes but could not find the net. The Bucs finished the night with 12 shots, eight of which were on goal.

Goalkeeper Jonny Sutherland (Chester, U.K.) had his work cut out for him in between the pipes, as he saved seven shots in the first half, shutting out the Hokies. He finished the night with 10 saves and only one goal allowed.

Leading the attack for the Bucs was junior Serge Gomis (Dakar, Senegal), who attempted four shots with three on target. Subbing in for the entire second half, senior Cameron Woodfin (Old Hickory, Tenn.) took three shots with two on goal, including one that required a diving save by Virginia Tech’s Ben Lundgaard.

The ETSU men will travel to face UNC-Asheville this Saturday, August 19 at 7 p.m. in an exhibition before opening the regular season.

The Blue and Gold will begin its regular season schedule against Dayton August 25 at 6 p.m., followed by (0-1) their home opener against Kentucky August 29 at Summers Taylor Stadium at 7 p.m.