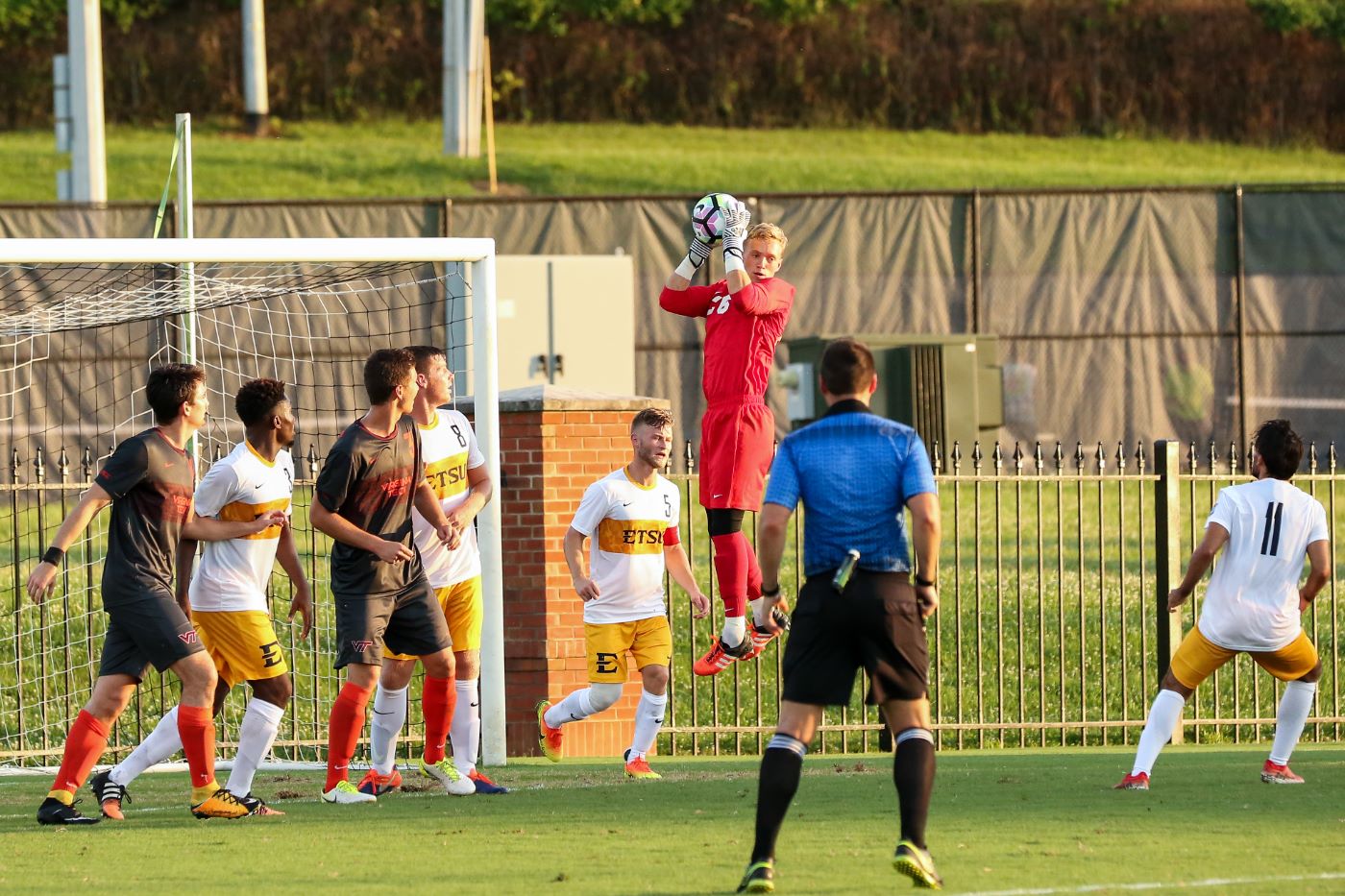 ASHEVILLE, N.C. (Aug. 19, 2017) – In the final exhibition before regular season play, the ETSU men’s soccer team found help from one of its 11 freshmen and landed a 1-0 victory over UNC Asheville at Greenwood Soccer Field in Asheville Saturday night.

Within three minutes of subbing in, freshman midfielder Jordan Broadwater (Kingsport, Tenn.) scored his first career goal in collegiate competition for the game’s only goal. In the 71st minute, Broadwater came out of a scrum, kicking the ball off his left foot into the right side of the net for the game winner.

Although junior goalkeeper Jonny Sutherland (Chester, U.K.) only recorded two saves on the night, he earned the shutout in stunning fashion as he dove to his right on a penalty kick to prevent a goal and preserve the ETSU lead.

The Bucs outshot Asheville 15-7 but struggled to find the target with only three shots on goal. Senior forward Fletcher Ekern (Knoxville, Tenn.) led the team with four shots, which all came in the first half.

The first half started slow, but physical, as a scoreless first half ended with seven fouls against each team. ETSU outshot the Bulldogs 8-3, with each team only hitting one shot on goal. ETSU finished with 14 fouls, while the Bulldogs ended with 13.

The Bucs -- along with the rest of the Southern Conference -- open regular season play next week on August 25. ETSU will be on the road against Dayton with kickoff time set for 6 p.m.

The home opener for ETSU is August 29 against Kentucky at 7 p.m. inside Summers-Taylor Stadium.