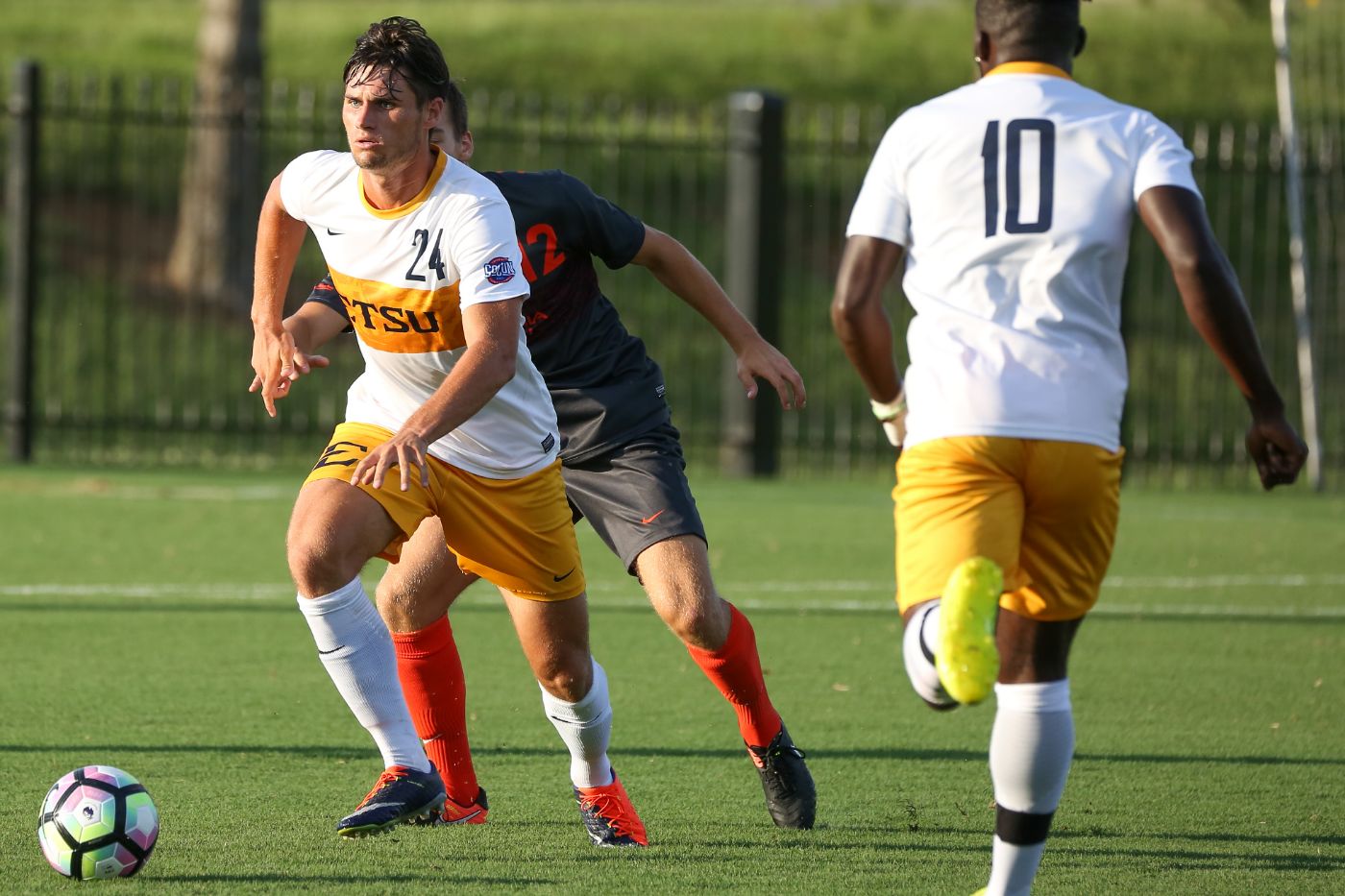 JOHNSON CITY, Tenn. (Aug. 14, 2017) – As preseason comes to a close, The ETSU men’s soccer team opens regular season play on the road August 25 against the Dayton Flyers. Kickoff from Baujan Field in Dayton, Ohio is set for 6 p.m.

The Bucs finished preseason play August 19 with a 1-0 victory over UNC Asheville in exhibition action. The team opened the season with a 1-0 loss to Virginia Tech in Johnson City August 15.

Like ETSU, Friday will mark the regular season opener for Dayton. The Flyers tied 1-1 against Bowling Green and lost 5-3 against Milwaukee in exhibition play, with both games coming on the road.

Dayton finished 8-9-3 last season and 3-3-2 in Atlantic 10 conference play. The Flyers made matters difficult for non-conference road opponents, compiling a 3-1 record. The team also finished 5-2-1 in the friendly confines of Baujan Field.

Despite a losing record last season, the Flyers have recently tasted success. In 2015, Dayton finished 13-5-5 and won the Atlantic 10 conference tournament championship. The Flyers defeated Oakland in the first round of the NCAA Tournament before exiting with a 4-3 loss in penalty kicks to No. 9 Ohio State.

The team is led by head coach Dennis Currier, who is 121-76-37 in 12 seasons at Dayton and has over 300 wins in a 24-year head coaching career. He is the program’s all-time winningest coach.

This will mark the first ever meeting between the two schools.

Much like ETSU, the Flyers will sport many new and familiar faces in 2017, as it added 14 newcomers to a squad that returned seven starters.

Among the top returners for Dayton are sophomore forward Rok Taneski, who made the A-10 All-Rookie team last season and finished with four goals and six assists. The team also returns a strong defensive presence in sophomore David Laines and senior Dillon Nino, as the duo combined for 37 starts and over 3,000 minutes last season.

The Flyers suffered a key loss in senior defender Lalas Abubakar, who won the A-10 Defender of the Year award and was recently drafted to the MLS.