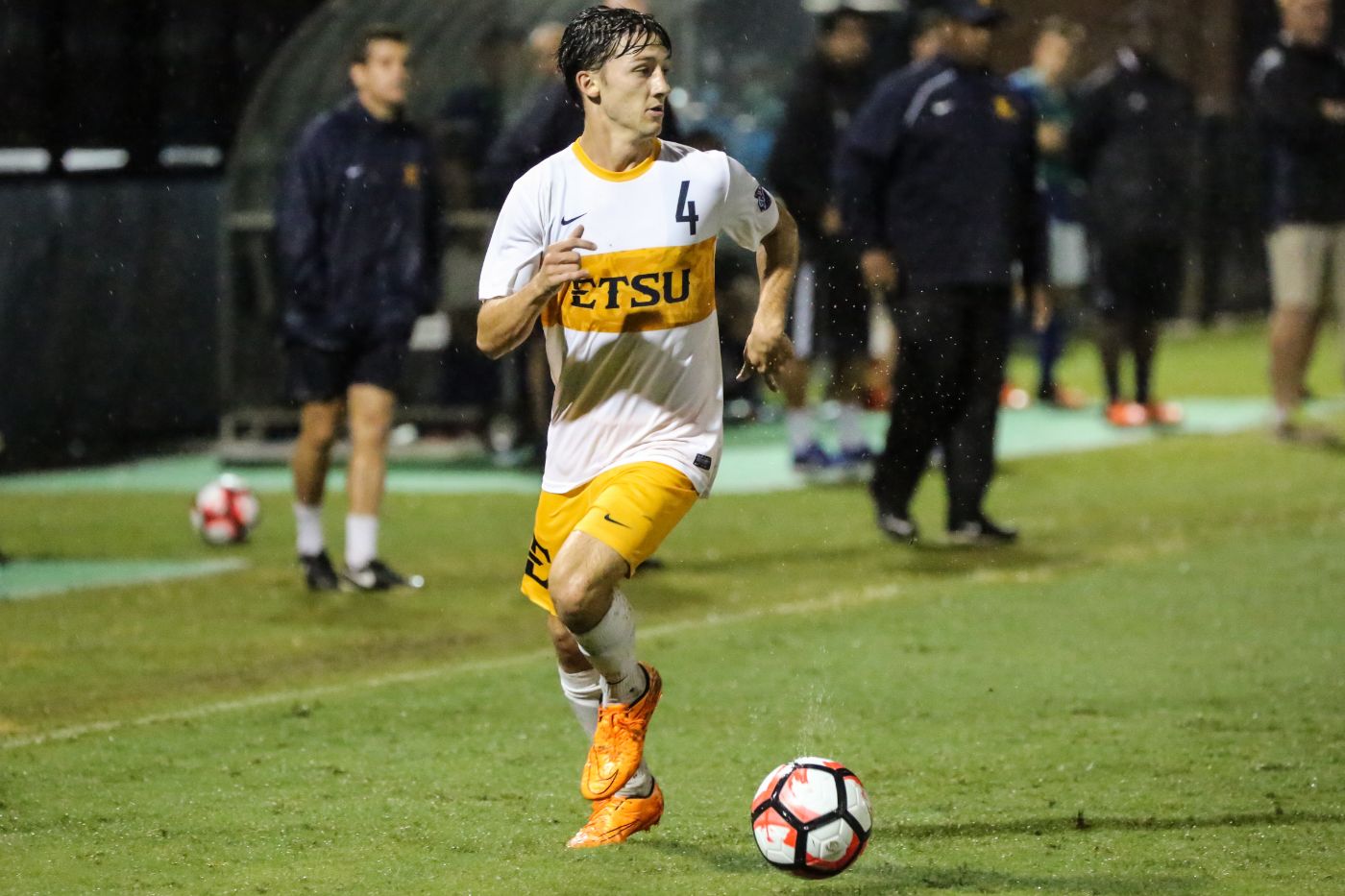 DAYTON, Ohio (Aug. 25, 2017) – A feeling of disappointment loomed at Baujan Field Friday night, as the ETSU men’s soccer team could not capitalize on a strong performance and would settle with a season opening 1-1 tie against Dayton.

The Bucs saw a number of chances in double overtime, but three clutch saves by Dayton would prevent the Blue and Gold from snatching the road victory.

ETSU’s offensive attack appeared dominant from start to end, finishing the night with 14 shots and 10 shots on goal. The ETSU back line frustrated Dayton throughout the game, as the Flyers managed only eight shots and two shots on goal in the game, including just two shots in the first half.

In the 30th minute, senior Cameron Woodfin (Old Hickory, Tenn.), who is typically known by his nation leading 12 assists from last season, flipped the script by scoring the team’s first goal of the year. From 35 yards out, junior Serge Gomis (Dakar, Senegal) passed to Woodfin, who shot off his left foot to put the Bucs up 1-0. The ETSU advantage would last for most of the game.

With 15:54 to go, Dayton’s Alvaro Navarro was assessed with a red card, giving the Bucs a one-man advantage. With time running thin and backs against the wall, Dayton finally broke through the tenacious ETSU defense to hit the equalizer with 6:16 to go.

The Bucs would attempt three more shots on goal in regulation, including a header from senior Fletcher Ekern (Knoxville, Tenn.), a 20-yard high shot from Gomis and a corner-roller from sophomore Javier Alberto (Johnson City, Tenn.), but three saves by Dayton’s Federico Barrios would result in overtime.

ETSU junior goalkeeper Johnny Sutherland (Chester, U.K.) had a seemingly slow night between the pipes thanks to strong preventative measures by the backs, recording one save on two attempts.

The Blue and Gold will look for its first win of the season against a non-conference foe August 29, as Kentucky rolls into Johnson City. Kickoff is set for 7 p.m. at Summers Taylor Stadium.