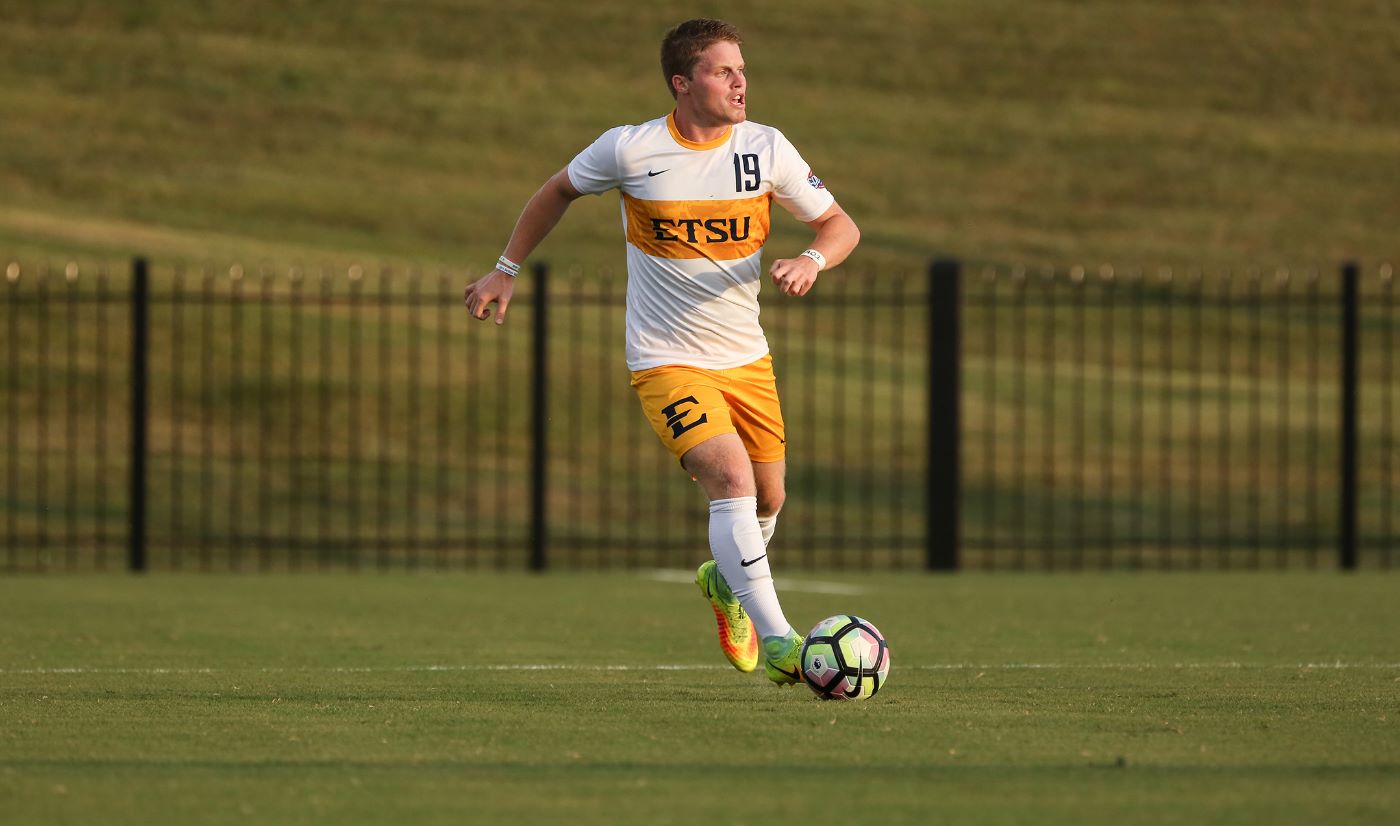 JOHNSON CITY, Tenn. (Aug. 29, 2017) – A tight battle of possession occurred at Summers Taylor Stadium Tuesday night, but it would be Kentucky who would prevail in double overtime for the 2-1 victory over ETSU.

The Bucs grabbed the early lead in the 18th minute, as sophomore defender Joe Pickering (East Sussex, England) found the net on a header after a corner kick from fellow sophomore Bruno Andrade (Sao Paulo, Brazil), giving the Bucs an early 1-0 lead.

The ETSU lead would hold through most of the game until Kentucky’s Stefan Stojkovic pinned a five yard shot into the right corner for the equalizer. Both teams had chances to hit game winners in regulation, but neither team would do so, sending the game to overtime.

Both teams traded shots through overtime, but the golden goal would come when Stojkovic would nail a shot that bounced off the crossbar and over the goal line to give Kentucky the narrow victory. The game ended with 3:33 remaining in the second overtime period.

After the fourth minute of play, senior defender Chase Clack (Memphis, Tenn.) became the second current ETSU player to log 4,000 career minutes (Ekern has 4,164 plus whatever). Clack also has logged 3,961 consecutive minutes since the 2015 season opener, the second most in program history behind former ETSU goalie Ryan Coulter (5,856).

ETSU’s junior goalkeeper Johnny Sutherland (Chester, U.K.) recorded seven saves in the match, including four close calls in the first half helping the Bucs cling to their lead.

The Bucs will now take a one-week hiatus from action, as their next matchup is next Tuesday, Sept. 5 against Lipscomb. Kickoff from Johnson City begins at 7 p.m. inside Summers Taylor Stadium.