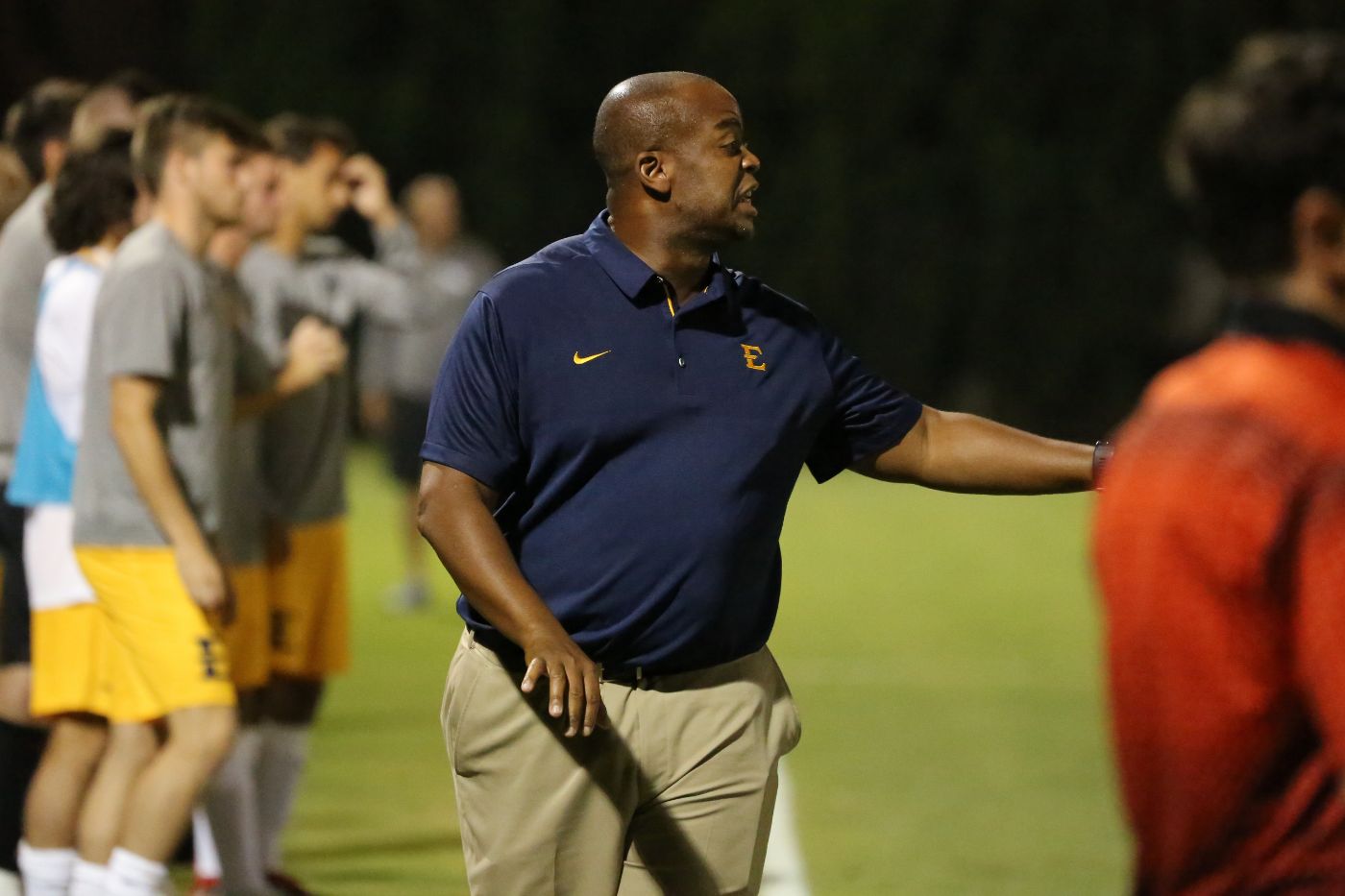 JOHNSON CITY, Tenn. (Aug. 28, 2017) – The ETSU men’s soccer team had an entire week of practice to mull over a 2-1 overtime loss to Kentucky at home last Tuesday, but will now hit the field tomorrow, Sept. 5 to host Lipscomb. Kickoff from Summers Taylor Stadium is set for 7 p.m.

The Bucs have entered two tight contests to open the 2017 season, with both going into the final minutes of double overtime. Kentucky’s golden goal came in the 107th minute to seal the victory.

Eighteen minutes into the game, ETSU took the lead on a header by sophomore defender Joe Pickering (East Sussex, England) off a corner kick by sophomore transfer Bruno Andrade (Sao Paulo, Brazil). The lead would hold until Kentucky hit the equalizer in the 76th minute.

Junior goalkeeper Jonny Sutherland was key in helping the Bucs hold the lead for 60 minutes, as he fought off seven shots on goal, including four tough shots while ETSU had the lead.

The Lipscomb Bisons come into town with a 2-1 record and experienced the opposite feeling ETSU felt in its last game. Lipscomb’s Logan Paynter found the net with less than five minutes remaining in regulation to give the Bisons a 2-1 victory over SIU-Edwardsville.

Lipscomb finished with a 10-6-2 record last season and would make it to the semifinal round of the ASUN conference tournament. The Bisons posted a 6-2-1 record at home, but struggled on the road, going 3-4-1.

The Bisons have held membership in the ASUN conference off and on since 2003, including the years ETSU spent in the ASUN from 2008-2013 before joining the SoCon. Lipscomb took home the 2014 ASUN regular season championship with a 4-1-1 record.

The team is led by long-time head coach Charles Morrow, who is in his 13th season. Morrow played at Lipscomb from 1994-96 before becoming an assistant coach after graduation. He rejoined the Bisons as a head coach in 2005 after working as an assistant at fellow-Nashville institution Vanderbilt and after a two-year head coaching stint with Belmont Abbey College. He has yet to make an NCAA tournament appearance.

Tomorrow’s contest will mark the 10th time the two in-state rivals have battled, with ETSU leading the series 6-2-1.

The Bucs have outscored Lipscomb by a combined score of 15-5 in the series and also hold a 4-1-1 series record at Summers Taylor Stadium. ETSU also has six shutouts against Lipscomb, including the last three matches.

This will be ETSU head coach Bo Oshoniyi’s first time facing the Bisons, as the last contest in this rekindled rivalry dates back to the 2013 ASUN conference tournament. The Bucs eliminated Lipscomb with a 1-0 loss and would go on to win the conference championship.

Lipscomb sports one of its most experienced teams in program history this season as 10 seniors and five juniors make up over half the roster. The Bisons lead the ASUN in seniors and upperclassmen.

Senior midfielder Ivan Alvarado will be a player to watch for Lipscomb. Alvarado is a three-time preseason all-conference selection and is one assist away from breaking the program’s career assist record.

Junior forward Logan Paynter has made his mark on the Lipscomb record books as he finished last season with the second most goals in points in a single season with 11 and 26, respectively. Paynter also has 17 career goals, which ranks third in Bisons history. He has the team’s only game winner so far this season.

Between the pipes stands redshirt junior Christopher Zappia, who has 12 saves and six goals allowed this season. Zappia served as a backup for nearly two seasons before starting five games last year as an injury replacement, posting a 1.26 GAA and a .781 save percentage.

The biggest strength of the Bisons might be their backline, as the four defensemen each logged 1,000 minutes last season. The backs are led by senior and all-conference preseason pick Joe Kerridge.