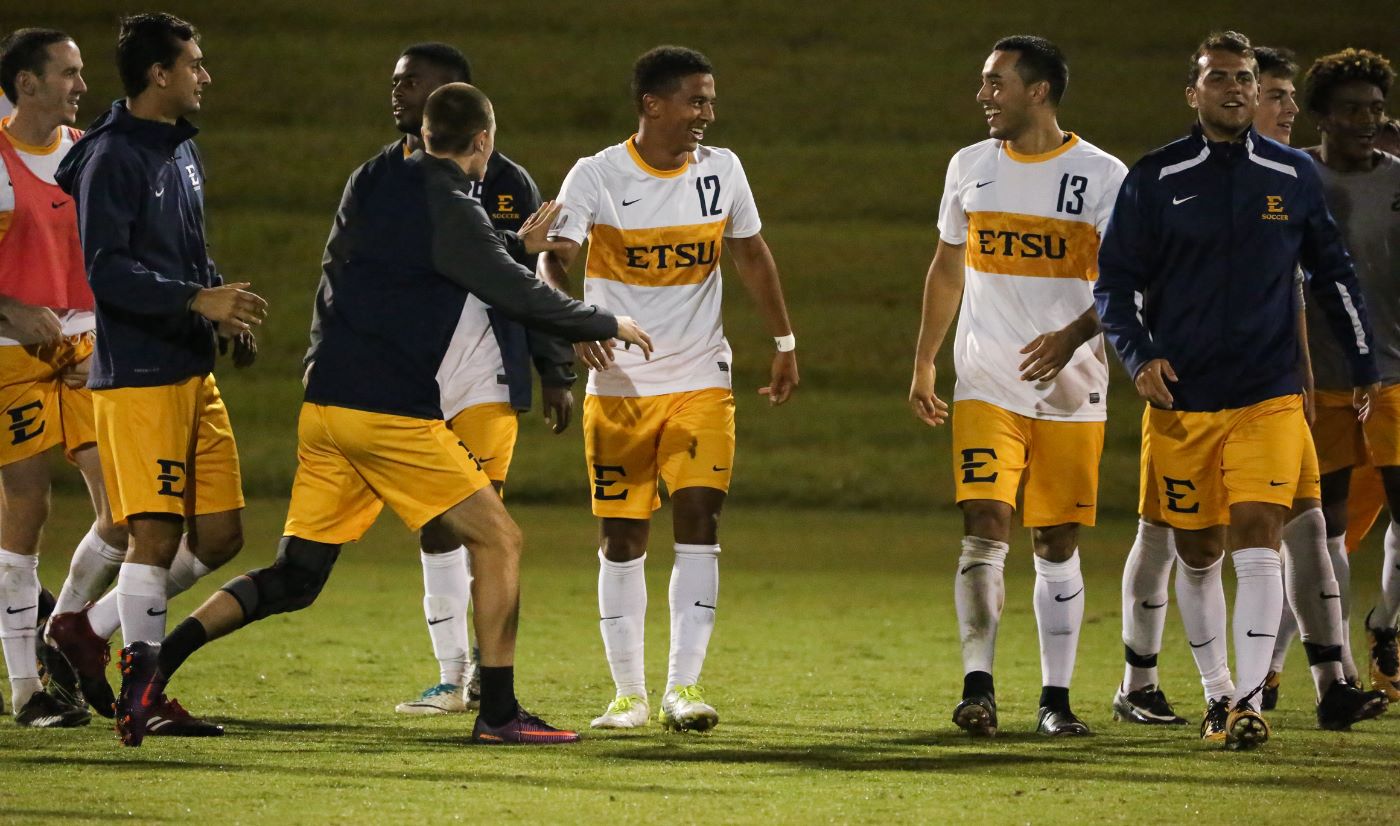 JOHNSON CITY, Tenn. (Sept. 5, 2017) – Seeing his first action of 2017 late in the second half, freshman midfielder Ryan Madondo (Franklin, Tenn.) made an impact, scoring the golden goal early in overtime to give ETSU men’s soccer a 3-2 victory Tuesday night inside Summers Taylor Stadium.

ETSU would head to overtime for the third time this season, and the third time would be the charm. Tied 2-2 in a back-and-forth contest, Madondo received a deep pass from senior defender Chase Clack (Memphis, Tenn.) and drove it all the way to the right post before kicking toward the left corner for the golden goal. The game ended with 8:17 on the clock.

The win gives ETSU its first of the season, but it did not come easy. The Bucs would strike first after senior forward Fletcher Ekern (Knoxville, Tenn.) tapped one in close to the left post. Sophomore forward Bruno Andrade (Sao Paulo, Brazil) picked up the assist on the cross.

The Bisons would strike back early in the second period, as Logan Paynter scored two goals within five minutes to give Lipscomb the 2-1 lead and a burst of momentum.

The lead would last all of five minutes, as Clack would nail the equalizer in the 57th minute. After junior midfielder Nick Spielman (Melbourne, Fla.) had his shot attempted saved by Lipscomb goalie Christopher Zappia, Clack would pick up the pieces and walk in for the game-tying goal.

After the big win, the Bucs will hit the road this Saturday, Sept. 9 for a matchup against daytrip rival Appalachian State (2-1-1). Kickoff from Boone, N.C. is set for 7 p.m.