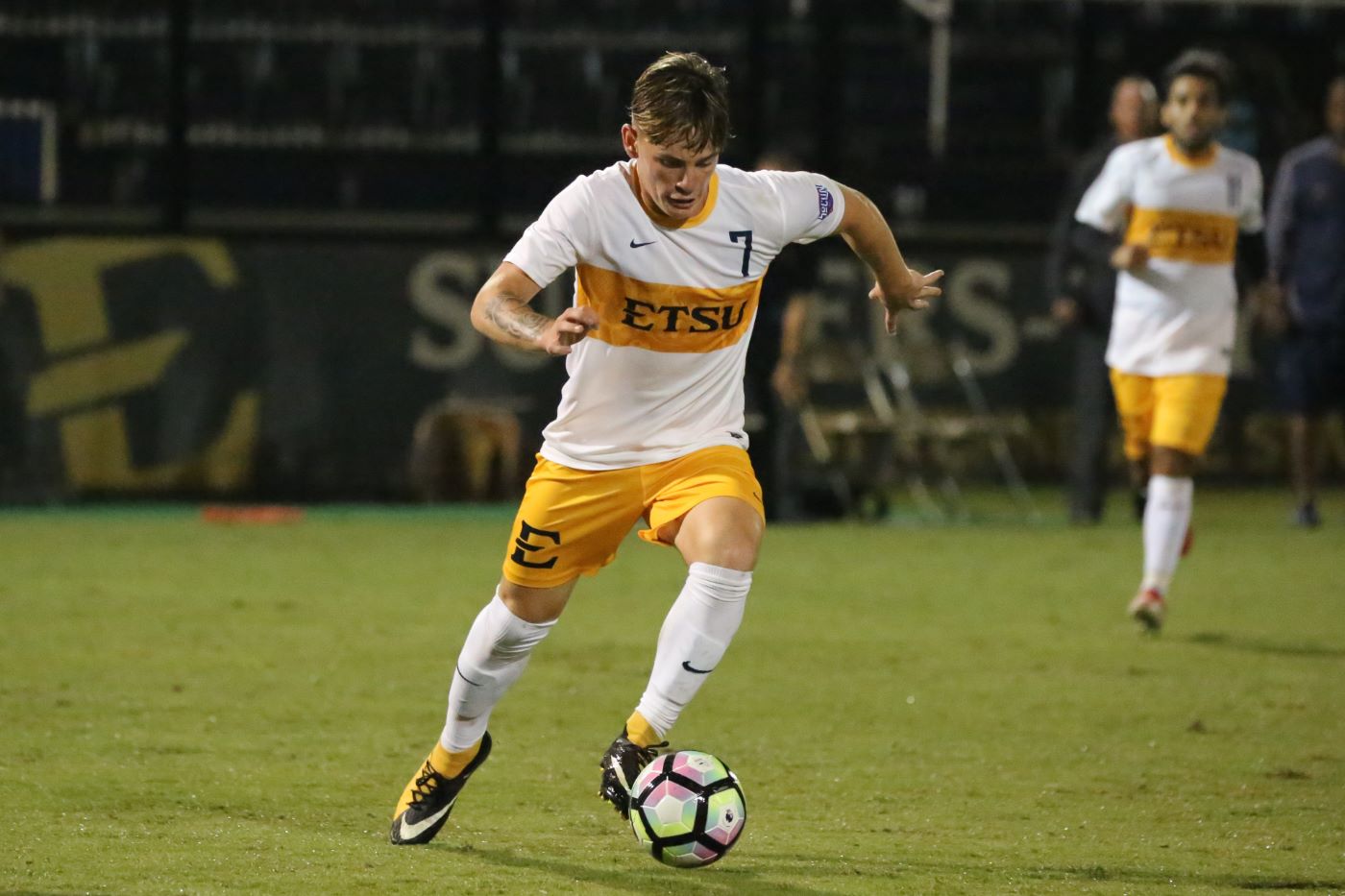 BOONE, N.C. (Sept. 9, 2017) – For the fourth consecutive time this season, the ETSU men’s soccer team found itself in overtime. For the second straight time, the Bucs would walk away with a win.

Two freshmen came up huge for the Bucs in the 93rd minute, as Danny Barlow (Newcastle, England) scored his first career goal for the game winner off an assist by Austin Bihlmeyer (Knoxville, Tenn.). This gave the Bucs a 1-0 overtime victory over Appalachian State at the Ted Mackorell Soccer Complex Saturday night.

“I’m happy for Danny (Barlow) to get his first goal and happy to get our first shutout,” said ETSU head coach Bo Oshoniyi. “Appalachian State is a tough team and this was a quality win for all of our guys. Hopefully we can continue to stay dialed in and play complete games like this throughout the season.”

Shots were at a premium in the first half, as the Bucs outshot the Mountaineers 4-3. ETSU had two shots on goal but neither would find the net. But the offense would really pick up in the next 48 minutes.

ETSU had an explosive second half, putting up 11 shots while limiting Appalachian State to two. The Bucs also racked up eight total corner kicks with the majority coming in the latter minutes of the game.

The Blue and Gold controlled possession well and posted a strong defensive performance by taking the pressure off junior goalkeeper Jonny Sutherland (Chester, U.K.). Sutherland did not record any official saves, but fought off a number off cross attempts.

The Bucs return home Wednesday, Sept. 13 to take on the Radford Highlanders inside Summers Taylor Stadium. The opening whistle is set for 7 p.m.