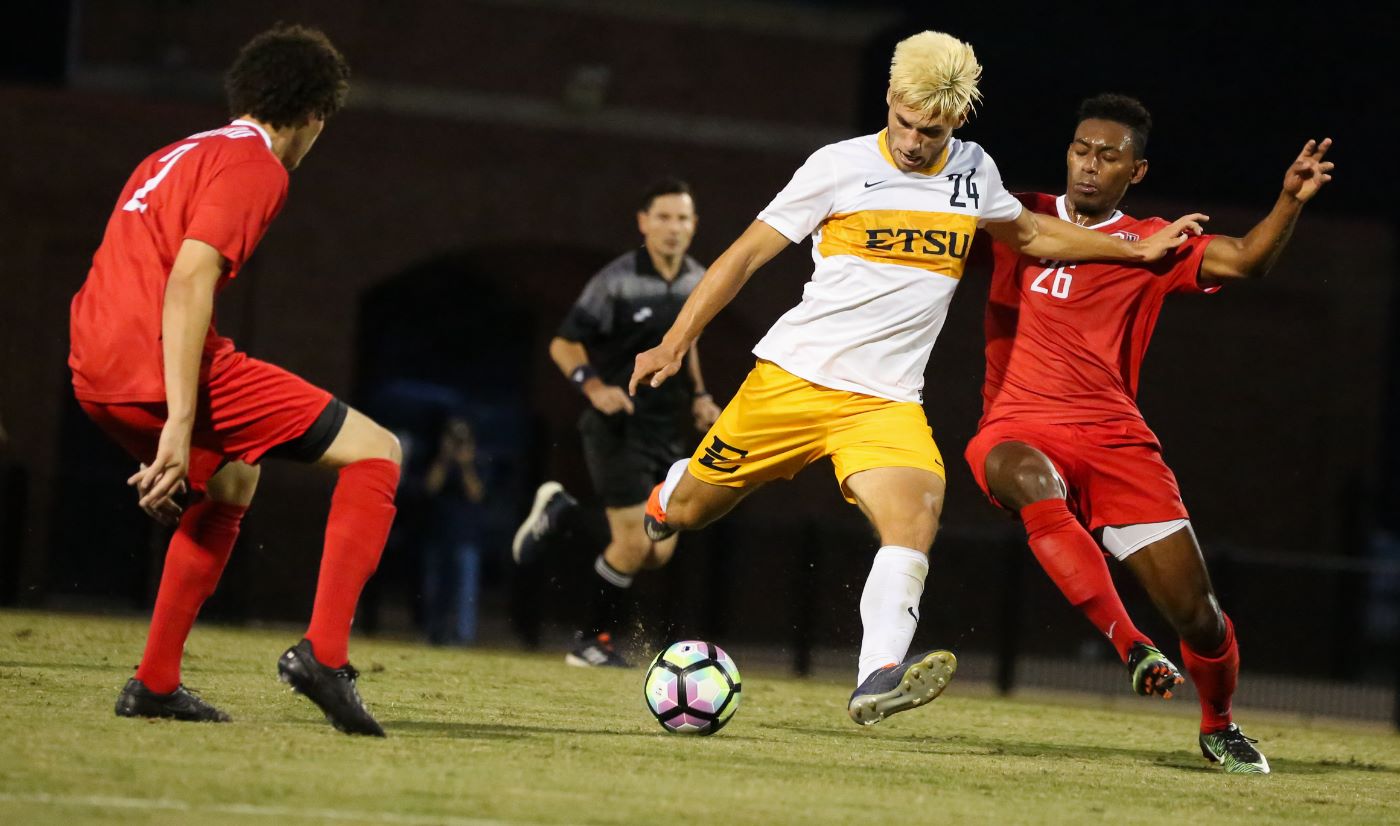 JOHNSON CITY, Tenn. (Sept. 13, 2017) – In a competitive and physical contest, the ETSU men’s soccer team finished level in nearly every statistic with Radford, as both teams settled for a 1-1 draw at Summers Taylor Stadium Wednesday night.

The Highlanders (2-2-1) struck early on a goal in the eighth minute by Sivert Daelie, marking the first time ETSU (2-1-2) has not scored first all season. That Radford lead would hold through halftime, despite the Bucs outshooting Radford 7-4.

In the second half, ETSU broke through for an equalizing goal in the 57th minute. Senior forward Fletcher Ekern (Knoxville, Tenn.) found twine off an assist from fellow Farragut High School graduate Austin Bihlmeyer (Knoxville, Tenn.) to tie the game.

Both teams would attempt multiple shots to break the tie, but neither would avail. Each team took 11 shots on the night, including three from Radford in overtime to ETSU’s one.

The contest also saw a combined 26 fouls in the battle, with 16 going against the Highlanders and 10 issued to the Bucs.

Ekern led the Bucs with four shots on the night, while freshman Danny Barlow (Newcastle, England had three).

The Bucs return will embark on a two-game road trip beginning this Saturday as the team travels to Liberty Sept. 16 with a noon kickoff time. ETSU then heads to Fairfax, Va. to face George Mason Sept. 20.

ETSU will then return home to begin its conference portion of the schedule as SoCon rival UNCG comes to Johnson City Sept. 26 at 7 p.m.