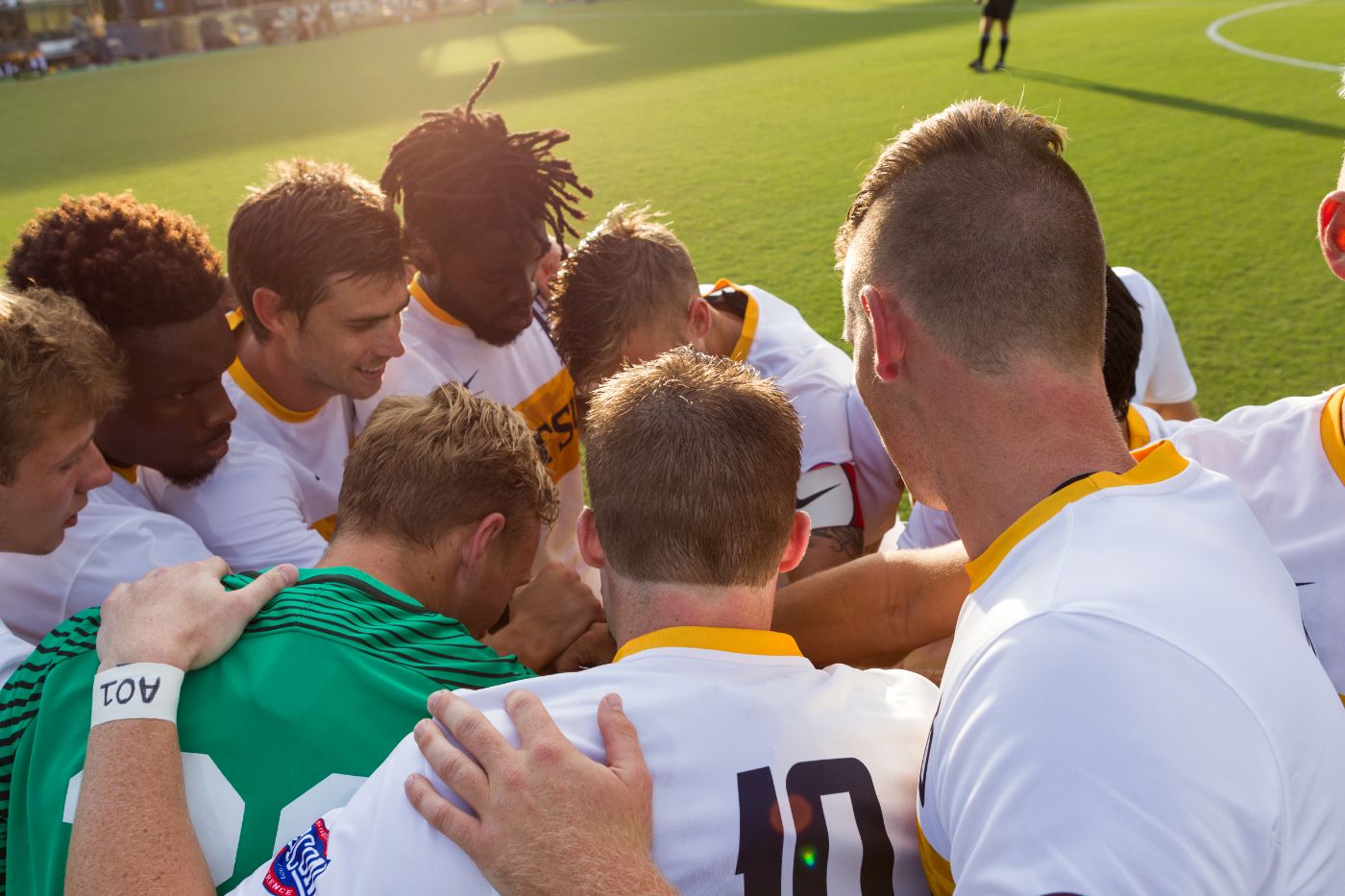 JOHNSON CITY, Tenn. (Sept. 15, 2017) – Coming off a fifth consecutive overtime battle, the ETSU men’s soccer team will finish its non-conference portion of the schedule in the next five days, squaring off against Liberty and later George Mason.

ETSU beings the trip with Liberty Saturday, Sept. 16 at noon in a mid-day matinee. This will be the first time all season ETSU has had an early kickoff, with the earliest game so far coming at 6 p.m. against Dayton in the season opener.

Last time out, the Bucs (2-1-2) battled to the end with Radford in a level contest, ending in a 1-1 stalemate.

The lone ETSU goal was scored by senior Fletcher Ekern (Knoxville, Tenn.), who is now second on the all-time ETSU list for career goals at 22. He needs five to break David Geno’s record of 26.

The assist on Ekern’s goal came by way of freshman and fellow Farragut High School alum Austin Bihlmeyer (Knoxville, Tenn.). Bihlmeyer has earned the last two assists for the Bucs, which ties him for the team lead alongside sophomore Bruno Andrade (Sao Paulo, Brazil).

The Flames are 3-1-1 on the season and return to Osborne Stadium in Lynchburg, Virginia after a three game road swing. The only home game Liberty has played so far was against ETSU’s Southern Conference foe, VMI, which ended in a 3-0 win for the Flames.

Liberty shares a common opponent with ETSU in the Dayton Flyers. The Flames picked up a 1-0 victory, while ETSU finished in a 1-1 tie despite a near-lopsided outing in the shot category.

Liberty finished 7-9-2 last season, which was its second consecutive losing season. Prior to 2015, the Flames had a nine season winning streak from 2006-14. The program has been around since 1975, with its last Big South Conference title coming in 2011.

The 2017 Flames’ roster is geographically diverse, as seven countries and 12 states are represented. North Carolina is the only state with four players on the roster – the most of any state or country – while Virginia totals in at three. Spain also has three representatives, while every other area has two or less.

The team is led by head coach Jeff Alder, who took over the program in 2001. Alder has led Liberty to its only two Big South Conference championships, which led to two NCAA tournament appearances.

The Flames have started hot offensively this season with 2.8 goals per game, which is good enough for sixth in the nation. Liberty is outscoring its opponents 14-4 and have amassed three shutouts, giving the team a .600 shutout percentage which ranks 14th nationally.

Junior forward Tresor Mbuyu is the catalyst for Liberty’s offense, as he enters Saturday second in the nation with six goals and is third with 2.6 goals per game. He is also fourth in the country with 14 points and has scored in four of five games for the Flames.

Midfielder Kevin Mendoza has been another key contributor for the high-octane offense, finishing last week as the Dayton tournament’s most valuable player with two goals and one assist in two games Friday and Sunday.

Sophomore goalkeeper James Knoebel stands between the pipes for Liberty and has kept the goalmouth on lockdown this season. He holds a .826 save percentage with 19 saves and only four goals allowed.

In the win, former Buccaneer player and graduate assistant James Smith nailed a penalty kick for the go-ahead goal. Junior goalkeeper Jonny Sutherland (Chester, U.K.), then a freshman, earned the shutout with only two saves, but a strong outing as far as distribution and shutting down the cross.

As mentioned earlier, Ekern is now four goals away from tying the program career goal record. Wednesday’s goal broke a tie for second place with former teammate Joao Ramalho at 21.

Sutherland is in line to become one of the greatest keepers in ETSU history, as he came into the season with the career record for highest save percentage at .766. With 17 saves this season, Sutherland ranks second on the career saves list at 157, trailing Ryan Coulter who has 182. Sutherland also needs 10 shutouts this season to tie the program career record held by Coulter (25).