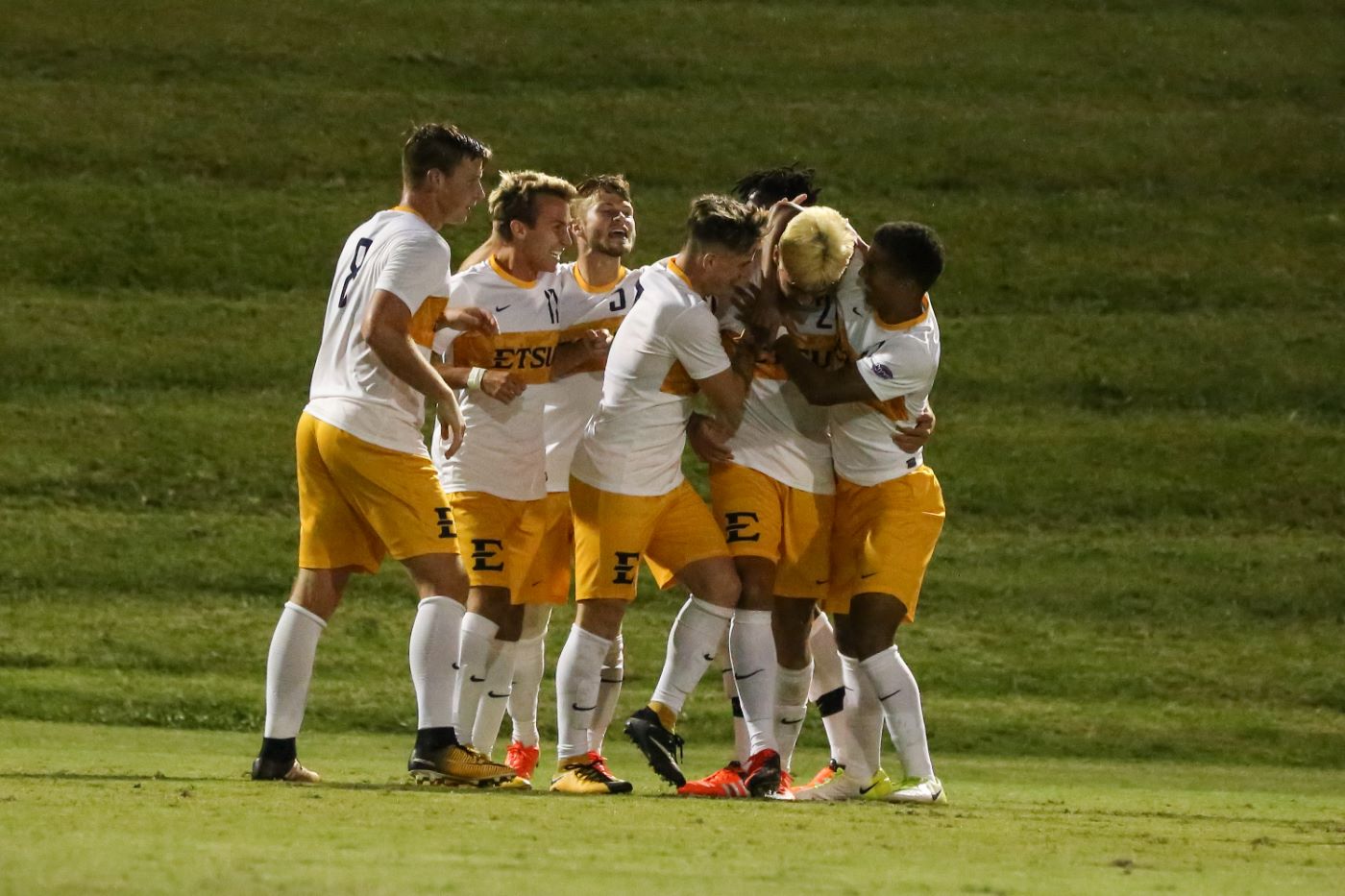 LYNCHBURG, Va. (Sept. 16, 2017) – The ETSU men’s soccer team picked up its third win of the season and its first in regulation, defeating Liberty 1-0 at Osborne Stadium Saturday afternoon.

Senior forward Richmond Taylor (Hendersonville, Tenn.) scored the game winner in the 37th minute, as his header off a corner from sophomore Bruno Andrade (Sao Paulo, Brazil) found twine from the right side.

Liberty, who finished with 10 shots, attempted to tie in the final three minutes with two corner attempts and one shot that missed wide, but junior goalkeeper Jonny Sutherland (Chester, U.K.) and company would hold strong and protect the net for the win.

Sutherland finished the game with a clean sheet, recording four saves for his second shutout this season – both on the road.

Today marks the first time this season Liberty has suffered a shutout, as the Flames were sixth in the nation in goals per game (2.8) prior to today’s contest.

Today’s contest marked the first time ETSU ended a game in regulation, as its previous five games were decided in overtime. The Bucs are now 3-1-2 on the season heading into its final nonconference contest.

The Bucs will now anchor in Fairfax, Va. for the next few days as they face George Mason Wednesday, Sept. 20. The team will then return home to begin conference play as SoCon rival UNCG comes to Johnson City Sept. 26 at 7 p.m.