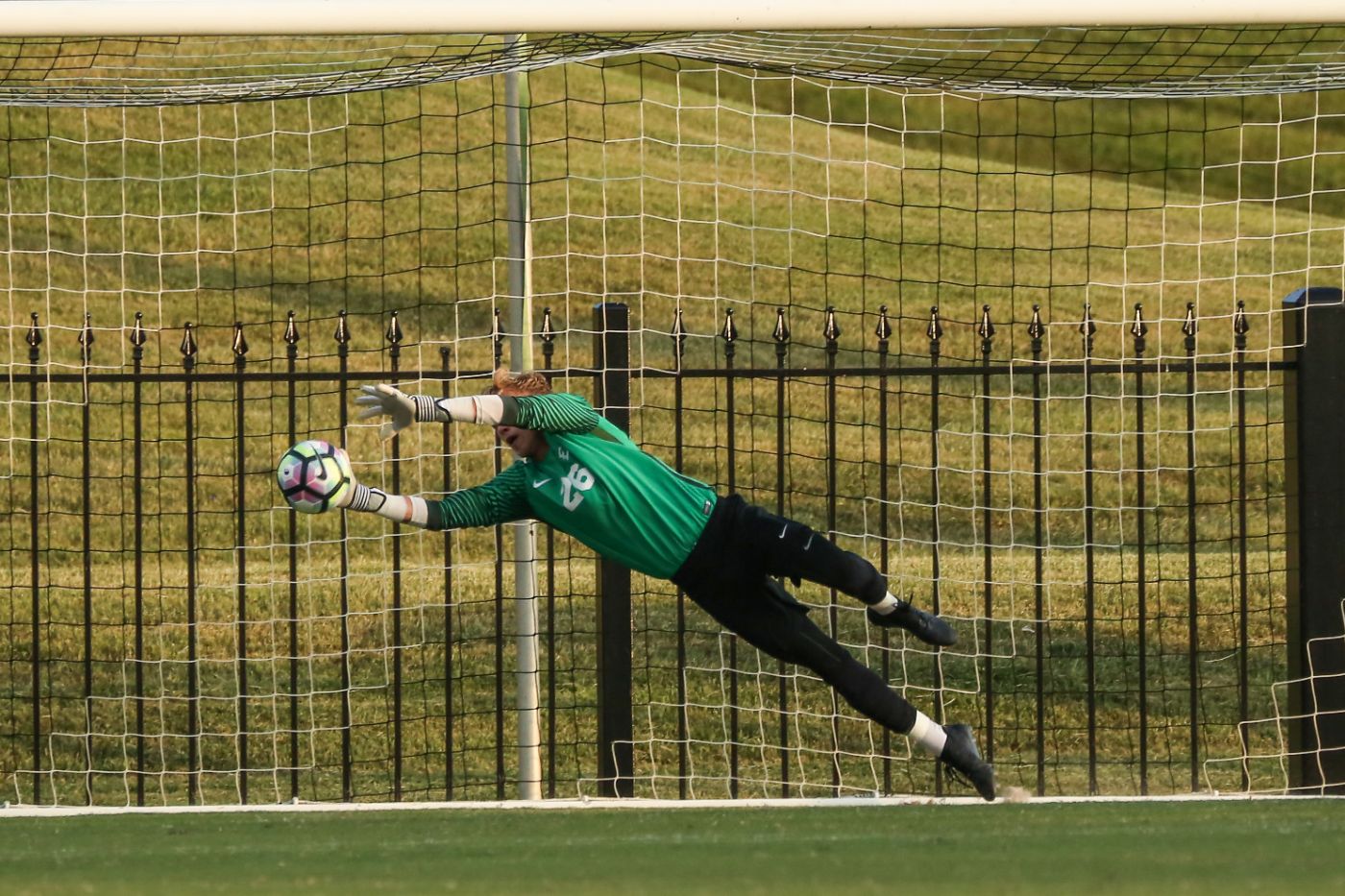 The Bucs opened up the five-day trip Saturday by handing Liberty its first shutout of the season, earning the 1-0 victory. ETSU’s senior forward Richmond Taylor (Hendersonville, Tenn.) was the hero, as he nailed the only goal off an assist from sophomore Bruno Andrade (Sao Paulo, Brazil). Taylor’s first half score was the first goal of his career at ETSU.

The win over Liberty also marked the first game this season that did not require extra time for the Bucs, as the previous five contests all went to at least two minutes of overtime.

The Patriots are in the last match of a three-game home stand and currently hold a 3-2-1 record. George Mason’s signature win so far came in its season opener, as it took down No. 19 Coastal Carolina 2-1.

George Mason has already surpassed last season’s win total, as it limped to a 2-12-2 overall record and had a 0-7-1 showing in A-10 conference play. Despite this, the Patriots have seen recent success with their last A-10 championship and NCAA tournament appearance coming in 2013.

The men’s soccer program at GMU began in 1968 and has appeared in 10 NCAA tournaments with six wins.

The team is led by head coach Greg Andrulis, who is in his 13th season with the Patriots. Andrulis has led the program to three NCAA appearances and has 25 years of head coaching experience, compiling a 240-157-62 career record and earning 106 wins at GMU.

Much like Liberty, it appears George Mason is an offensive-minded team as it has the ninth best scoring offense in NCAA D1 with 2.33. Furthermore, the Patriots rank 15th nationally with 14 total goals and 16th with 6.33 points per game.

Senior forward Henning Dirks is the nucleus of the Green and Gold offense, as he is among the national leaders in points with four goals and five assists. Dirks also mixes quality with quantity, as he’s an even .500 for shots on goal, shooting 8-for-16.

Sophomore midfielder Ryan Mingachos is the team’s clutch performer, as he brings two game-winning goals into tomorrow’s contest. His four season goals come on just eight total shots for a shooting percentage of .500.

Attempting to stop the Buccaneer offense will be freshman goalkeeper Corey Chambers, who has 30 saves on the season and a .714 goal season. Chambers has allowed 12 goals for a 1.90 goals against average to open his freshman campaign.

The two programs have only met one time, with the Bucs earning a 4-2 victory in the inaugural match last season. Despite a near-three hour lightning delay in Johnson City, the Bucs scored four goals en route to their first win of the 2016 season.

The Bucs fell behind within 15 minutes of the opening whistle, but would tie the game 14 minutes later on a goal set up by current ETSU forward Luke Parker (Memphis, Tenn.). Local product and another current Buc forward Javier Alberto (Johnson City, Tenn.) hit the go-ahead goal in the 37th minute to give the Bucs a 2-1 halftime lead.

After GMU scored the equalizer midway through the second half, the Bucs regained the lead courtesy of a goal by then-junior forward Cameron Woodfin (Old Hickory, Tenn.), who is now one of six seniors on the squad. The 4-2 win was capped by a penalty kick from former Buc Cameron Schneider in the 81st minute.

Sutherland is in line to become one of the greatest keepers in ETSU history, as he came into the season with the career record for highest save percentage at .766. With 21 saves this season, Sutherland ranks second on the career saves list at 161, trailing Ryan Coulter who has 182.

Sutherland also needs nine shutouts and eight wins to tie the program career records held by Coulter in each category.