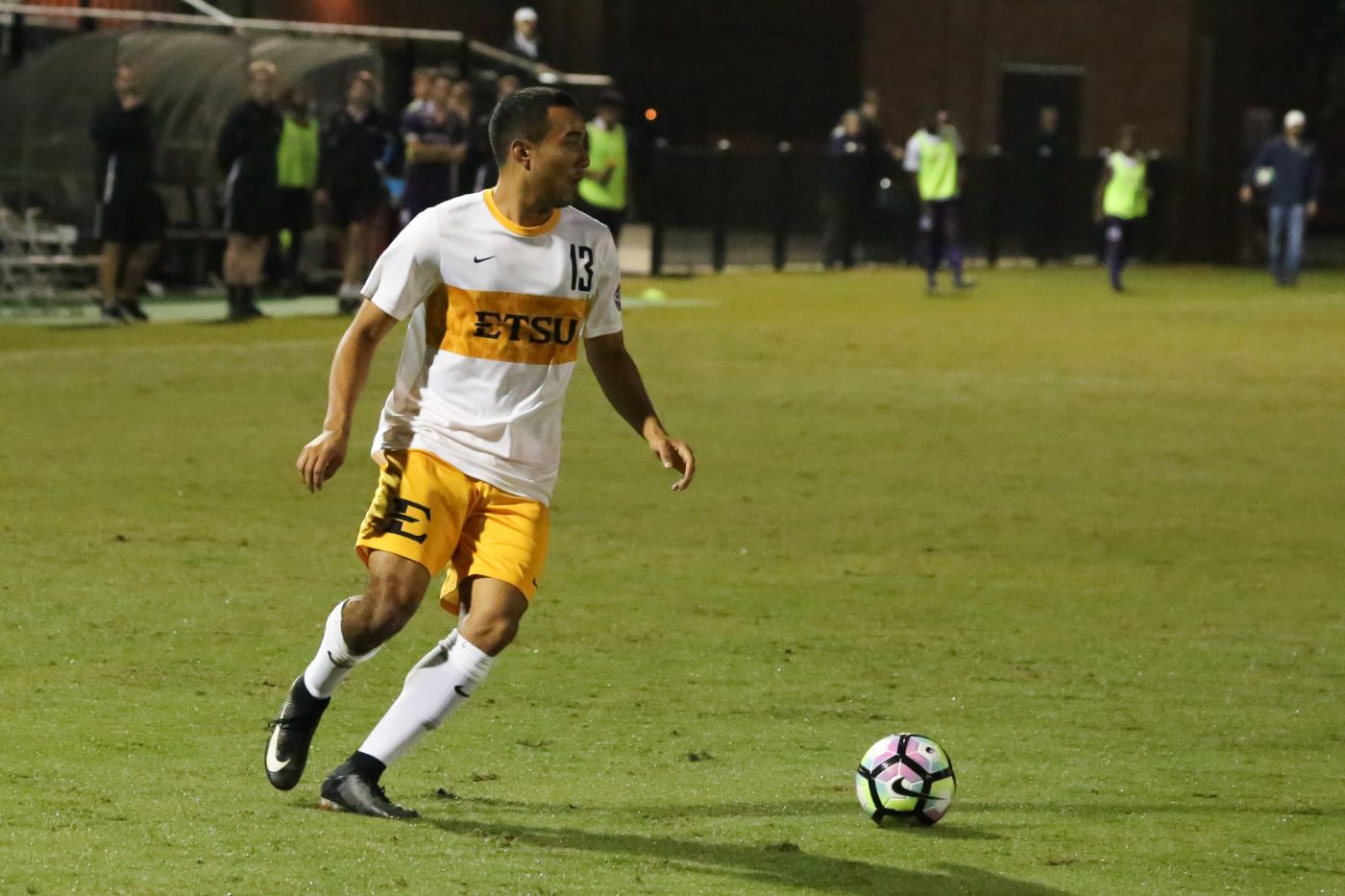 FAIRFAX, Va. (Sept. 20, 2017) – Heading into the final minutes of regulation tied and on the cusp of overtime, the Bucs allowed two goals in the final three minutes to fall 3-1 against George Mason in Fairfax, Va. Wednesday evening.

The Bucs surrendered a goal late in the first 45, as George Mason’s Henning Dirks found the net on a rebound with less than five minutes to go before halftime. Dirks’ initial shot was rejected by ETSU junior goalkeeper Jonny Sutherland (Chester, U.K.), but the put back would put the Patriots ahead.

The Bucs answered early in the second half with a goal that came a little over five minutes after halftime, as sophomore forward Javier Alberto (Johnson City, Tenn.) found the net unassisted from 15 yards out for the equalizer. The shot came 30 seconds after a corner attempt from fellow sophomore forward Bruno Andrade (Sao Paulo, Brazil).

The goal was Alberto’s first of the season and the fourth of his career, with the first career goal coming last season against George Mason in a 4-2 victory. Alberto attempted a team-high three shots in tonight's game.

The tie would last all the way until the final three minutes, as George Mason added two late goals – one of which was scored with one second remaining – to take the 3-1 victory.

Tonight’s contest marks the first loss for ETSU by more than one goal, as its only other loss came to Kentucky in a 2-1 overtime battle. The Bucs are now 3-2-2 on the season.

After finishing their non-conference schedule with a winning record, the Bucs now turn their attention to its conference opponents beginning with UNCG in Johnson City next Tuesday night, Sept. 26. The opening whistle from Summers Taylor Stadium is set to blow at 7 p.m.