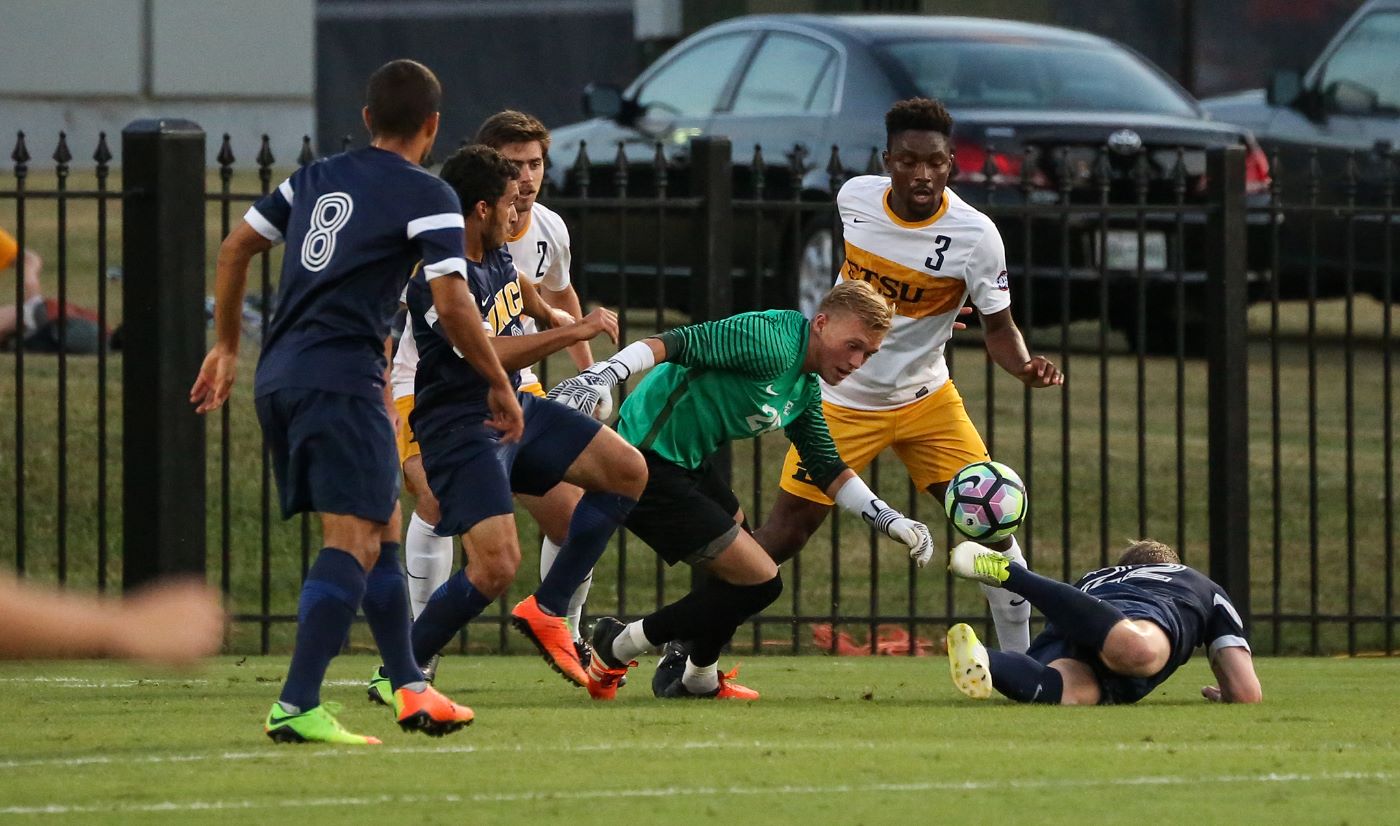 JOHNSON CITY, Tenn. (Sept. 26, 2017) – The ETSU men’s soccer team opened conference play in a defensive battle at Summers Taylor Stadium Tuesday night, as the Bucs finished in a 0-0 tie with the UNCG Spartans.

In a battle of top conference goalkeepers, ETSU junior Jonny Sutherland (Chester, U.K.) and UNCG junior Jon Milligan each turned in clean sheets. Sutherland turned in three total saves – all in the second half – to keep the Spartans off the scoreboard.

The Bucs were strategic offensively in the first half, setting the offense from the back-third and maintaining possession for most of the night. The two teams combined for five first half shots, as both back lines smothered most of the attacks.

Each team exploded in the second half with a combined 17 shots, with 11 coming from the Bucs. Senior forward Fletcher Ekern (Knoxville, Tenn.) led the charge with four total shots, while freshman forward Danny Barlow (Newcastle, England) added three.

In overtime, neither team could find the net. Ekern attempted the Bucs’ only shot in extra time, which missed wide early in the first two minutes. ETSU attempted a few more attacks, but could not manage a shot. The defense held strong and limited UNCG to two shots, with each missing the mark.