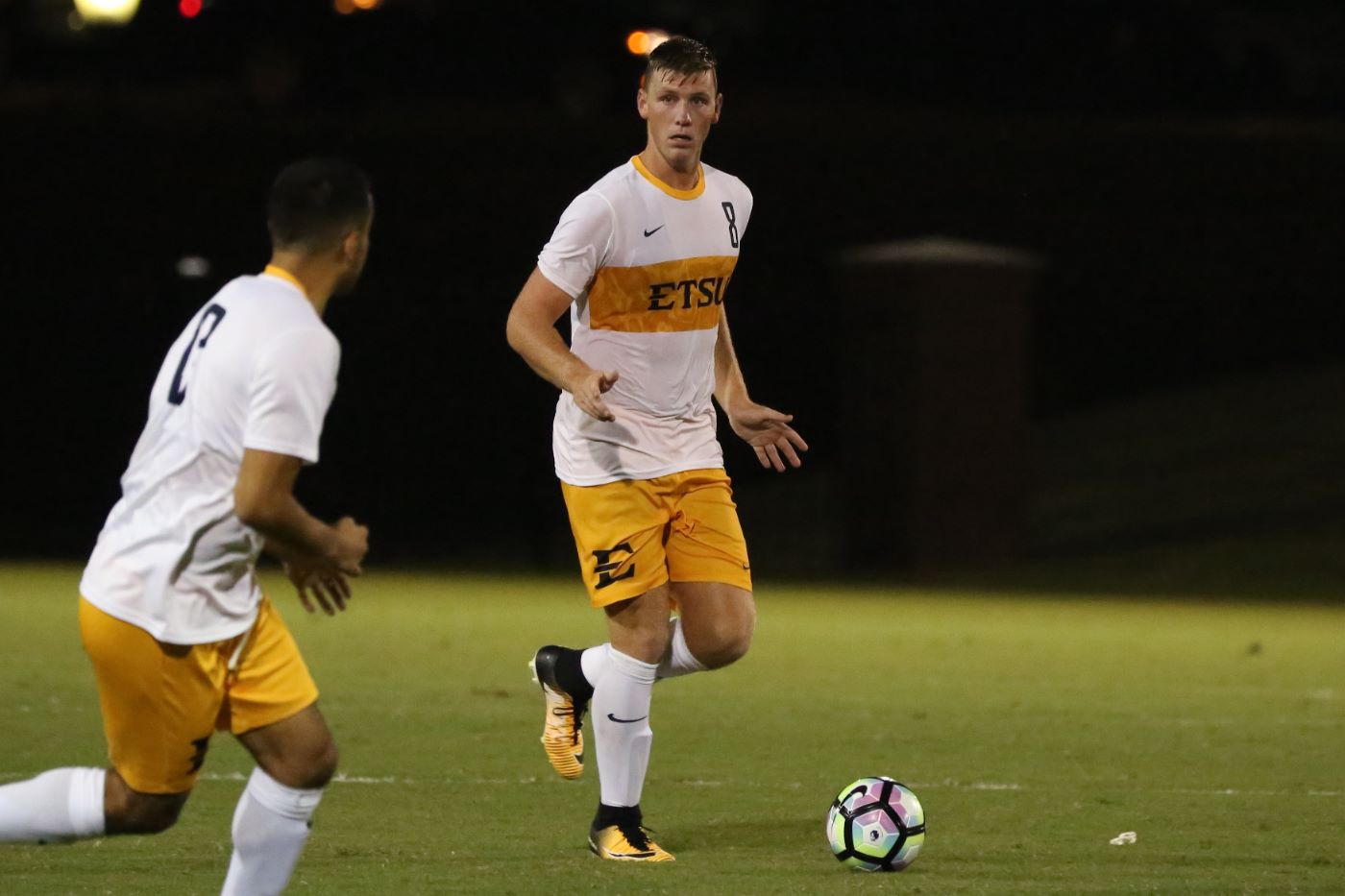 The victory gives ETSU (4-2-3, 1-0-1 SoCon) its first conference win of the season and the first road win over Wofford for head coach Bo Oshoniyi since taking over in 2014.

Every matchup the last four seasons between the rivals has ended in a one-goal margin, and just like the last three, this contest was back-and-forth and came down to the wire.

Wofford took an immediate lead just 75 seconds into the game after a header from Zach Aversano found the net off a corner kick. But the Bucs did not trail for long.

In the eighth minute, senior Ben Holt (Knoxville, Tenn.) received a pass from freshman Danny Barlow (Newcastle, U.K.) and shot from the left side of the 18 into the upper right corner. The goal was Holt’s first of the season, while the assist was Barlow’s first of his career.

In the 37th minute, Wofford regained the lead 2-1 with a penalty shot goal. The opportunity arose when ETSU was called for a foul in the box.

Once again, ETSU had an answer.

With a little over five minutes remaining until halftime, Spielman headed in a shot from inside the box off a 40-yard free kick from sophomore Bruno Andrade (Sao Paulo, Brazil) for the equalizer and his first goal of the season.

Spielman’s second goal came five minutes on the other side of halftime. In a bit of déjà vu, the Melbourne, Fla. Native scored off another set piece from Andrade to put the Bucs ahead 3-2. Andrade’s assist gives him a team-high of five on the season.

Next week in conference action, the Bucs will travel to VMI Oct. 3 and kickoff at 4 p.m. to open the October portion of the schedule.

The VMI game will be followed by a home contest with conference front-runner Furman Friday, Oct. 6. Kickoff from Summers Taylor Stadium is set for 8 p.m.