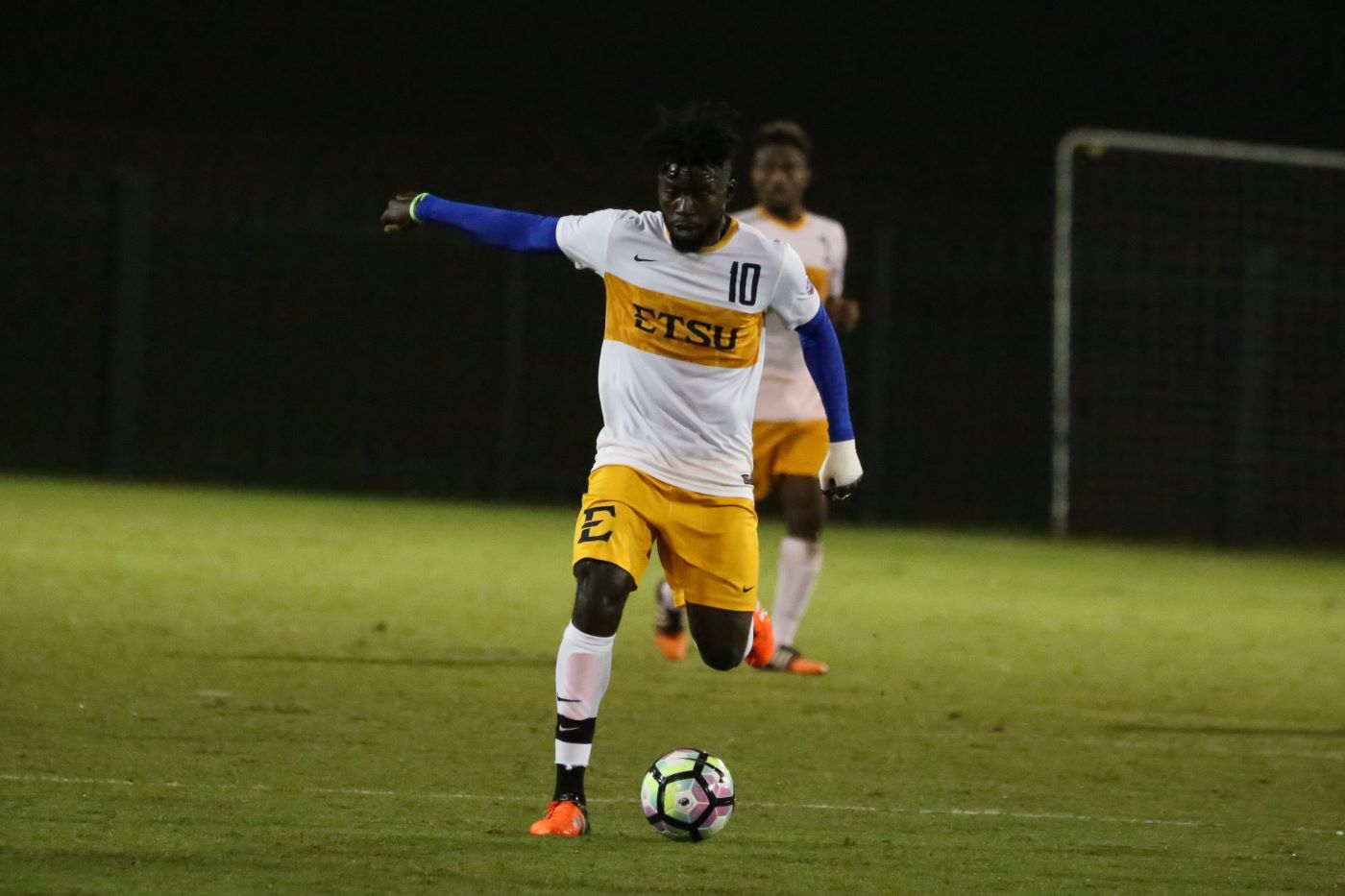 LEXINGTON, Va. (Oct. 3, 2017) – The ETSU men’s soccer team put together its most complete performance of the season Tuesday evening, rolling to a 5-0 victory over VMI at Patchin Field in Lexington, Va.

The Bucs outshot VMI 14-1 and dominated possession most of the game, working a tactical-passing style offense. The scoring outburst gives ETSU its highest scoring game of the season, as the team strung together five goals from five individuals.

In the 22nd minute, senior Ben Holt (Knoxville, Tenn.) found the upper mid portion of the net after a shot attempt by freshman Danny Barlow (Newcastle, England) was deflected off a defender. The goal was Holt’s second of the season and second in two straight games.

The Bucs would add to their lead before halftime with two goals in the 38th and 44th minutes. Both goals developed off assists from junior Serge Gomis (Dakar, Senegal) who now has three assists on the season.

Gomis first set up junior Nick Spielman (Melbourne, Fla.), who headed in a shot for the third time in two games to put the Bucs ahead 2-0. With just over a minute before halftime, sophomore Bruno Andrade (Sao Paulo, Brazil) rolled one past the VMI keeper after a double-assist setup by Gomis and senior Fletcher Ekern (Knoxville, Tenn.).

In the second half, Barlow scored on a penalty kick after Spielman was fouled in the box in the 49th minute, putting the Bucs ahead 4-0. The goal was Barlow’s second of the year.

The final goal came late in the game, as senior Richmond Taylor (Hendersonville, Tenn.) capped the scoring with a shot into the lower right corner. Freshman Josh Denton (Knoxville, Tenn.) earned his first career assist in the process.

Junior goalkeeper Jonny Sutherland (Chester, U.K.) finished smoothly in goal, turning in the shutout by fighting off one corner attempt. VMI recorded no shots on goal.

The Bucs are now 9-0 all-time against VMI and have outscored the Keydets 28-4 in the all-time series.

ETSU’s next contest has been rescheduled for Friday, Oct. 6 at 8 p.m. inside Summers Taylor Stadium. The Bucs will clash with Furman in a battle of two top Southern Conference contenders.